The Late Show celebrated Cyber Monday with a bittersweet trailer for an updated Miracle on 34th Street.  “I love shopping on Cyber Monday, because nothing beats spending the holiday season on hold with the Bank of America fraud department,” Jimmy Fallon joked on The Tonight Show. In Washington, meanwhile, “first lady […]

The Late Show celebrated Cyber Monday with a bittersweet trailer for an updated Miracle on 34th Street.

“I love shopping on Cyber Monday, because nothing beats spending the holiday season on hold with the Bank of America fraud department,” Jimmy Fallon joked on The Tonight Show. In Washington, meanwhile, “first lady Jill Biden revealed this year’s White House holiday decorations,” he said. “The theme of this year’s decorations is ‘Gifts from the Heart’ — as opposed to today’s theme, ‘Gifts I found online for 60 percent off.'” Somehow, “even former President Trump made it onto one of the ornaments — this is real,” he said. “You know that’s definitely on the side of the tree that faces the wall.”

“Of course the big news that everyone is talking about is this new COVID variant,” Fallon said. “Omicron — it sounds like a Transformer who can’t smell or taste.”

“Omicron has been declared a ‘variant of concern’ by the World Health Organization,” Jimmy Kimmel said on Kimmel Live. “Experts are hoping it ends up being like the second season of Tiger King, where everybody talks about it but nobody actually experiences it. But of course the right-wingnuts have a theory on this. Their theory is that this variant is some kind of ploy concocted by the Democrats to help them win elections.”

Among the proponents of this ludicrous theory is former White House doctor and current Texas congressman Ronny Jackson. “All right, let me get this straight, Dr. Ronny,” Kimmel sighed. “Chuck Schumer and Nancy Pelosi developed this variant to encourage Democrats to vote by mail, is that how it goes? Seems like maybe you’re giving them too much credit. You think Democrats are that organized? They can’t even get Joe Manchin to support maternity leave, I don’t think they’re creating viruses.”

This year’s White House Christmas theme, “Gifts From the Heart,” is “a significant departure from former first lady Melania Trump’s theme, which was ‘Dead on the Inside,'” Kimmel joked. But “the White House Christmas festivities inadvertently set off a rare moment of truth on the right-wing Fox wannabe Newsmax today, where the veil of anti-Biden BS lifted ever so slightly.”

The Late Show‘s Stephen Colbert dubbed Cyber Monday “Buy Jeff Bezos a Second Penis Rocket Day,” but he used the occasion to promote a handful of local small businesses. Nick Offerman helped create an ad for one of them, Redmon’s Popcorn.

9 best Christmas gifts for couples that they can enjoy together

Tue Nov 30 , 2021
Are your giftees travel lovers or total foodies? (iStock/The Independent) Shopping for Christmas gifts can be hard at the best of times. So, when you find yourself with two people to please, the task can feel twice as daunting. Whether they’ve just moved in together, recently got hitched or have […] 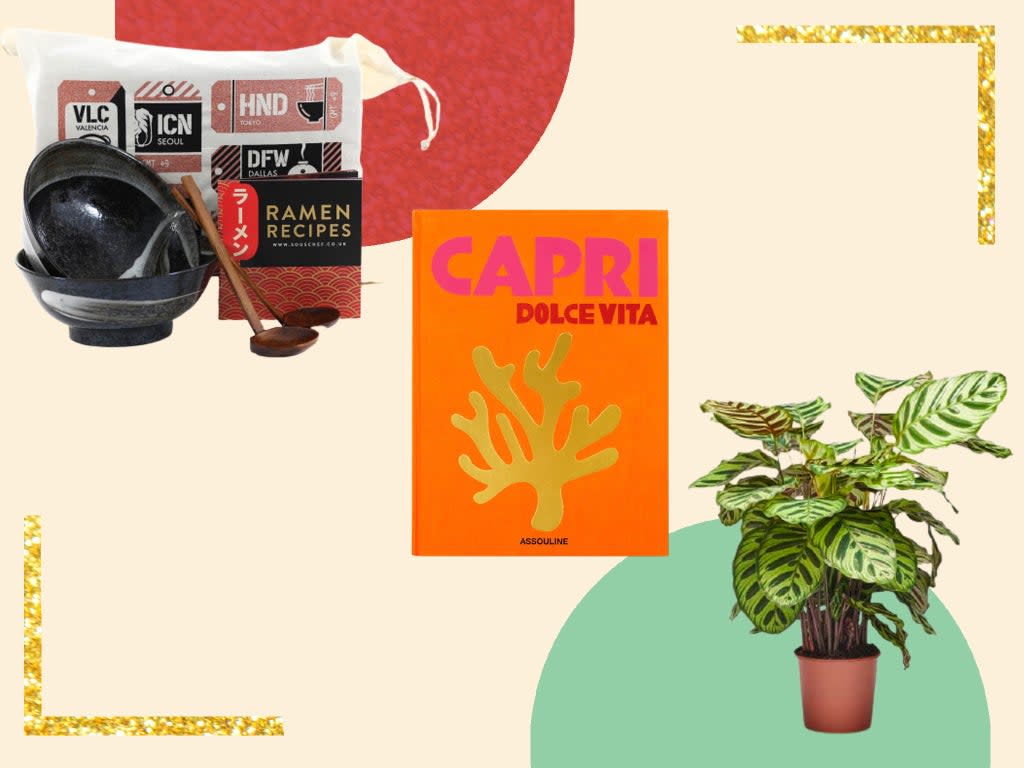