WHEN rumors started flying in January 2021 about Kourtney Kardashian’s rumored romance with Blink-182’s Travis Barker, the pair couldn’t have predicted they would become one of the most talked-about celebrity couples of the year.

Here’s a complete timeline of their romance, from cutesy Instagram comments to sexy VMAs snaps.

Prior to 2021, Kourtney and Travis were just friendly neighbors.

Members of the Kardashian family have been photographed with Travis for well over a decade.

It’s easy to characterize their slow-burn romance as Kourtney for falling for “the boy next door,” because Travis has been her neighbor in Calabasas for years.

Travis has even made appearances on Keeping Up With the Kardashians a few times, bringing his kids over for a playdate, helping decorate for Christmas, and attending Kourtney’s birthday party.

The pair also increased their activity in the Instagram comments section, raising eyebrows by leaving flirty emojis on each other’s photos.

Later that month, entertainment news outlets began reporting that sources close to the couple had confirmed their romance began in late 2020.

They celebrated the romantic holiday in front of a warm fire, both of them posting video of the comforting crackle to their Instagram stories.

Kourtney also uploaded a photo of a goofy handwritten poem to mark their first Valentine’s Day together: “Roses are red, Violets are blue, Garlic bread, Blink-182,” the message said.

The pair concluded their debut with a photo on Kourtney’s feed, showing off her bright new mani while holding hands with heavily-tattooed Travis.

In an appearance on The Drew Barrymore Show, Travis alluded to his budding romance with Kourtney.

“I’m spending time with a woman who’s a great mom, who’s a great friend,” he said, speaking highly of his still-new relationship.

“It just comes natural. It’s like a maturity thing,” he added

Then, the couple took their next big relationship step: brand cross-promotion.

Kourtney posed for her Instagram story in a comfy hoodie branded with Barker Wellness Company, her boyfriend’s CBD-infused line of wellness products.

Travis shared the post to his story right away.

They kept up the momentum through March, with fans and photographers recording sightings at vegan restaurants in West Hollywood, Nobu in Malibu, and a UFC event in Nevada.

Notably, the UFC event is the first instance of Kourtney and Travis being photographed with fellow it-couple Megan Fox and Machine Gun Kelly.

They also posted their first TikToks together in April, along with their kids, on a ski trip in Utah.

To recognize their first Mother’s Day together, Travis repeated his winning floral gesture, surprising Kourtney with huge bouquets of roses and peonies.

They kept on celebrating their families together, taking the first of several recorded joint trips to Disneyland.

After that trip, Travis referred to Kourtney as the “love of his life” for the first time in a photo caption.

She reciprocated the affection, posting lots of photos of the two together in both chaste, sweet positions and not-so-innocent embraces.

Throughout June, July and August, Kourtney and Travis kept up their steady stream of romantic posts, and hit a few notable milestones as well.

Travis’s daughter, Alabama, posted a cute video of the couple playing piano together on her own Instagram story.

“This is what I come home to,” she wrote, including a big-eyed emoji that expressed her awe at the sheer cuteness.

Alabama also said in one Instagram comment that she was “so happy for” the pair, feeding the flames of engagement rumors.

Along with a few more family trips to Disneyland, Kourtney and Travis also took a very significant trip to Mexico together.

The trip was his first flight since 2008, when Travis and friend Adam Goldstein were the only two survivors of a plane crash that also left Travis with severe burns all over his body.

On August 17, the drummer posted a photo of himself holding Kourtney in his arms, posed in front of a jet.

“With you anything is possible,” the rocker wrote.

By September 12, he had flown five separate times.

September marked the biggest media appearance yet for the couple: a wild night out at the VMAs with partners-in-crime Machine Gun Kelly and Megan Fox.

Travis was shirtless underneath a studded black blazer.

After smooching for the paparazzi, Kourtney and Travis also both appeared on stage at the event.

Travis appeared alongside musician Machine Gun Kelly, and Kourtney partnered with Megan to introduce their men.

“I’m a huge fan of this next performer, I’ve watched him grow – not just as an artist but also as a person,” Megan began, hinting to MGK’s appearance.

“I’m a fan too and I think his drummer is super hot,” Kourtney chimed in.

Megan ended the introduction with a cheeky line: “Get super loud for our future baby daddies.”

The foursome made headlines the next day not for their red carpet photos, but for a series of photos featuring the couples making out in the bathroom at the event.

As Megan’s “baby daddies” comment has sparked pregnancy rumors, Kourtney and Travis have kept up their frequent posting.

In one set of photos, the couple showed off custom necklaces featuring each other’s names.

Self-proclaimed “Queen of Halloween” Kourtney has spent much of October getting ready for frightening festivities.

Travis is fully in support of his goth girlfriend’s seasonal snaps, posting a photo of his own, and captioning it “I want your skull.”

“I need your skull,” Kourtney captioned back.

Plus, the two posted matching photos of bride-and-groom skeleton decorations, hinting that a very haunted marriage may be in the cards for the pair.

Thu Oct 14 , 2021
Roblox’s online roleplaying game Ghostopia gets a partnership with MGM, adding The Addams Family to the virtual world in time for Halloween. Supersocial’s roleplaying game Ghostopia secured a partnership with MGM, bringing The Addams Family to Roblox’s new multiplayer experience in time for Halloween. Supersocial, a developer and publisher for the […] 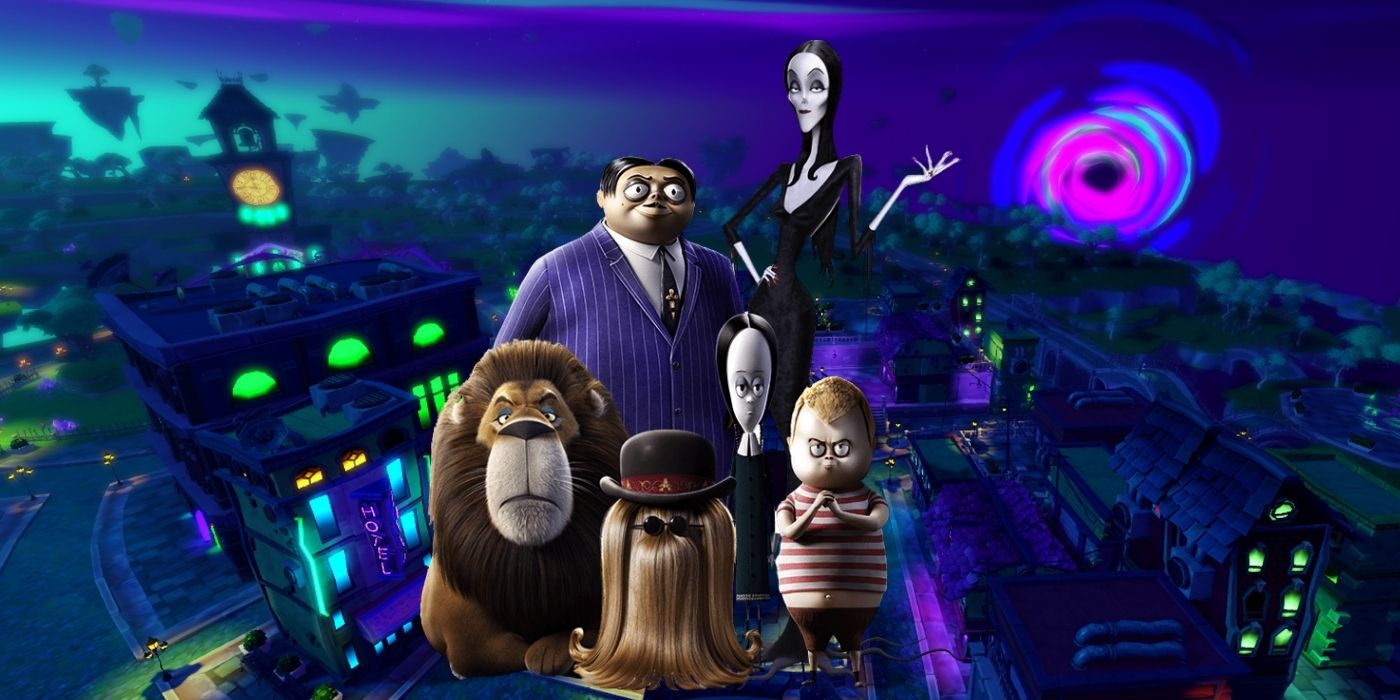