Kelly Behun Teams Up With The Invisible Collection

This week, Kelly Behun and The Invisible Collection launched their new collaborative furniture collection, inspired by the likes of Antoni Gaudí. “Visiting Gaudí’s iconic Parque Güell in Barcelona many years ago had a profound impact on me,” the AD100 designer explains to AD PRO of one component of her design inspiration. “I have been in thrall to mosaic as an art form ever since. Despite it being comprised of bits of hard stone, there is a fluidity to the material that is compelling. It lends itself to customization quite beautifully.”

Behun notes too that for one mosaic product, a coffee table pictured below, she “wanted it to appear as though it was growing up from the carpet it sits on,” and that “in person, it’s hard to tell where one ends and the other begins.” In a way, it possesses its own form of invisibility.

Pottery Barn Kids is getting a new set of products from the bridal fashion designer Monique Lhuillier. But the bigger news is her foray into furniture and home goods. “As a designer, I seek to create environments that evoke a sense of magic, whimsy, and inspiration,” Monique Lhuillier comments to AD PRO of her inaugural collection for Pottery Barn Teen. “Together with Pottery Barn Teen, we have created a beautiful, timeless collection that is fashionable and fun.”

Cambria and Gensler Are Out With a New Quartz Surfacing Collaboration

In Pursuit of a More Just World

More “Black at…” Instagram Accounts Appear Within the Design Community

While the design industry has already seen Black individuals take to Instagram to share stories of workplace experiences, two more accounts have recently surfaced to light. Black at SOM and Black at AIA have both become forums for anonymous current and former employees to speak out. Their posts are important reads for anyone in the architecture field.

The pandemic has impacted the design industry in major ways. ASID is launching a survey—all designers can respond, and will receive a $10 Amazon gift card as a thank-you—that will look at the specifics, including changes in designers’ businesses, impact on the built environment, and more. Multiple surveys will be launched over the coming months to analyze the long-term impact of COVID-19 on the health of the industry. Respond to the survey by July 24 to participate in the first round.

Rare Antoni Gaudí Bench Set to Be Sold at Bonhams

Mark your calendars for July 31. That’s the date when Bonhams New York will put a rare Antoni Gaudí prayer bench up on the auction block. The piece is expected to sell for $200,000–$300,000. Benjamin Walker, Bonhams’s global head of design, noted in a press statement: “It is extraordinarily rare to offer any work of art from Antoni Gaudí, especially with certification of authenticity. The fact that this bench was executed by one of the masters of 20th-century design and has been in a private collection for more than four decades makes it even more remarkable.” Across the pond, Christie’s London’s Classics Week continues on, with sales slated to take place through the end of this month. In other words, July brings with it something for collectors of time periods recent and not so recent.

Harvard GSD Gets Behind a Design Yard Sale for Racial Justice

Want to buy art created by Frank Gehry or Billie Tsien, and all in the name of a very good cause? Look no further than the Design Yard Sale for Racial Justice, which is raising money for The Bail Project. Organized by students and alumni of Harvard GSD, its next auction is slated for July 20–25 with items such as the blueprints of Robert Venturi’s iconic Vanna Venturi House. However, in the first two weeks of July, the organization has already raised upward of $50,000 to help combat racial injustice.

Round Two of a Charitable Initiative for Kips Bay Debuts

Interiors PR pro Christina Juarez launched an Instagram campaign earlier this year to benefit Kips Bay Boys & Girls Club, asking those in the industry to post photos of themselves in caftans on Instagram to raise awareness and funds. The initiative raised more than $20,000 for the New York nonprofit, which had lost major fundraising dollars thanks to the cancellation of the yearly Presidents Dinner and show house. Earlier this week, Juarez launched #CaftanChallenge Part 2. With donated fabric, she is creating caftans that will be sold via trunk shows and pop-ups to further benefit the organization. The first event will take place August 2 at designer Katie Leede’s Sag Harbor, New York, shop.

Following a push to enact Greenhouse Gas Protocol standards, sintered stone maker Neolith reported no net release of carbon dioxide from gate-to-gate emissions in 2019. The company has a diversified portfolio of sustainable actions to thank: For starters, 100% of the company’s electricity for the year was harnessed from renewable energy sources, and reductions in forklift truck diesel consumption and hazardous waste contributed to the carbon neutrality. In addition, 90% of Neolith’s generated waste is recycled in-house or through third-party organizations, and nearly half of the company’s slab composition is produced from recycled material. Increased participation in environmental initiatives, one focused on protecting the biodiversity of the Guatemalan Caribbean Conservation Coast in particular, aided in the manufacturer’s carbon offsetting.

The Gucci Epilogue collection that Alessandro Michele is live-streaming today is notable for several reasons. It is the last the creative director will show on the current seasonal fashion calendar—a 12-hour event that encompasses both fashion show and campaign shoot, and will be modeled by the very studio team that made the garments. From an architectural vantage point, it also opens the doors to two intriguing Roman landmarks: The first is Palazzo Sacchetti, a late-Renaissance building, and the second is Campo Boario, a Kurdish cultural institution. At a time when travel has been all but halted, consider it a rich opportunity for exploration. Viewers can tune into the live stream until 8 p.m. ET today.

On a similar, fashion-focused note, Giorgio Armani will open a pop-up in East Hampton on Saturday. It’s a perfect summer shopping opportunity for those in search of a wardrobe refresh. The address is 54 Newtown Lane, East Hampton, New York.

Frieze Says It Had “No Choice” But to Cancel London Plans

Frieze London is officially off. The fair, which was slated for October, will now take place online. “Sadly, without guidance from the government on events, and ongoing complications on travel, we had no choice,” a spokesperson told Artnet News.

On a happier note, the Getty Foundation announced the final round of its Keeping It Modern grants. Specifically, 13 20th-century buildings that will receive a total of $2.2 million to go toward their preservation efforts. (The Orange exhibition hall at Centre International du Commerce Extérieur de Dakar and Abraj Al-Kuwait, otherwise known as Kuwait Towers, were two winners.)

Fri Jul 17 , 2020
Preston Byrne, a columnist for CoinDesk’s Opinion section, is a partner in Anderson Kill’s Technology, Media and Distributed Systems Group. He advises software, internet and fintech companies. His biweekly column, “Not Legal Advice,” is a roundup of pertinent legal topics in the crypto space. It is most definitely not legal […] 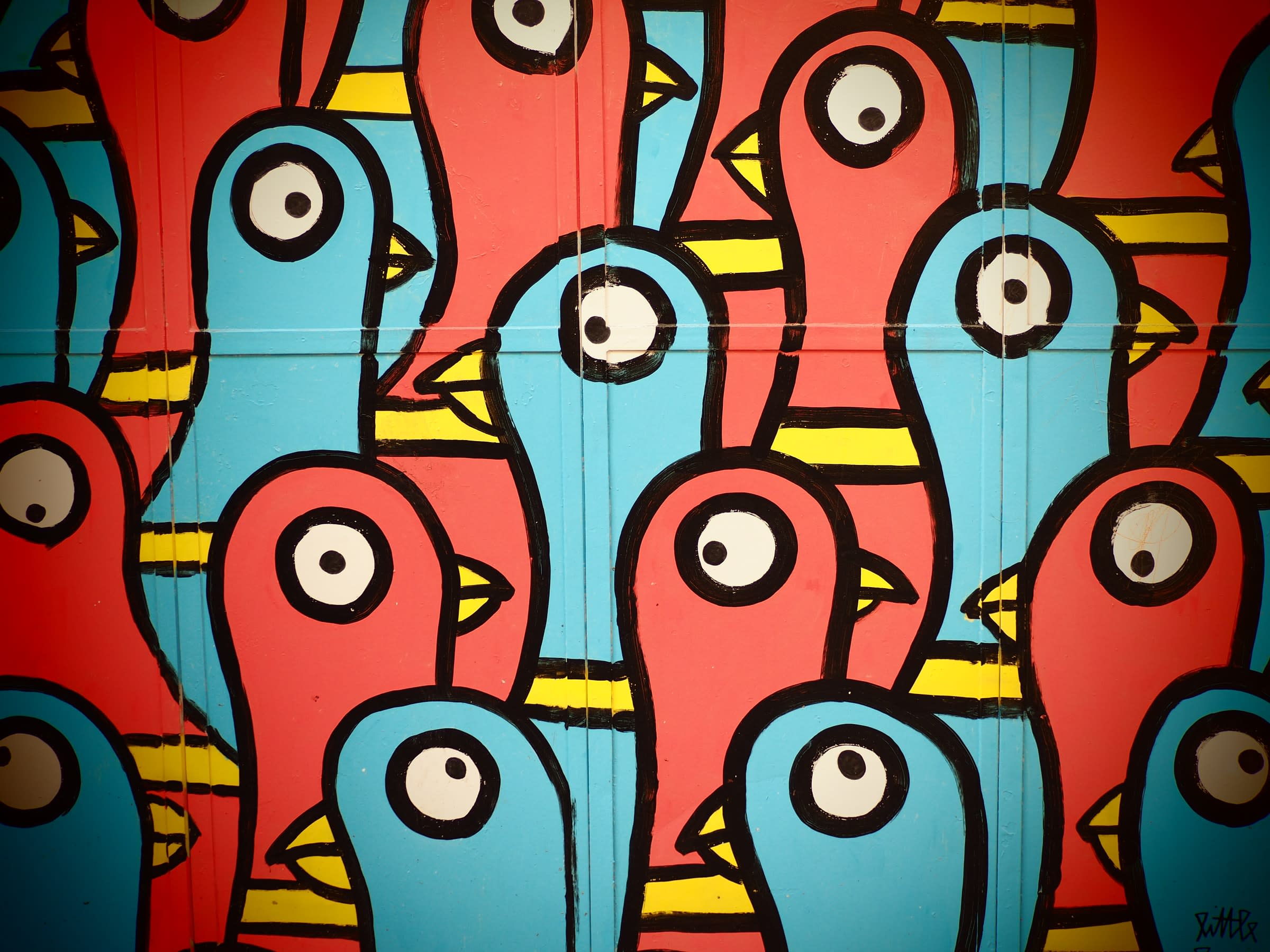