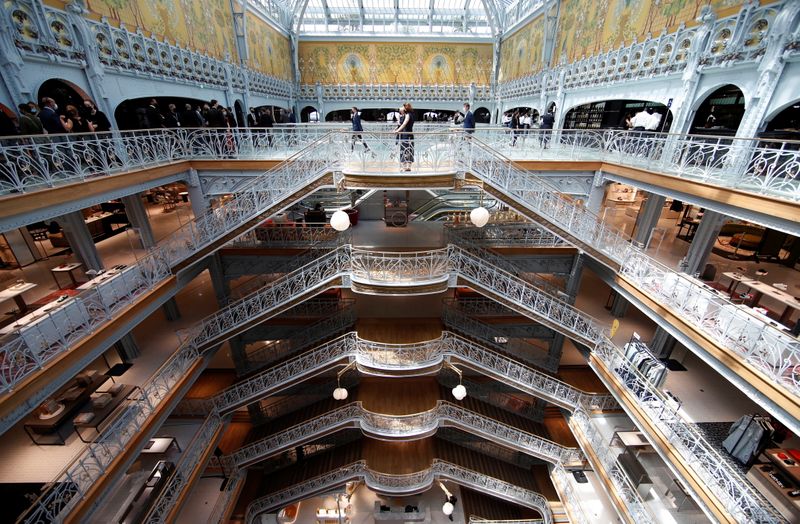 © Reuters. A view shows the monumental staircase with Art Nouveau decoration inside the revamped Samaritaine department store ahead of its reopening in Paris, France, June 21, 2021. REUTERS/Gonzalo Fuentes

After a seven-year makeover, the historic store will reopen to the public on June 23 and rival the likes of Galeries Lafayette, housing a hotel, restaurants and shops. Its reopening, originally scheduled for last year, was delayed by the coronavirus emergency.

With contagion rates falling in most of Europe, France began to lift restrictions in mid-May but foreign travellers, particularly non-Europeans, are still largely absent.

Spending by visitors to France remains a major source of income for high-end brands, even if Chinese shoppers, the industry’s number one clientele, have been buying a lot more at home during the pandemic – a shift expected to outlast the health emergency.

Its latest venture, with 20,000 square meters of shopping space, sits on the banks of the Seine, close to tourist magnets like Notre-Dame Cathedral and the Louvre museum.

La Samaritaine is famed for its 1920-era building and gilded Art Deco facade but the revamped store will include a 100-metre airport-style moving walkway through a tunnel to nearby parking.

Facing competition from online retailers, department stores were seeking to reinvent themselves as day-trip destinations even before the COVID 19 pandemic. The crisis has forced several prestigious U.S. names to file for bankruptcy.

Eleonore de Boysson, the Europe and Middle East head of DFS Group – a retail and duty free company majority owned by LVMH which runs the department store – said it may take one or two years for tourists to return en masse to France. La Samaritaine expects around 5 million visitors a year when things go back to normal.

“We wanted to reopen at a time when life is starting to come back,” she said.

The store will host 600 brands, of which 50 exclusively, and offer shoppers a wide range of prices.

It hopes to rival peers like Qatari-controlled Printemps and family-owned Galeries Lafayette. Some 37 million shoppers visit the latter’s main store in Paris every year.

LVMH, which first snapped up a stake in La Samaritaine in 2001, has spent 750 million euros on its makeover, which includes a contemporary, undulating glass exterior on one side by Japanese architectural duo SANAA.

The store had to shut its doors in 2005 as its original glass flooring was not sufficiently fire-resistant.

The complex will include a luxury rooftop hotel and be home to 96 flats under a social housing scheme.

Disclaimer: Fusion Media would like to remind you that the data contained in this website is not necessarily real-time nor accurate. All CFDs (stocks, indexes, futures) and Forex prices are not provided by exchanges but rather by market makers, and so prices may not be accurate and may differ from the actual market price, meaning prices are indicative and not appropriate for trading purposes. Therefore Fusion Media doesn`t bear any responsibility for any trading losses you might incur as a result of using this data.

Fusion Media or anyone involved with Fusion Media will not accept any liability for loss or damage as a result of reliance on the information including data, quotes, charts and buy/sell signals contained within this website. Please be fully informed regarding the risks and costs associated with trading the financial markets, it is one of the riskiest investment forms possible.

Women in the craft beer industry say they're treated like they don't belong. Now, they're speaking up.

Mon Jun 21 , 2021
Brienne Allan started working in the craft beer field a decade ago, as a bartender. Once the brewery got its license, a manager asked her to transition to the beermaking side of things. That’s when she says the owner walked up to her. “He said women don’t belong in the […] 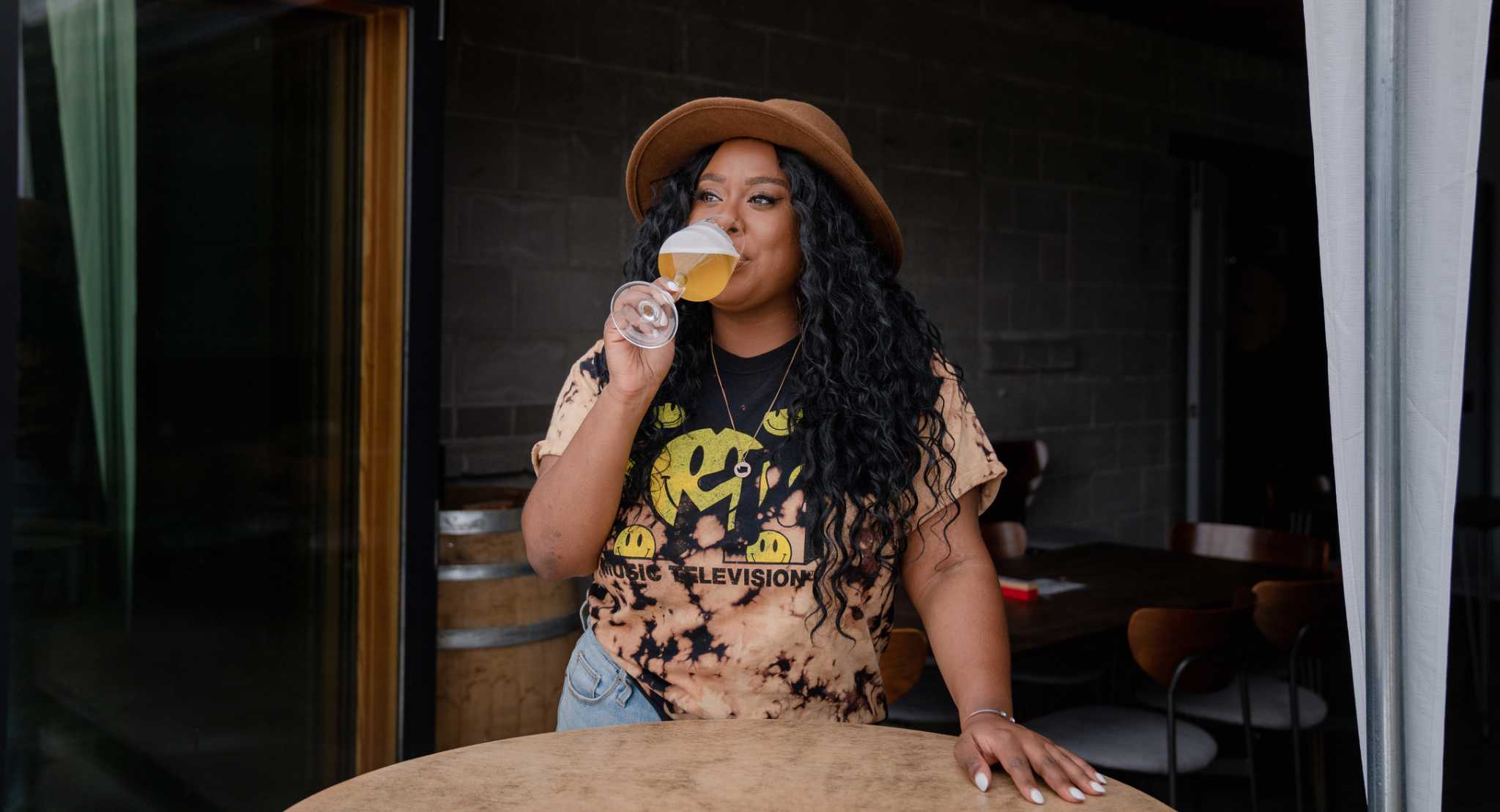