Pedestrians carrying shopping bags wait to cross a street in the SoHo neighborhood of New York on Oct. 24, 2021. Bloomberg | Bloomberg | Getty Images Most Americans say they don’t intend to spend more than last year this holiday season – yet that doesn’t mean they won’t go into […]

Pedestrians carrying shopping bags wait to cross a street in the SoHo neighborhood of New York on Oct. 24, 2021.

Most Americans say they don’t intend to spend more than last year this holiday season – yet that doesn’t mean they won’t go into debt.

A survey from CreditCards.com finds the average parent with kids under 18 plans to spend $276 per child on gifts. Meanwhile, the average holiday celebrant with a significant other may spend $251 on gifts for them.

A lot of holiday shoppers aren’t planning on increasing their budgets for this holiday season compared to last year. The survey found that 48% of respondents intend to spend about the same. Meanwhile, 21% said they intend to spend less and 13% said they anticipate spending more. The remaining 9% said they weren’t sure yet.

Those who plan to pare back will start with decorations, followed by entertaining and hosting, gifts and travel, in that order.

More from Personal Finance:
Here’s how to maximize your benefits during open enrollment
The ‘Great Resignation’ could be an opportunity for a career reboot
Inflation will make Thanksgiving dinner more expensive this year

However, despite a desire to keep their spending in check, 41% of respondents indicated they are willing to incur debt this holiday season. That was even higher for those who already have credit card debt, with 60% saying they would be willing to add to their balances.

Ted Rossman, senior industry analyst at CreditCards.com, said there are risks people could still overdo it this year.

“Retail sales are setting records, even in the face of some rather downbeat consumer confidence data,” Rossman said.

Even as many consumers pared back their credit card balances during the pandemic, data from Experian shows the average balance is $5,525, he said. Moreover, more than half of active credit card accounts carry their balances from month to month. And the average credit card interest rate is more than 16%.

This year, inflation could lead to people having less money to spend on other things, which could mean they add to those balances. Meanwhile, the enthusiasm for this year’s holiday season coming out of the pandemic could also inspire people to spend more, Rossman said.

There are some tips to avoid that.

First, even though it may sound early, start holiday shopping now, Rossman advised. Due to supply chain issues, some items may be harder to find this year.

Next, set a goal of being creative in trying to keep your budget down. Think of ways to give homemade items, or use unused credit card points or gift cards to fund your purchase.

“Your family doesn’t want you to be in credit card debt, either,” Rossman said. “Try to resist the temptation to overspend on the latest and greatest.”

Finally, avoid deals like buy now, pay later unless you have truly thought through how that debt will fit into your overall budget. While some of those deals offer 0% interest, others do not. Moreover, adding multiple monthly bills by purchasing several items this way can cripple your budget, Rossman said.

“A lot of people don’t even view that as debt, and I think that is a bit of a slippery slope,” Rossman said.

CreditCards.com’s online survey was conducted in mid-October and included 2,485 adults.

Tue Nov 9 , 2021
HALLOWEEN is out of the way, and that means that the countdown to Christmas has begun. And one designer has already started handing out festive tips – including how to make the most of your festive tree using fewer ornaments. 3 One woman shared a holiday decorating tip that will […] 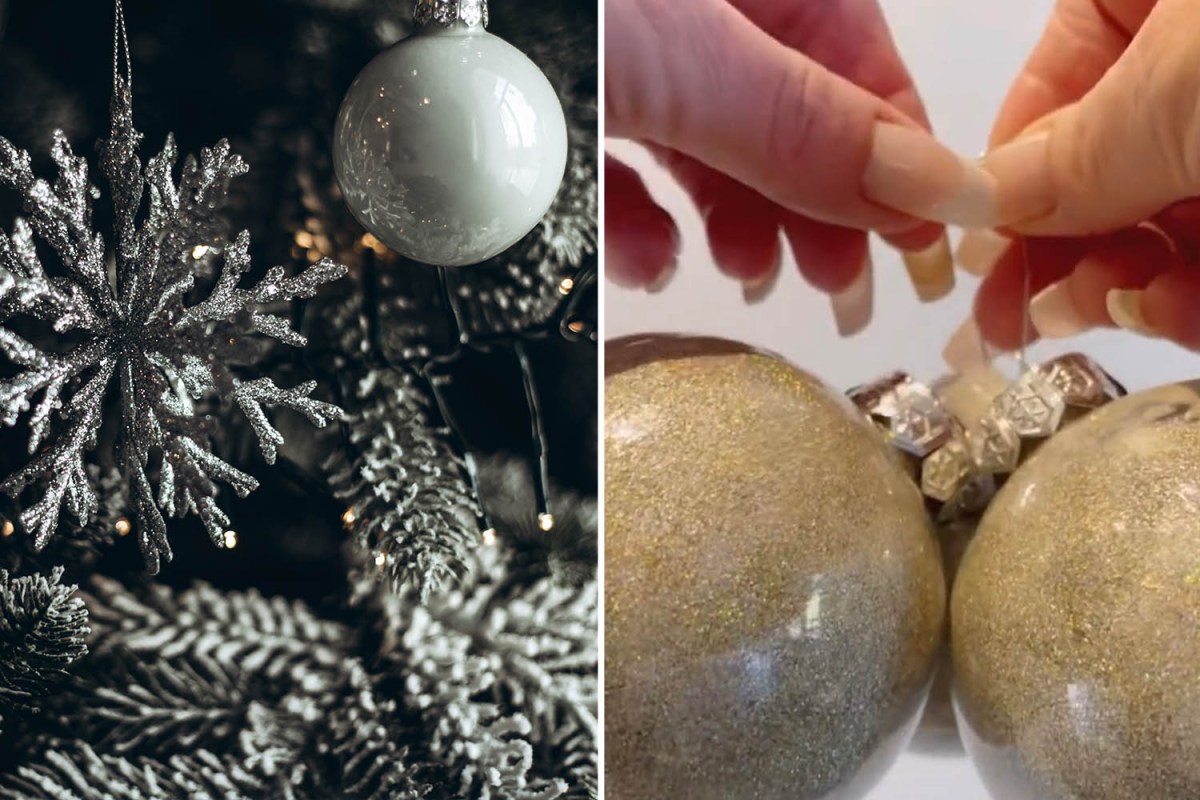