For the 16,500 members of the 12 Ft Skeleton Halloween Club on Facebook, a Code Orange message is not a drill. It’s time to act or risk losing out on the hottest Halloween decoration of the past two seasons. Many of the urgent postings read like police bulletins: “Code Orange […]

For the 16,500 members of the 12 Ft Skeleton Halloween Club on Facebook, a Code Orange message is not a drill. It’s time to act or risk losing out on the hottest Halloween decoration of the past two seasons.

Many of the urgent postings read like police bulletins:

For the latter, the group member, David, posted himself at the side of a massive cardboard box inside of a Home Depot. The package weighed nearly 100 pounds and contained a giant skeleton that, when assembled, stands a mammoth 12 feet tall, roughly the size of an African elephant or two refrigerators stacked on top of each other.

Knowing how scarce it is, David stood prepared to fend off any civilians who might want to grab it. He wanted someone in the community to have their chance. Some 20 minutes after his post, he updated: “OK guys it’s bought by a member.”

These seasonal Halloween Home Depot dramas are playing out across the country, with the big box home improvement retailer offering a Halloween display that’s prompting people to drive hundreds of miles and call stores incessantly to check on stock. When inventory does arrive, it often doesn’t even make it to the sales floor. Finally, when the skeleton is theirs, admirers pose, customize, and dress it in hundreds of creative ways.

Quickly and quietly, the Home Depot skeleton has become a Halloween version of the Beanie Babies phenomenon. People will do (almost) anything to get one.

The origins of “Skelly,” as the skeleton has come to be known by its fans, date back to spring 2019. Lance Allen, who holds the title of Decorative Holiday Merchant with Home Depot and oversees all seasonal holiday decorations for the store, was at a trade show when he spotted an enormous skeleton torso. No body—just a torso.

Allen was captivated by its size. The scale would stand out in Home Depot’s immense warehouse-style store locations.

But Allen wanted to do more than just a torso. He wanted the whole bony physique, and in dimensions that would prompt shoppers to stop their cart in its tracks. He insisted it come in at 10 feet before settling on 12 feet, which caused his engineer’s mouth to drop. But it worked out: Skelly was easy to design because it was based on a human skeleton, and only required deviating from anatomical correctness because the scale didn’t look right.

Size was only part of it. When you look up at Skelly, you’ll see a pair of blinking, moving eyes, the result of some impressive LCD technology Home Depot calls LifeEyes. “Our LifeEyes technology feature utilizes LCD screens which makes the eyes appear to move and blink,” Allen says. The pupils even dilate.

The massive skeleton was ready to roll, and Home Depot set a price of $300—but Skelly nearly didn’t make it out for the 2020 fall season: Due to the coronavirus pandemic, the decorating team began to have second thoughts about introducing a promising new product at the height of a public health crisis. But ultimately, they decided to move ahead.

That summer, photos of the skeleton were released online, and immediately began causing a stir. By the time the product was on the sales floor in August, it was selling out nationwide and turning into a viral sensation.

This year, Home Depot added a companion—a 12-foot skeleton with a pumpkin head and a torso that lights up. Dubbed the Inferno Pumpkin ($350), it’s part of a collection of decorations under the Rotten Patch label, which features mangled pumpkin accent pieces and eerie gravestones. The Inferno Pumpkin has proved equally popular, with the only detrimental consequences being that the products are so scarce.

After they’re found, the biggest challenge is figuring out how to get Skelly and Inferno Pumpkin home. “That was a big concern,” Allen says. “We knew we designed one of the greatest Halloween items of all time. Our only apprehension was how our customers would be able to get it home because of the box size. It is amazing what creative ways our customers have found to get it home.”

Skelly makes for a tough fit for a sedan, so some people have resorted to unboxing it in the parking lot and arranging the pieces, Jenga-style, so they fit. Then they drive home with a car full of bones. Others enlist friends with SUVs or pick-ups.

Once they arrive at their final resting place, the 30 or so pieces take about an hour for two people to assemble. But completing Skelly is really just the first step in what’s become a Halloween obsession for many.

Jennifer Penelope Corcoran first noticed Skelly in the summer of 2020, when it was being mentioned in some decorating groups she belonged to on Facebook.

“Some of the decorating groups were not a fan of it, and wouldn’t even let people post them,” Corcoran tells Mental Floss. “We would always say ‘Welcome to the club’ when someone got one, and I had been kicking around the idea of starting a group but didn’t know if anyone would actually join.”

Corcoran started her Facebook group, 12 Ft Skeleton Halloween Club, in August 2020, and it grew exponentially. It’s become one of the best ways to exchange ideas, get tips on locating a Skelly, and share photos of Halloween displays.

“There’s so many answers on what the appeal is,” Corcoran says. “With everything going on last year, I think we needed something to brighten our spirits. The 12-foot skeleton was completely over the top, especially with the eyes, and it was something out of the ordinary that stood out. The heart wants what it wants and the skeleton just has that ‘wow’ factor that makes kids and kids at heart happy.”

Skelly enthusiasts typically go through stages of becoming a caretaker for the display. After locating it—sometimes via tips on the Facebook group, sometimes by calling stores, and sometimes by simply being in the store when new stock arrives—there’s an expectation to name it. (Among them: Indiana Bones, Captain Jack Marrow, The Big Leboneski, John Bone Jovi, and Marvin.)

Skelly often becomes the centerpiece of outdoor dioramas, where it can be found mummified, chugging beers, or dressed in sports jerseys. A 5-foot, 5-inch giant spider can sometimes be seen lurking around. Home Depot has also released several costumes, including a witch’s dress. If Skelly wants to unwind, fans can purchase a Bone Throne, which can accommodate its lanky body. Advice is often solicited on the best way to make sure Skellys remain upright. (The product comes with a stand and ground stakes, though owners often opt to secure him further with tethers or even concrete.) One fan proposed marriage in front of their display. Some even migrate indoors.

The set-ups are elaborate enough, and Skelly still a rare enough acquisition, that a person’s home can become something of a tourist attraction. “I bought one last year, and bought another 12-foot this year and the 12-foot Inferno Pumpkin Skeleton as well,” Corcoran says. “The local response was huge! I work from home and I would hear kids coming by all day long and most of them would take pictures with it. I can’t wait to see their reaction this year.”

There is much happiness in Skelly fandom, but one guaranteed way to bring down the buzz is to float the idea of scalping. As with most scarce consumer products, enterprising resellers have taken to snatching Skellys and offering them on the secondary market for two or three times the retail price.

Some pay; others consider it poor form, and lousy Halloween ethics. “I’m not a fan of it, and I don’t support it,” Corcoran says. “Home Depot purposely kept the price the same as last year to make it affordable for more people, despite adding a power adapter [for the LCD eyes]. I constantly receive messages from people trying to locate them, such as first responders with COVID, parents of special needs children, or people who can’t afford to pay reseller prices.”

Scalpers aren’t allowed in Corcoran’s Facebook group. When sales occur, it’s typically only for the cost of the item plus whatever gas or shipping expenses were involved in obtaining it.

Theft and vandalism are also concerns. Some owners put motorcycle alarms on their Skellys, or add Ring doorbells to monitor footage. The latter, which can transmit audio, has the added bonus of being able to scare the hell out of passersby.

As Halloween creeps closer, some Skelly devotees wonder if they’ll ever get their hands on one. Stock is unpredictable, and Home Depot hasn’t clarified whether shortages are due to supply chain issues, runaway popularity, or something else. But so long as Code Orange is a thing, there’s always hope. 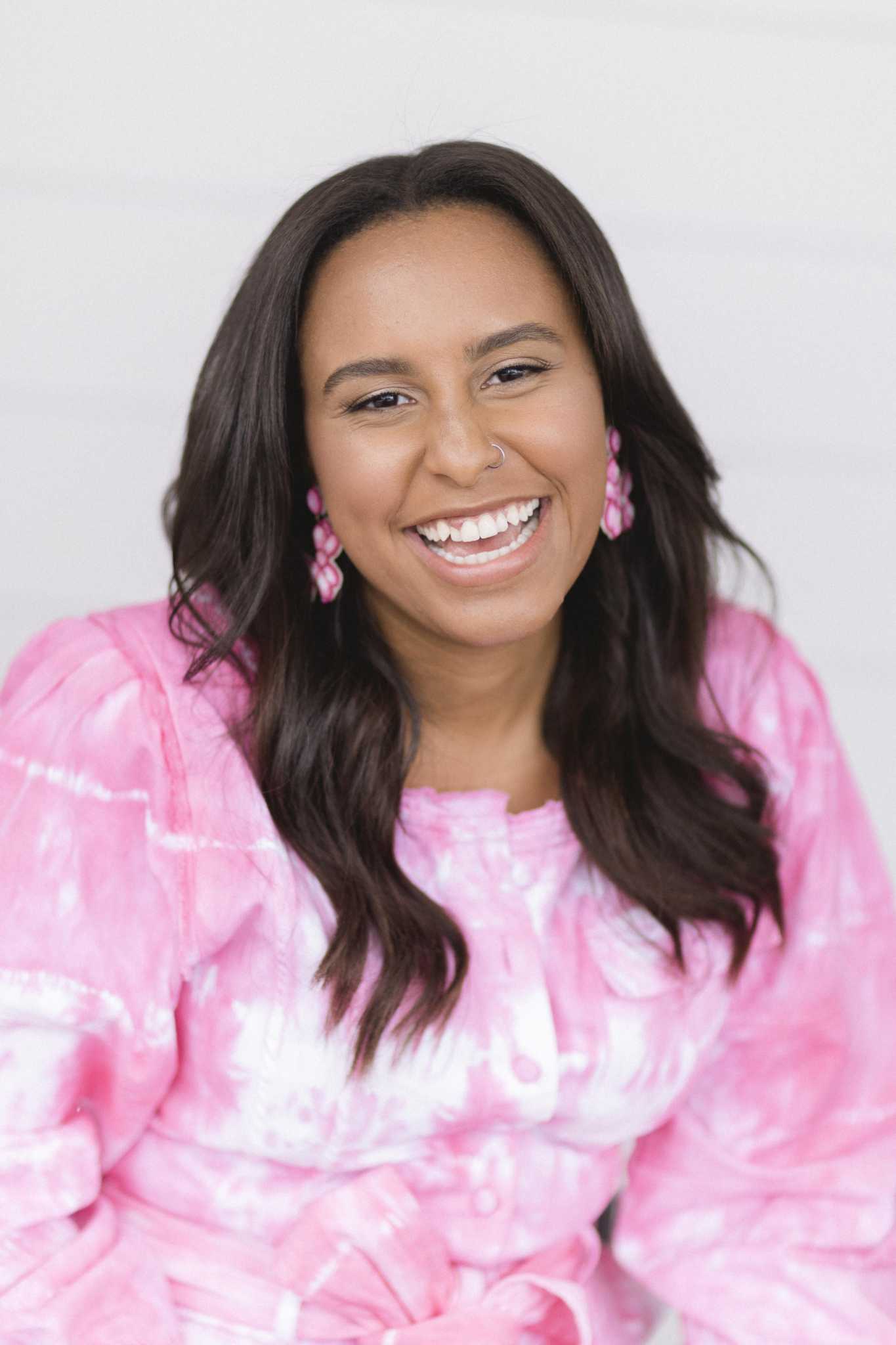