In 2013, Fortune Magazine’s Brian O’Keefe reported that IBM had recently undergone a big change: It went from one designer for every 72 coders to 1 for every 8, in a bid to aggressively build better products.

That was welcome news for Dylan Field, who had the year prior started his company Figma, with a mission to help designers collaborate on their projects. When Figma first started up, Field privately feared that designers would be too small a market to go after, but IBM’s big hiring spree proved to him that there was pent-up demand.

Now, Field says, users have become “spoiled” by well-designed apps like Instagram, Uber, Slack, TikTok, or any number of others, which are both more visually appealing and easier to use than anything found in the earlier days of the internet. In a crowded market, the apps that win are the ones that are the best-designed, he said.

“It’s not enough to build something anymore,” Field said. “We have to make sure the design is great. The entire world is becoming more digital now. As we’re going through that transformation, the companies that are going to win are the ones that are best designed and have the best design practices.”

Field — one of Business Insider’s 10 people transforming the enterprise technology industry in 2020  —  sees that as an opportunity for Figma, which allows designers to create, share, and collaborate on their designs with its cloud-based software. Figma, now valued at $2.05 billion, has raised a total of $132.87 million, even as it places competitive pressure on leading incumbent Adobe and its Creative Cloud suite.

In April, it closed a $50 million round of funding led by Andreessen Horowitz, even as the COVID-19 pandemic hit the US in full force. Figma impressed investors with its revenue growth and major customer wins, including teams at Microsoft, Airbnb, GitHub, Square, Zoom, and Uber.

“The metrics mostly spoke for themselves,” Field said of raising new funding in such turbulent times. “We’re fortunate to show investors our metrics and have them get excited. The big thing is, it’s a little weird, picking partners at a time when you can’t meet in person.”

In fact, Field said that the pandemic has been a big moment for Figma and its future. Signups are spiking, and so is time spent with the tool, Field said, with people using Figma for everything from whiteboarding and diagramming to making slideshow presentations. It’s even being used for art projects.

“We’re seeing more people use Figma for things that are not necessarily interface design,” he said. “That’s the way we see ourselves long term. There are more products around visual communication.”

Ultimately, the traction that Figma has seen is a reflection of the increased importance of design as a competitive advantage, Field said.

“People are switching their buying behaviors based on design,” Field told Business Insider. “Companies are realizing that.”

How Field went from intern to CEO

Field has been interested in design since middle school, but studied computer science at Brown. While still an undergraduate, he started to question if his plan to major in computer science and math was the right move, and so he took a semester off his junior year for a six-month internship at news-sharing service Flipboard.

He had interned in the software engineering department the previous summer, but that semester, he made the switch to product design.

“They have an amazing design team,” Field said. “People have gone on to do incredible things. As part of that internship, as I was going through it, I realized I wanted to work on these kinds of problems full time.”

When he was 19, Field applied for and received a Thiel fellowship for entrepreneurs because he and cofounder Evan Wallace had been talking about starting a company. Originally, his pitch was focused on drones, but eventually his company concept morphed into what would become Figma.

“This is an amazing opportunity,” Field said he remembers thinking. “Even if there’s a 5% chance, we should take it.”

A rocky path to debut

Even with the big idea in mind, it took a long time for Figma to actually become a reality. Founded in 2012, Figma didn’t start actually shipping its software to beta users until 2015, with general availability taking another year. Even then, it was only in 2017 that it started offering a paid plan. As much as it was a journey just to start generating revenue, Field said, that long availability as a free product also helped it acquire its first customers.

“As word got around about that and realized it’s more efficient, that’s when we started to see the hypergrowth,” he said.

Meanwhile, Field had a lot to learn about being a CEO, after only having ever been an intern. At one point early into Figma’s existence, Field said he once faced the very real risk of an exodus of disaffected employees. He had to learn, quickly, how to be more open to feedback and to empower his teams, while also hiring experienced managers.

“I didn’t know how to manage effectively,” he said. “I didn’t know the basics around how to have good judgment around who to hire. When we were 10 people, I was a year into management. Usually if you are a new manager, you manage a few people. I was trying to do this at the same time and get the product to market.”

Raising funding was a challenge for similar reasons. Field says that the Figma team wasn’t clear enough in its pitch to investors about what the product is and what problems it can solve. A turning point came when John Lilly, investor with Greylock Partners, turned down the chance to invest in Figma’s seed round.

Over time, Figma figured out its approach and refined its pitch. Lilly would go on to lead Figma’s Series A funding round in December 2015.

Now, with its recent funding and increased customer traction, the next step is growth. Part of it means expanding its suite of tools for designers, including a recent focus on “design systems” — the industry term for reusable components like buttons and sliders that can be repurposed by different teams to keep an app design consistent.

Other priorities include new tools to help designers hand off their projects to the software development team, and an expanded Figma Community for users to share features and templates.

In terms of its business, Figma is also working on staffing its team and eventually making acquisitions of smaller startups. These will likely be “acqui-hires,” Field said, meaning that they will acquire certain companies as a speedy way to hire more employees.

“We’re looking for people who are excited about Figma’s mission and want to make a big impact,” Field said. “It’s much more on the talent side and can be across any sector.”

All this can help Figma take on Adobe, which has itself been making greater efforts in improving designer collaboration. Customers have already been switching over from other design platforms like Abstract and InVision to Figma, said Forrester Principal Analyst Andrew Hogan.

There are areas where Adobe, as the incumbent, has some advantages: It has more advanced AI, and has features specifically geared toward helping marketers create and measure their campaigns. Still, while Adobe has certainly noticed Figma — to the point where it released its own similar XD tool — Hogan suggested that Figma’s focus on app designers working on interfaces sets the two apart.

“There’s a certain kind of designer that has a real love for Figma that they don’t have for Adobe,” Hogan told Business Insider. “Those folks are saying, maybe Adobe isn’t the right fit for what I’m trying to do, but maybe Figma feels the correct fit. Figma has a love for interaction product design folks.”

As for Field, he believes Figma’s collaboration features are further ahead than its competitors, and set it apart.

“[Adobe has] been the giants in the space for decades now,” he said. “They understand that design and interface design is a key part of why people use their products. That’s not a fight they’re not willing to put up quietly.”

Fri Oct 2 , 2020
One of Nintendo’s more intriguing upcoming games is Mario Kart Live: Home Circuit. Developed by Velan Studios, it’s a title that follows the likes of Labo and Pokémon Go, attempting to take Nintendo’s playful experiences and translate them into the real world. In this case, Home Circuit is both a […] 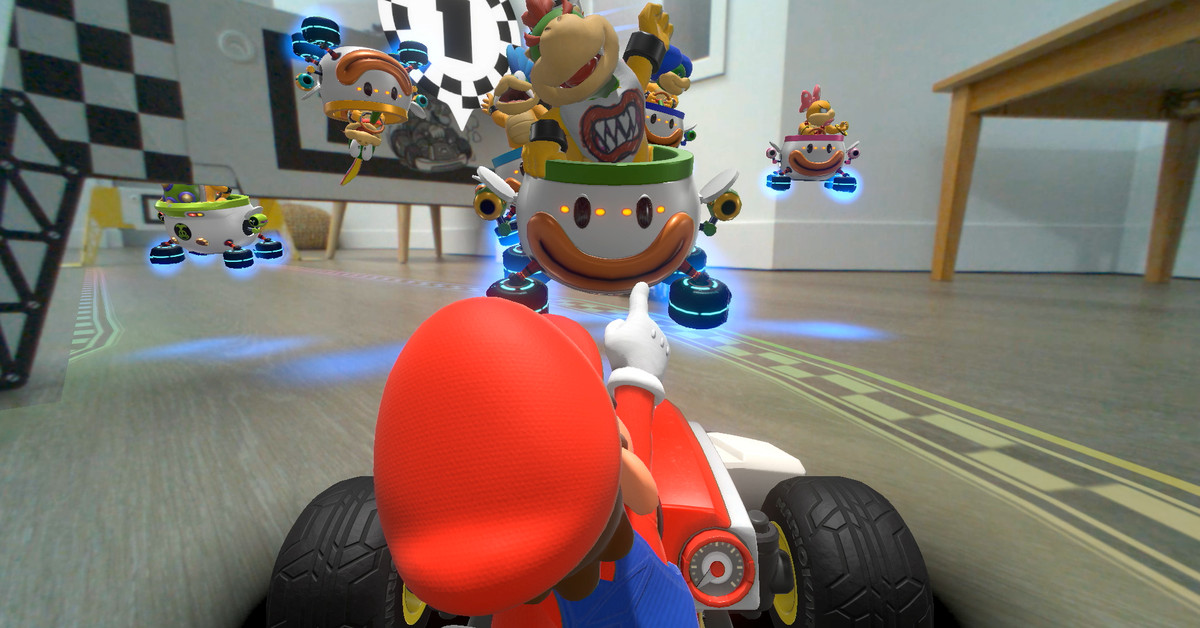