Bumble is reportedly headed toward a $6 billion initial public offering.

Whitney Wolfe Herd, the founder and CEO of Bumble, launched the app in 2014 with the aim of creating a comfortable and empowering online dating space for women. Bumble has since expanded beyond dating to networking and friendship, and was valued last year at about $3 billion.

The company’s initial public offering, which may happen as soon as early 2021, could be valued between $6 billion and $8 billion, according to Bloomberg’s Katie Roof and Kiel Porter.

Here’s how Bumble got its start and rose to become a multi-billion-dollar dating behemoth.

Bumble got its start in late 2014 after Wolfe Herd left Tinder, where she was a cofounder.

Wolfe Herd was a cofounder at Tinder, where she came up with the name of the app and spearheaded its push on college campuses, according to a 2015 profile by Business Insider’s Alyson Shontell.

She and her fellow cofounder and direct manager, Justin Mateen, dated on and off throughout 2013 until, she said, he became “verbally controlling and abusive.” She was eventually forced to resign from Tinder and said in 2015 that she was “erased from the company’s history.”

Wolfe Herd filed a sexual harassment lawsuit against Tinder and its parent company, IAC, eventually settling for more than $1 million, plus stock in Tinder.

Andrey Andreev, the cofounder of dating app Badoo, was the one who helped convince Wolfe Herd to get back into the dating app game.

Wolfe Herd had met Andreev while she was working at Tinder. In the aftermath of her lawsuit, Andreev sent her a note of encouragement and asked to meet.

After her experience at Tinder, Wolfe Herd wasn’t looking to build another dating app — she wanted to build an Instagram competitor where people could only post positive comments, according to her 2015 interview with Business Insider.

But Andreev convinced her to work on another dating app. Along with two former Tinder employees — cofounder Chris Gulzcynski and former vice president of design Sarah Mick — they launched Bumble in December 2014.

Andreev made an initial investment of $10 million and became the majority owner with a 79% stake. Wolfe Herd became CEO with a 20% stake in Bumble, according to Forbes’ Clare O’Connor.

Bumble was similar to Tinder in that it was a location-based dating app, but there was one key difference: Women had to make the first move.

But Wolfe Herd told Business Insider she wanted the app to empower women and feel more modern overall. While anyone could swipe left or right on matches, for heterosexual couples, only the woman had the ability to make contact first.

After matching with someone, women had 24 hours to send a message before the match disappeared.

Wolfe Herd used the same strategy that worked at Tinder: marketing the app to college campuses. Early on, Bumble gained traction at Auburn University and the University of Texas at Austin, the city where Bumble is based.

By January 2015, about a month after launch, Bumble had about 100,000 downloads, and Wolfe Herd said at the time that 60% of the matches on the app turned into conversations.

By the end of 2017, two years after launching, Bumble had amassed more than 22 million users and had been approached by Match Group, the same company that owns Tinder, with an offer for a $450 million buyout. Bumble turned it down.

The app has also attracted celebrity partners and investors: Actress Priyanka Chopra joined as an investor when Bumble began expanding in India. Tennis superstar Serena Williams is also an investor in Bumble Fund, which backs early stage startups led by women of color.

In March 2019, Wolfe Herd successfully lobbied the state of Texas to pass a bill to make sending unwanted lewd photos illegal. Soon after, Bumble introduced its own technology that removes those types of images before users see them.

Bumble has also become a crusader against misogyny on its app. The company wrote a blog post publicly shaming and banning a male user who sent crude and sexist messages to a woman on the app.

“Dear Connor, It has been brought to our attention that you lost your cool on one of our female users, Ashley,” the company wrote, adding: “Consider yourself blocked from Bumble.”

In July 2019, a Forbes investigation found that Badoo, then Bumble’s sister company, had a history of drug-fueled parties and sexist behavior. Wolfe Herd said she was sickened by the reports and that her experience with the company had been “nothing but positive and respectful.”

After that report, in late 2019, Badoo founder Andreev sold his entire stake in MagicLab, the umbrella company for Badoo and Bumble, to the Blackstone Group. The deal valued the company at $3 billion.

By July 2020, Bumble announced it had reached 100 million users. Its parent company, MagicLab, was renamed Bumble and Wolfe Herd was named CEO of the whole company, overseeing 750 employees worldwide. Wolfe Herd has retained a 19% stake in the company.

Now, Bumble is preparing for an IPO that could be worth between $6 billion and $8 billion, according to a report from Bloomberg. The company is expected to go public in early 2021.

Wed Sep 2 , 2020
Alyssa Rosenheck Before he met his wife, Chris Lane was crooning about looking for a girl he could take back home. Now, not only has he married the love of his life, Lauren Bushnell Lane — but they’ve also designed the perfect home to go back to, together.  The country star, […] 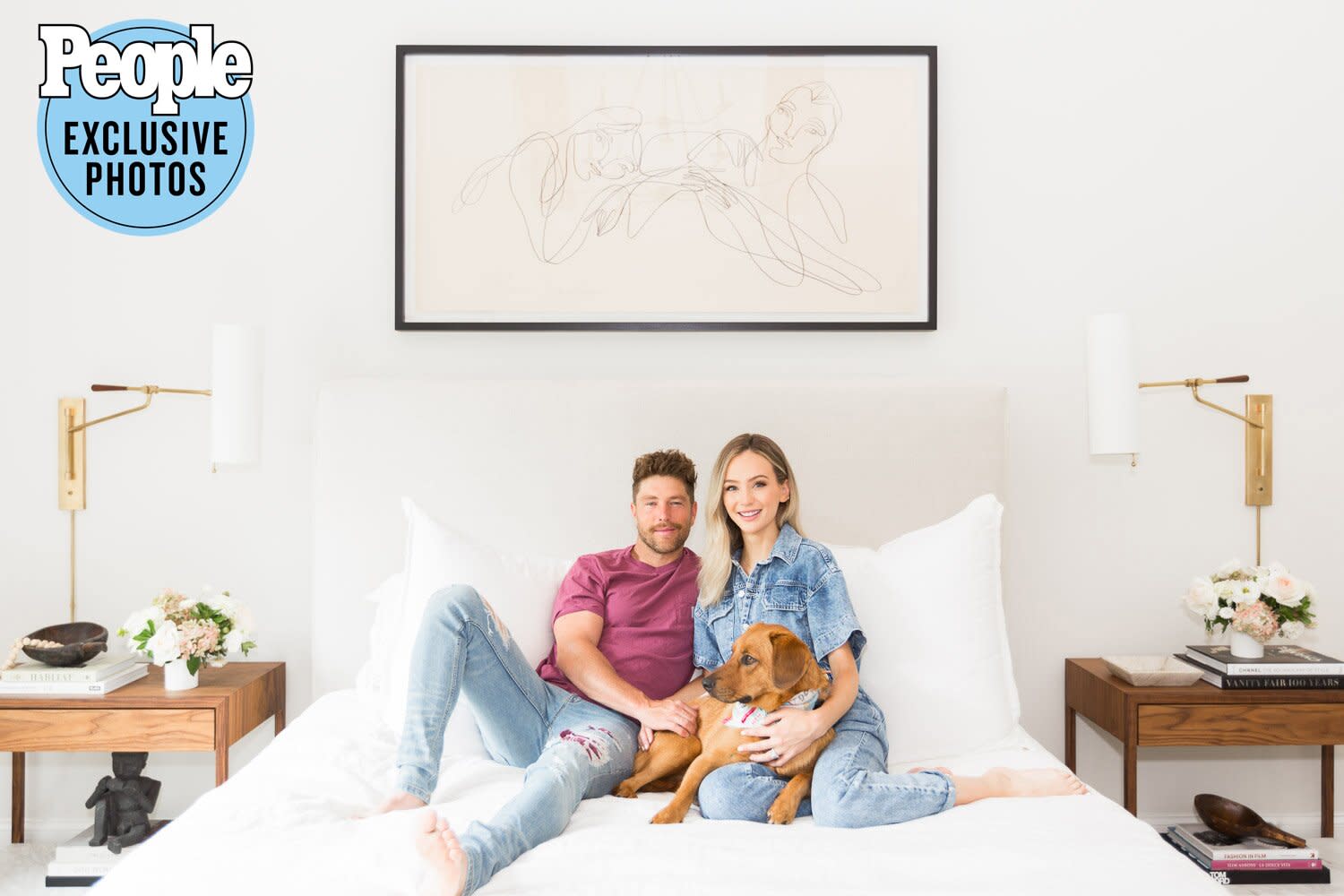