The romantic comedy genre is filled with archetypes, which usually serve their purposes and have been featured in plenty of timeless rom-com classics, even if their general makeup is a tad retrograde and perhaps even a little condescending. One archetype that has been a part of the genre for decades but has aged particularly poorly is “The Nice Guy.” Nice guys manifest themselves in two ways in romantic comedies. The first, a male lead who, throughout the entire film, pressures the woman through obsessive affection to finally succumb to his charms. Fred Astaire made a career off roles like this, especially in his many collaborations with Ginger Rogers, best exemplified in their film Top Hat. The second form of the nice guy is that of the best friend who is hopelessly in love with the female lead, which proves to be a much more insidious trope. This demonstrates to men the idea that if you have a female friend, all you have to do is bide your time until she finally realizes she is love with you, and if she does not realize it, it’s somehow her fault. Duckie (Jon Cryer) from Pretty in Pink perfectly captures how appealing that guy can be in a film without ever examining why his behavior is abhorrent. Another film, released just one year after Pretty in Pink, however, manages to expose just how compelling yet enormously toxic this nice guy can be: Broadcast News.

James L. Brooks, coming off his Best Picture-winning box office smash directorial debut Terms of Endearment, turned to the world of television news for his next picture. Holly Hunter plays news producer Jane Craig, a woman dedicated to her work in despair over the evolution of news into more of a sensationalized space where entertainment is more important than important stories. Working with her is reporter Aaron Altman (Albert Brooks), her funny best friend and confidant, who is of course in love with her. When the station gets a new lead anchor, Tom Grunick (William Hurt), a self-admitted ignorant handsome man who plays well on camera, Jane finds herself enormously drawn to Tom, despite him representing everything she despises about what is happening to her industry. Based on that setup, one could assume the path this story takes, one where Jane spends most of the film pining after Tom until ultimately realizing Aaron was there all along for her, and they end up together. Not so.

Aaron’s unraveling over the course of Broadcast News makes for some of the film’s harshest moments. The first twinge of something going wrong occurs when Jane goes over to Aaron’s house for a post-work hang, and he drunkenly kisses her. After playfully delivering the line, “Well, I felt something,” Jane is able to laugh it off, knowing he is drunk. Albert Brooks, being a gifted comedian, also has the ability to make just about anything funny, contributing to the laugh. In a modern context, you might just chalk that moment up to a relic of another time. However, the resentment towards Jane and Tom’s budding relationship, along with his general skepticism of Tom in general, only builds and builds. In one scene, Aaron grills Tom about whether or not he knows all fifty states or the names of the Cabinet members, which is petty jealousy but not all the way to cruelty yet.

The real turning point comes in his reaction to a story Tom has put together about date rape, dismissing it as blowing “the lid off nookie,” to the horror of every woman in the office. Though Jane is also taken aback by Aaron’s comments, she still remains a tad skeptical about the piece, due to her desire for news to be political rather than in human interest stories, even if she was moved by it. The true cruelty comes out when she admits to Aaron that she might be in love with Tom, and to say he takes it poorly would be an understatement, screaming at her and belittling Tom in every way he can, to the point of calling him “the devil.” When he tells her he’s in love with her, she can’t help but wince. Being a James L. Brooks film, where no character is ever just one thing, a lot of his criticisms of Tom are accurate, which Jane knows, and Aaron’s use of humor always can settle Jane when things get too close to completely boiling over.

After Aaron quits the station and a newly promoted Jane decides to go on vacation with Tom, their final one-on-one meeting, which could be reconciliation after their previous fight, turns sour when Aaron imagines a scenario where, in a few years, he and his future family will run into Jane, his youngest son will say something, and he “will tell him ‘it’s not nice to make fun of single, fat ladies.'” At that moment, there’s no wit or humor, just pure anger. That line Jane can’t laugh away.

Of course, this line of events makes it look like Aaron is an easily identifiable villain, but that is far from true, much like how Tom is not a pure dolt to obviously be avoided. So many moments endear the audience to him, most notably the centerpiece scene of Aaron getting the chance to anchor the news for the first time. This scene, filled with gallons of flop sweat and breaking set decorations, easily is the comedic high point of the film. Also, Albert Brooks, particularly in this era of his career, is an inherently likable, charming performer, who has been a comedy superstar for over a decade. Filmmakers hadn’t yet looked to twist his charming, neurotic persona into more hard-edged material, like in recent years with Drive and A Most Violent Year. Aaron’s venom comes as more shocking than it would if a more obvious hothead played the role.

At no point in the film does Jane express any romantic interest in Aaron. She actually feels bad that Aaron has these feelings for her and tries her best to retain this close friendship with him, because it really is the only one she has. While shooting the film, James L. Brooks was unsure of who Jane would end up with at the end, constructing a scenario where the final scene would be improvised by having one of the two guys enter the scene without Holly Hunter knowing which would. Ultimately, he chose William Hurt’s Tom, but the scene ended up being a disaster, and they had to scrap it, opening up an ending where she winds up with neither guy. Based off his behavior, Aaron never could have been the one to enter that scene. The character being rewarded for how horribly she treated her would have been a catastrophic ending, as would the one with Tom because he and Jane simply aren’t really compatible in any way.

The opening of Broadcast News shows a brief scene from each of the three principal characters’ childhoods. Aaron’s scene is him graduating high school at age fifteen (Dwayne Markee) as the class valedictorian. In his speech, he chastises his fellow graduates for how they bullied him and how he will one day be more successful than any of them, which gets him beat up afterward. Seeing that anger of inadequacy at a formative age explains everything about how Aaron goes through life. He feels entitled to love and respect without ever treating others with those same qualities. The nice guy trope is built on entitlement. Because he has a relationship with a woman and can make her laugh, he feels entitled to her love, and in so many romantic comedies, he gets it. Broadcast News shows why you cannot indulge this kind of person, because he is not entitled to anyone’s love simply because he wants it. Nice guys mistake kindness for niceness. Nice is a veneer to get you through life, whereas kind speaks to how you actually treat people. Had Aaron actually been a kind and empathetic person towards Jane, perhaps he would have gotten the romantic comedy ending he so wanted. Instead, he had to be a nice guy.

The 9 Best ‘Kids in the Hall’ Sketches, Ranked by Head-Crushingness

You know, it just goes to show that in this society, the people who look so-called normal are quite often the real freaks.

Mike Shutt is a Writer for Collider. He is the former co-host of the No Excuses podcast and has been writing about film online since 2014, from news to film festival coverage. You can typically find Mike watching a movie, listening to a musical, or planning his next theme park trip. 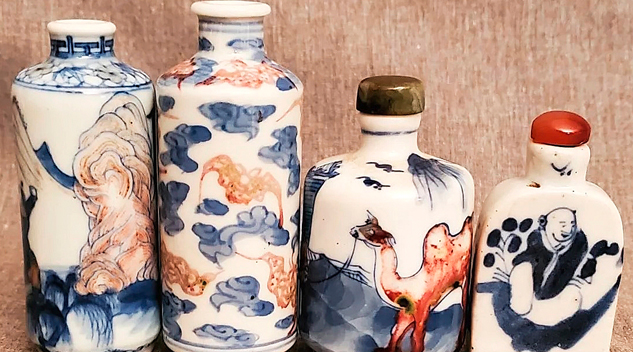