Aside from a Kennedy losing, election night in Massachusetts on Tuesday felt almost normal.

Despite the disruption of the coronavirus pandemic, results for a hotly contested statewide race trickled in throughout the night, with a winner called around 10:30 p.m. Nearly 1 million absentee ballots were counted by midnight. There were even timely victory and concession speeches.

For those looking to Massachusetts as a possible model for how to successfully hold the November general election during the pandemic, voting rights groups and election experts said the state’s primary provided a mix of smart policies and harsh deadlines — which possibly disenfranchised numerous voters.

Indeed, Massachusetts may have offered the country a model for how to count votes, but casting ballots wasn’t always as seamless. And certain factors helped the state: The type of partisan vitriol that has led to last-minute litigation over voting in other places was mostly absent, and coronavirus rates have been under control.

As in other states’ primaries, there were anecdotal reports of voters never receiving their ballots, not receiving the privacy envelope for returning a ballot, or receiving ballots too close to the deadline to mail them back. A court decision ruled that all ballots had to be received by 8 p.m. Tuesday to be counted, regardless of whether they had been mailed by Election Day and simply suffered from postal delays.

But the state still shattered its record for primary participation, with more than 1.6 million ballots cast. Although interest in the Democratic Senate primary was high, election officials said that a law signed this summer by Gov. Charlie Baker, a Republican, that expanded mail-in voting and early voting had been essential to voting during the pandemic.

“We’re confident that people who wanted to vote had the opportunity,” said William Galvin, who as the secretary of the commonwealth for Massachusetts oversees its elections. “We had the same problems with the Postal Service that everyone else has had. But we were able to extend the opportunity for anyone who didn’t receive a ballot to vote in person, and we cross-checked it.”

Some election experts were quick to caution that simply receiving results on election night did not equate to success.

“I would not want to judge the success of an election based on how quickly they’re able to produce election results,” said Wendy Weiser, the director of the democracy program at the Brennan Center for Justice. “There are a lot of reasons by design that election results are going to take longer this year that are not at all an indication of any election administration problems.”

Weiser noted that Massachusetts is a “received by” state, meaning that absentee ballots must be received by election officials by the time polls close, a policy criticized by voting rights groups as problematic given the postal delays wrought by the coronavirus and the Trump administration’s apparent interference with the Postal Service. Instead, the groups have pushed for “postmarked by” deadlines, which allow ballots postmarked by Election Day, but received in the days afterward, to still be counted.

Many states, including key battlegrounds like North Carolina, Ohio, Minnesota and Nevada, have included a “postmarked by” deadline to offer voters more opportunity to make sure their ballots are counted.

Although there were legal challenges in Massachusetts seeking to institute a “postmarked by” deadline by Election Day, a judge ruled against the effort six days before the election. The decision was denounced by voting rights groups as potentially affecting thousands of voters, but it did prevent the kind of whiplash that has occurred in states like Wisconsin, where voting deadlines were litigated until the eve of the election.

Recognizing the potential for voters to be disenfranchised by ballots mailed closer to the deadline, Galvin, the Massachusetts secretary, urged voters to return their ballots in person to drop boxes or county offices, and also called on local municipalities to add more drop boxes.

Some major cities like Boston added more drop boxes just a week before the election. Galvin also instructed local election officials to make an afternoon trip to their post offices on Election Day to collect any ballots that hadn’t yet been mailed to clerks.

Charles Stewart III, an elections expert at the Massachusetts Institute of Technology, said it was difficult, and perhaps unfair, to compare the election in Massachusetts to the chaotic ones this year in Wisconsin and Georgia, partly because of the highly charged political atmosphere in those two states.

“I think it’s harder when you’re just a subject of endless litigation, things changing at the last minute, high anxiety about the outcome of the election, and really kind of radical changes in a short period of time,” Stewart said. “I think certainly Wisconsin was under the gun in a pandemic, and then Georgia, in the transition to new voting machines and not being able to train your poll workers well. I think those are one-offs and, thank goodness, they occurred during the primary.”

By comparison, in Massachusetts, the “degree of difficulty is relatively low” with a highly decentralized election administration using paper ballots, Stewart said. “I think we’re seeing the advantages of that.”

Massachusetts also allowed local election officials to begin processing ballots before Election Day, allowing them to open ballots, register them through a bar code, verify signatures and prepare the ballots for counting on Election Day. In Massachusetts, this meant that more than 760,000 absentee ballots that arrived by mail were prepared, processed and ready to be counted on Election Day.

Other states, like Michigan and Pennsylvania, don’t allow election officials to touch ballots until Election Day, which often means a backlog of millions of ballots, and clerks are not allowed to begin processing until their busiest day of the year. Election experts say that altering rules on processing would be a small change that most states could still make before November.

“Michigan and Pennsylvania can still adjust,” said Amber McReynolds, the chief executive of the National Vote at Home Institute. “Some states still have legislative activity, and they still have time. And frankly, if they adjusted it in October to give election officials a week early, it would be a big help.”

She added: “It’s not relating to the voters, it’s relating to how election officials process votes. So even if Michigan officials got extra time on Oct. 1, that would be great for them.”

The advanced processing of ballots could help head off what is expected to be an election week (or weeks) in November rather than an election night. And with long delays expected, worries have deepened over the potential for a prolonged legal battle. Democrats in particular have expressed concern that President Donald Trump, who has repeatedly attacked mail-in voting, could try to exploit the delays.

Acknowledging problems in the Massachusetts election, Pamela Wilmot, the executive director of Common Cause Massachusetts, nevertheless attributed the high primary turnout to the state’s shift toward voting by mail.

“Compared to the problems we’ve seen in other states, it really was a relatively smaller percentage of the voters that faced these issues,” she said, adding that Massachusetts had benefited from a decline in coronavirus infection rates. Partly as a result, she said, “we did not experience a poll worker shortage.”

Among the problems that surfaced, some voters in Medford did not receive the correct envelopes for returning their mail ballots. “It was an inconvenience,” said one voter, Elizabeth Schwartz, who kept waiting for a replacement the town had promised, then finally went to the polls Tuesday when it did not arrive.

But by and large, the state’s history of smooth elections could have helped avoid any widespread problems, according to Stewart, with both voters and election administrators very good at navigating the tedium of voting.

“The political environment is very noncompetitive,” he said. “It’s not like people are waiting around to see the results in elections where supporters hate each other. This is not the high-stakes, high-profile, high-energy, high-vitriol environment that you’re seeing in the rest of the country.”

Looking at the Massachusetts primary is informative, he said, because it reveals what happens “if a state is just allowed to run its election and try to do the right things in terms of public administration and in terms of being responsive to public opinion.” Stewart added, “There are some hiccups, some delays, both in mailing the ballots and counting. But they’re so far not tragic, not debilitating in the process.”

McReynolds also pointed to an online ballot tracking system that Massachusetts set up this year, which allowed voters to track the status of their ballots and allowed them to be proactive if any problems arose.

Galvin said he was “happy about what happened yesterday” but added that “we had issues — I’m not glossing them over.”

With just two months left before the November election, “the biggest challenge I have right now is time,” Galvin said. “And that’s a problem that the entire country has.”

This article originally appeared in The New York Times.

Thu Sep 3 , 2020
We love these products, and we hope you do too. E! has affiliate relationships, so we may get a small share of the revenue from your purchases. Items are sold by the retailer, not E!. With all the time we’ve been spending at home, chances are you might be a […] 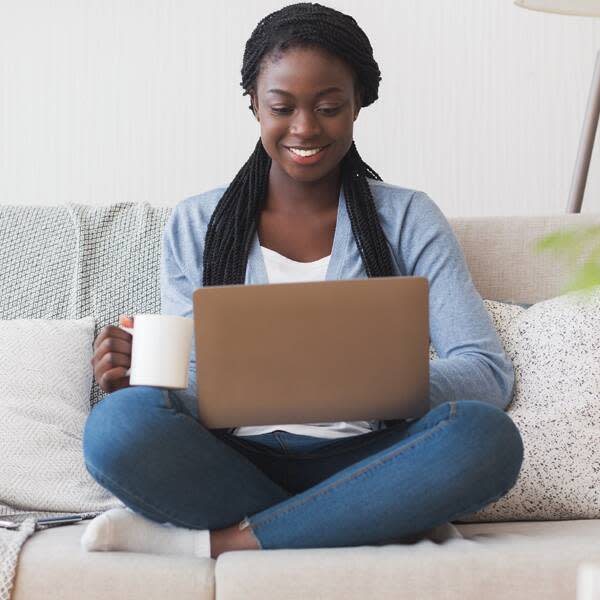