Your Brain on Social Media  So our brains are wired to process social signals. What then happens to our brains on social media?  Neuroscientists at UCLA wanted to know, so they created an Instagram-style app to study how the brain reacts when we scroll through photos in our Instagram feed. […]

Your Brain on Social Media

So our brains are wired to process social signals. What then happens to our brains on social media?

Neuroscientists at UCLA wanted to know, so they created an Instagram-style app to study how the brain reacts when we scroll through photos in our Instagram feed. The app displayed a series of photos in a row, just like on Instagram. The researchers then studied adolescents using fMRI machines and recorded which regions of their brains lit up as they used the researchers’ version of Instagram. They also experimentally manipulated the number of likes a photo got as well as what types of photos the participants saw, including whether they saw their own photos or others’ photos and whether the photos depicted risky behaviors (like drinking alcohol) or neutral behaviors. They’ve since corroborated their results in young adults and for giving as well as receiving likes. As a scientist and the father of a six-year-old, I found what they discovered intriguing and worrisome.

First, seeing photographs with more likes was associated with more activity in brain regions responsible for social cognition, rewards (the dopamine system), and attention (the visual cortex). When participants saw photos with more likes, they experienced greater overall brain activity, and their visual cortex lit up. When the visual cortex lights up, we are concentrating more on what we are looking at, paying more attention to it, and zooming in to look at it in greater detail. To ensure that differences in the images were not driving the results, the researchers randomized the number of likes across images and controlled for photographs’ luminosity and content. The results held true whether participants were looking at their own photos or others’ photos. In short, when we see social media images with more likes, we zoom in and inspect them in greater detail. We pay more attention to online information when it is valued more highly by others. You might think, Well, the photos that get more likes are probably more interesting. But the researchers randomly assigned the likes, which means it was the likes themselves, not the photos, that were triggering the activation of the visual cortex.

Second, having more likes on one’s own photos stimulated the mentalizing network—the social brain. When participants were looking at photos of themselves, they responded to those with more (randomly assigned) likes with significantly greater brain activity in regions associated with social skills. They also recorded greater neural activity in the inferior frontal gyrus, which is associated with imitation. When we view photos of ourselves, our brains activate regions responsible for thinking about how people view us and our similarities and differences with them. In other words, when we think about our own photos, we perceive them in their social context—we think about how other people are thinking about them.

Last, more likes on one’s own photos activated the dopamine reward system, which controls pleasure, motivation, and Pavlovian responses. The dopamine system makes us crave rewards by stimulating feelings of joy, euphoria, and ecstasy. When psychologists James Olds and Peter Milner gave rats the ability to stimulate their own reward system by pushing a lever, they found the rats would drop everything, stop eating and sleeping, and push that little lever again and again until they died from exhaustion.

Ivan Pavlov extended our understanding of rewards by proving he could condition dogs to associate a reward (like food) with an unrelated stimulus (like a bell) so that the stimulus alone would make the dogs salivate. This cognitive binding of stimulus and reward enabled Pavlov to stimulate the brain’s reward system with a symbol (a bell)—in the same way likes stimulate and reward us with social acceptance and digital praise. Seeing likes stimulates our dopamine system and encourages us to seek social approval online for the same basic reason that Olds and Milner’s rats kept pushing their levers, and Pavlov’s dogs salivated at the sound of a bell.

So our brains are wired to process and be moved by the social signals that the Hype Machine curates. But was the Hype Machine really designed with that in mind? Sean Parker answered that question about Facebook’s design in an interview with Mike Allen in 2017: “The thought process was all about, ‘How do we consume as much of your time and conscious attention as possible?’ ” he said. “And that means that we need to sort of give you a little dopamine hit every once in a while, because someone liked or commented on a photo or a post or whatever, and that’s going to get you to contribute more content, and that’s going to get you more likes and comments. It’s a social validation feedback loop. . . . You’re exploiting a vulnerability in human psychology.”

Social media is designed to be habitual. Not only do those “little dopamine hits” keep us coming back, but they are delivered to us on a “variable reinforcement schedule,” meaning they can happen at any time. That’s why we’re always checking our phones, to see if we received any social dopamine. Random reward delivery keeps us constantly engaged. And the rewards are tied to sounds, vibrations, and notification lights that make us salivate for social approval as Pavlov’s dogs salivated for food. These designs activate our desires for connection, competition, and avoidance of a “fear of missing out” (FOMO). When you put it all together, it’s a recipe for a habit.

The neuroscientific evidence suggests that our habitual use of social media is driven by the rewards and reputational signals we receive from it. One study showed, for example, that brain responses to increases in reputation relative to others’ reputations predicted Facebook use, while increases in wealth did not.

Our research reminded us that social media holds the potential for promise and peril, but it also taught us that we should care about how the Hype Machine stimulates our brains because, by doing so, it changes our behavior. How does the Hype Machine’s cognitive design affect our behavior? That is the next crucial question in the quest to understand the Hype Machine’s impact on our world. And my friend and colleague Emily Falk set out to answer it. She studies the neural basis of social influence—the relationship between the social signals the Hype Machine curates, the brain functions those signals activate, and the behaviors those brain functions relate to.

How to give yourself a stimulus payment (if Congress won't)

Sat Sep 19 , 2020
Congress still can’t get its act together on giving Americans more of those $1,200 coronavirus “stimulus checks,” similar to the direct payments made in the spring. Another round of cash to relieve financial pain and stimulate the economy was missing from a COVID-19 relief bill that died in the Senate […] 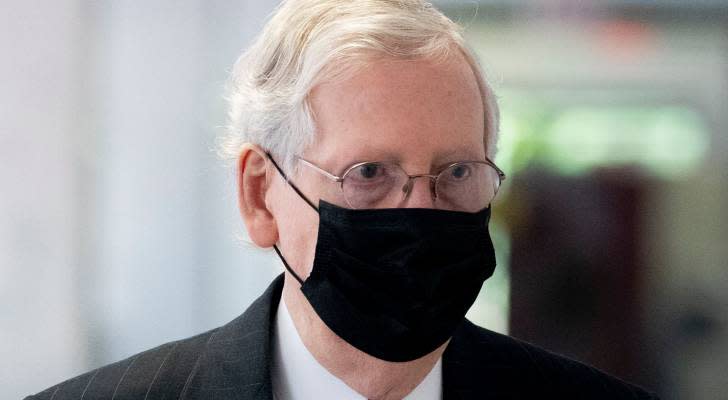