Rory O’Connor says high street to take a heavy hit at Christmas Click to expand UP NEXT The Office for National Statistics (ONS) reported retail sales volumes were up 0.8 percent overall in October. Clothing in particular has led the recovery with sales up 6.2 percent. Amid the overall […]

The Office for National Statistics (ONS) reported retail sales volumes were up 0.8 percent overall in October. Clothing in particular has led the recovery with sales up 6.2 percent. Amid the overall increase, online sales fell suggesting a return to the high street, although online still remains higher than pre-pandemic. ONS chief economist Grant Fitzner said: “After five months of no growth, retail sales picked up in October.

“Clothing, department stores and toy shop sales reported a boost this month, with clothing stores reaching their highest level since the start of the pandemic, with some retailers suggesting that early Christmas shopping helped to bolster trade.”

Some products did see falls in sales with food volumes seeing a slight decline while fuel sales returned to more normal levels.

Head of the British Retail Consortium Helen Dickinson said retailers would be “relieved” at the improvement in sales having put in “a gargantuan effort”.

Between September and August, sales volumes were at 0 percent from a revised estimate of -0.2 percent.


Ms Dickinson added: “Footfall growth on UK streets is the highest among major EU economies, and this is clearly translating into consumer spend.”

The figures come with the long-running GFK Consumer Confidence Index finding an uplift in confidence with a particular highlight being a seven-point jump in major purchase intentions.

The index is based on monthly surveys analysing factors such as peoples’ personal finances and willingness to make major purchases.

The rise in early Christmas sales does come with a warning though with some of the rush likely driven by fears over supply chains and availability of products.


Ms Dickinson said: “Labour shortages throughout the supply chains – from farms to distribution – are pushing up costs and creating some gaps on the shelves.

“Nonetheless, retailers are prioritising Christmas essentials, and many have laid out their festive offerings a little earlier to ensure everyone has time to buy treats and decorations before the big day.

“Retailers are hopeful that demand will continue right through the golden quarter, however, challenges remain, with higher prices looming and many households facing rising energy bills.”

There have been warnings in recent weeks that rising materials and labour costs for many businesses will see costs passed onto consumers next year with retail and hospitality particularly impacted.


Julian Jessop, Economics Fellow at the Institute of Economic Affairs also cautioned that this could be the “last hurrah” before consumers tighten their belts in the face of tax increases and inflation.

Mr Jessop said: “The Government therefore needs to focus on supporting the economic recovery – which remains the best way to repair the public finances – rather than adding even more to the tax burden.

“The Bank of England also needs to ensure that a temporary increase in inflation does not become permanent. A small rate increase in December would not derail the recovery, but would show the Bank is serious about keeping inflation down over the medium term.”

Fri Nov 19 , 2021
The Build Back Better package passed the House, 220-213, on Friday morning, hours after a de facto Republican filibuster delayed the vote. Now the Senate will take it up as progressives and moderates aim to iron out the details. | J. Scott Applewhite/AP Photo BULLETIN — A Wisconsin jury found […] 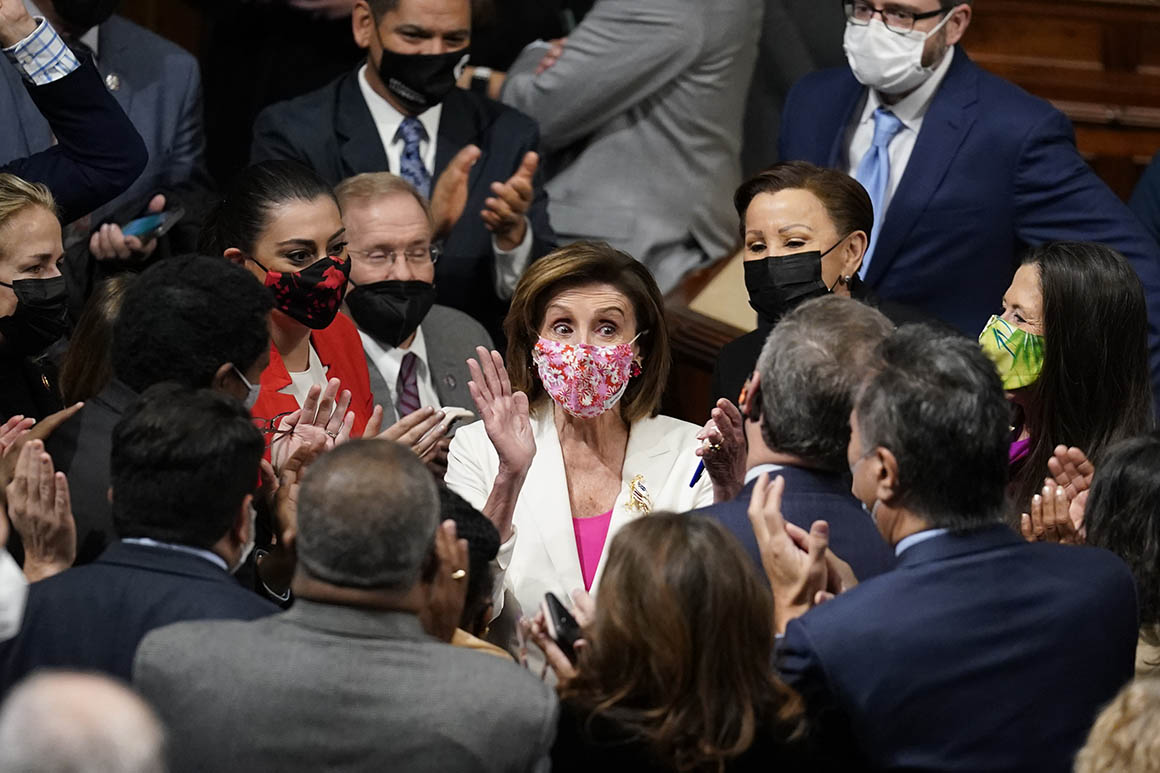