Among the finest cast iron pans ever produced in the United States was the Griswold #13. Seen here, it sold for $3,068. BANGOR, PENN. – It was primitives, country, antiques and fine art for three days straight at Hartzell’s Auction Gallery Inc., October 19-21. The sale unloaded just under 1,500 […] 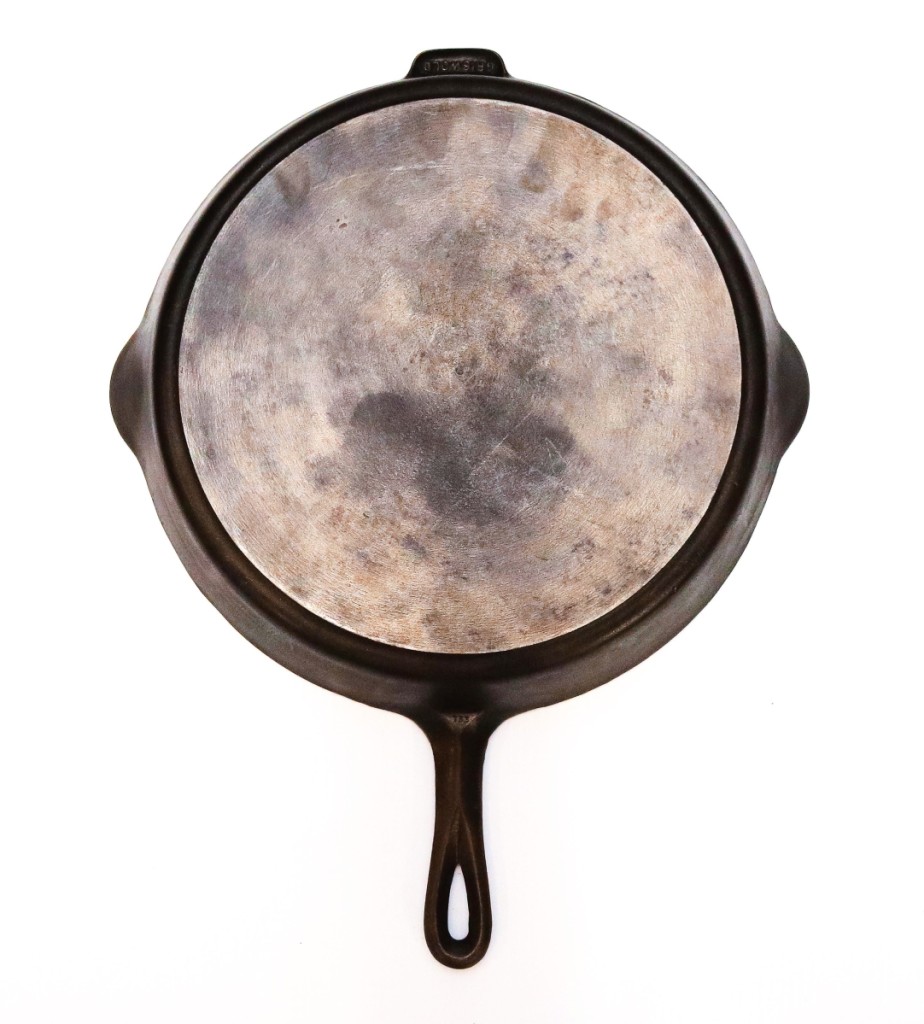 Among the finest cast iron pans ever produced in the United States was the Griswold #13. Seen here, it sold for $3,068.

BANGOR, PENN. – It was primitives, country, antiques and fine art for three days straight at Hartzell’s Auction Gallery Inc., October 19-21. The sale unloaded just under 1,500 lots of things that ranged as far as the eye could see, from cast iron pots and pans to toy soldiers and John Bell pottery.

There were a few highlights, but it was mostly a picking event with many lots selling modestly and presenting nice opportunities for dealers to make some money and collectors to pick up a nice thing or two.

Day one saw a truly eclectic mix of material. Notables included a 1933 Chevrolet Master Eagle sedan that sold for $6,150. The auction house said the car was in running order. On the same day the firm sold a collection of more than 50 cast iron pots and pans, led by a #13 Griswold frying pan that sold for $3,068. The milled bottom skillet was made for an electric stove and remains among the most coveted cast iron pans out there from the Erie, Penn., maker. Home chefs often times purchase this skillet to use. In all there were 27 lots from Griswold, which brought out more skillets, griddles, waffle irons and dutch ovens in a wide variety of number forms. 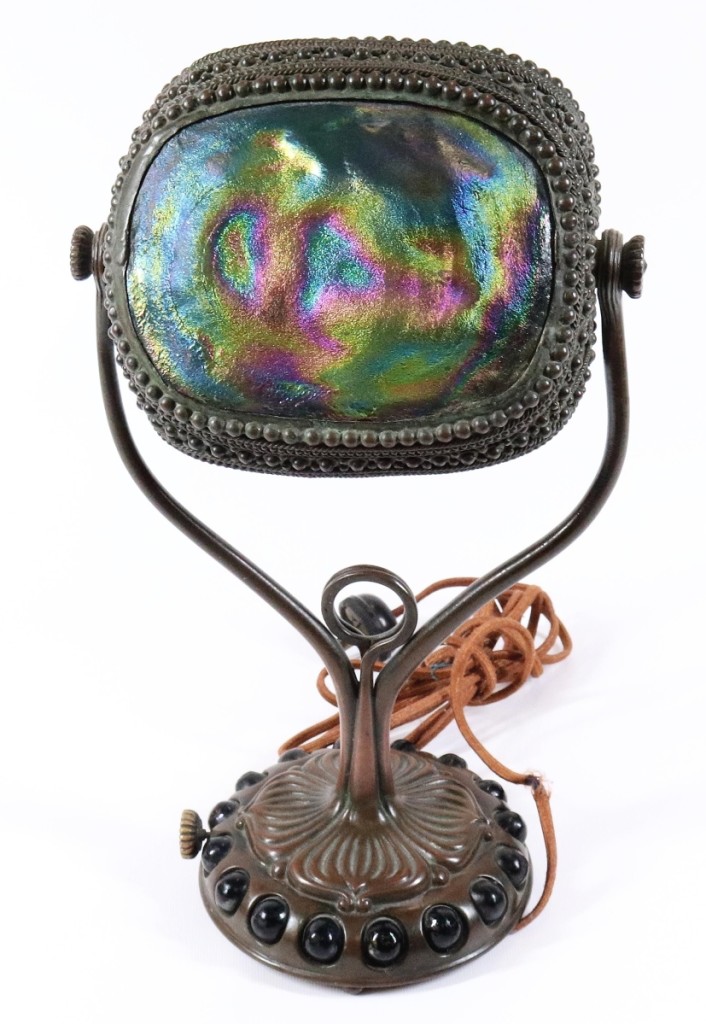 The sale was led by a Tiffany Studios turtleback glass table lamp that lit up to $17,220.

The second day was led at $4,613 by a robin’s egg blue painted one door cupboard standing about 60 inches high. That day had a nice selection of pottery including stoneware, mochaware and redware that sold pretty reasonably. At the top was a $2,337 result for a blue decorated stoneware jug with flowers rising from a crosshatched basket.

Leading the mocha was a pair of covered garnitures with dendritic decoration that sold for $1,230. With blue, brown and green banding, a mochaware pitcher with black dendritic decoration would sell for $738. Among the redware was a peculiar redware two-handled pot seemingly produced by an untrained potter. The initials FAFS were applied to the surface, along with a similar applied line decoration and 1760 date. It sold for $523.

The sale’s third day saw results for Tiffany Studios, including the entire event’s leader in a turtleback lamp that sold for $17,220. The mark on the bronze base dated it to 1900-02. A Tiffany Studios lamp base married to a Lundberg Art Glass blue iridescent shade with pulled feather design would sell for $1,230. Among the company’s vases was a favrile example in a blue/green/purple hue that rose 5¾ inches high and took $944.

Hartzell’s fall firearms and outdoor sale will take place November 19. All prices reported include buyer’s premium. For information, www.hartzellsauction.com or 610-588-5831.

Tue Nov 2 , 2021
© Provided by The Points Guy MSN has partnered with The Points Guy for our coverage of credit card products. MSN and The Points Guy may receive a commission from card issuers. Editor’s note: Chase provided the author with 100,000 Southwest points for use on this trip. The opinions […]