GTA Online was originally meant to take place before Grand Theft Auto 5, but more recent updates have made the timeline increasingly convoluted.

Rockstar Games’ massively successful multiplayer mode, Grand Theft Auto Online, is meant to act as a prequel to Grand Theft Auto 5, but figuring out where it falls exactly on the GTA timeline can be confusing. GTA Online doesn’t have a definite start and end, and is still ongoing nearly 10 years after its initial release. However, because GTA Online ties into GTA 5 and includes references to GTA 4, some fans have become increasingly interested in how it contributes to the wider GTA timeline, despite it being unclear just when exactly its events occur.

GTA Online is a multiplayer title set in the fictional state of San Andreas, bundled in with Grand Theft Auto 5. GTA Online quickly provided a much different GTA experience for fans of the series. Players could build their own protagonists instead of swapping between the characters of GTA 5, and use San Andreas as their sandbox, purchasing properties, competing in races, and completing missions for NPCs returning from GTA 5’s single-player. The presence of characters such as Lester, a major heist planner for the main characters of GTA 5, made it clear that this wasn’t a non-canon experience using assets from the main game. In fact, Lester even covertly references the player character of GTA Online during one of his first missions in GTA 5.

GTA Online’s story is meant to take place a few weeks before the events of GTA 5, with dialogue Lester confirming this when he comments on the GTA Online protagonist in an early mission with Michael. With GTA 5 taking place within a much shorter window than the eight years GTA Online has been updated and supported, it became more and more difficult to fit all the various online events and content updates into that short period of time in 2013 before GTA 5 occurs. Grand Theft Auto’s Heists Update, which added the long-awaited heist missions to GTA Online, was the first major addition to the GTA Online timeline, releasing in early 2015 but taking place in 2013. The same was also true with the Lowriders Update, the Bikers Update, and the Import/Export Update, which released in 2015 and 2016 respectively. It is immediately following these events that GTA 5’s main story finally takes place.

GTA Online Takes Place Before AND After GTA 5

Although GTA Online was initially a prequel of sorts to GTA 5, more recent updates clearly take place after the events of the game’s ending. In one of the major missions of GTA Online’s Gunrunning update, an NPC states that the current year is 2017, which created a few gaps in the timeline, given GTA Online was originally meant to take place in 2013. Although it had only been one year for players between the previous update and Gunrunning, the confirmation that Gunrunning takes place in 2017 meant that there were potentially four years of the protagonist’s life players didn’t get to experience, an unexplained skip forward four years in-universe.

The flash-forward creates a few continuity errors in GTA Online. In-game locations such as the O’Neil’s farm are still standing despite being burnt down by Trevor in GTA 5’s story, and the private military company Merryweather continues operating in San Andreas despite all of GTA 5’s different endings showing they shut down at the end of the story. From here, however, the timeline begins to get more understandable, with GTA Online shifting the game’s present to the year each content update is released. The most recent major content update, The Los Santos Tuners update, brings the game to 2021, and it wouldn’t be disingenuous to assume that future updates will do something similar.

Despite the confusion surrounding GTA Online’s timeline, it does allow for more crossover between it and GTA 5. As Import/Export took place right before the events of GTA 5, for example, Rockstar was able to incorporate antagonist Steve Haines into the plot, as it took place before his defeat at the hand of Franklin, Michael, and Trevor. It also means that Rockstar can make more alterations to Los Santos without fear of causing continuity hiccups. GTA Online’s Diamond Resort & Casino update added a brand new casino location to the game that wasn’t present in GTA 5’s single-player. Later heists have also given players the chance to relive iconic moments from GTA 5’s story, with the Union Depository, the final heist in GTA 5, having been introduced to GTA Online earlier in 2021.

While Rockstar itself hasn’t definitively stated why GTA Online was initially set before GTA 5, the fact it served as a sort of prequel ensured that players who chose to experience the multiplayer mode first weren’t given any story spoilers from the main game. Players who hadn’t advanced far enough into the main story could have learned of certain character deaths and major events in the game if GTA Online took place after GTA 5, and with it containing three dramatically different endings, players could have had the ending ruined early on. This risk should lessen with each new release of GTA 5, with players having had eight years to experience the single-player by this point, which may also explain why Rockstar has set more of GTA Online after the main story in recent years.

Players may never know what happened in GTA Online’s so-called “lost years” between 2014 and 2016, but the massive skip forward has made the confusing, packed timeline easier to digest by setting the game in the year the most recent DLC launched. It’s also meant that GTA Online has been able to include more music from post-2013, with Rockstar having provided several new radio stations and tracks since its launch. GTA 5 will see its next re-release for the Xbox Series X and PlayStation 5 in March 2022, which should bring both new and returning players to the game. Although GTA Online may now have a long and somewhat convoluted timeline over the previous eight years, skipping it ahead has enabled Rockstar to introduce new content without the risk of causing continuity errors, opening up new possibilities for further updates that could be more ambitious in scope.

Next: Is GTA 5 Free On PS5 & Xbox Series X If You Already Own The Game

Nicolas Frisiello is a Gaming Features writer for ScreenRant. He graduated from Merrimack College in 2020 with an English degree. A longtime fan of robots, pandas, Dr Pepper, and all things video games.

The other Custers who served the nation honorably 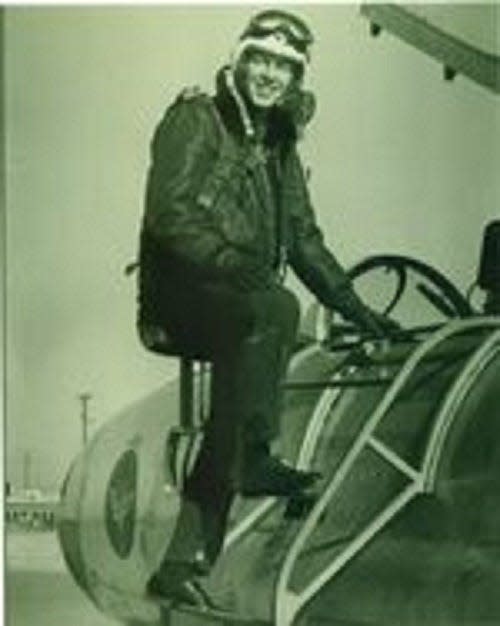