The Madrazo Cartel is a massive drug syndicate in Grand Theft Auto 5 and GTA Online. Here’s everything to know about the ruthless crime family.

Grand Theft Auto 5 and GTA Online are filled with several crime families and gangs, and the Madrazo Cartel is one of the most significant. As a gang and drug syndicate, the cartel appears throughout GTA Online and plays a major role in GTA 5‘s plot.

Like GTA 5‘s many other gangs, such as the Ballas and Aztecas, the Madrazo Cartel is comprised of distinct-looking criminals who can be seen throughout Los Santos. Madrazo members are young Hispanic men who typically wear gaudy Flying Bravo polo t-shirts, and the Madrazo Cartel is feared throughout San Andreas for its ruthlessness and wide reach. GTA 5 makes it clear that the cartel relies on income from arms trafficking, prostitution, and the drug trade, but how exactly do the Madrazos function?

Put simply, the Madrazo Cartel is a family operation. The boss of the cartel is Martin Madrazo, a middle-aged man who serves as a minor antagonist in GTA 5‘s story. Martin employs family members such as his son, Miguel, and his cousin, Javier. Martin is depicted as weary and easily irritated by his criminal lifestyle, and so Miguel is seen as the heir to the family’s throne. During GTA Online‘s Cayo Perico Heist update, Miguel is shown to be highly ambitious and even skilled as a strategist, though he is hungry for approval and sometimes clueless. The Madrazos are revealed to be a severely dysfunctional family, as Martin’s wife, Patricia, is unhappy with their marriage, and Javier even attempts to testify against the family.

Outside of its internal members, the Madrazo Cartel is aligned with the Triads, Vagos, and Kkangpae. Their arms connection is Oscar Guzman, the gun runner who also works with Trevor Phillips. While GTA 5 doesn’t delve into many of the specifics behind the business operations of the Madrazos, The Cayo Perico Heist reveals that the cartel’s supplier is Juan Strickler, an international narcotrafficker known as “El Rubio.” Strickler owns the island of Cayo Perico, and he is blackmailing the Madrazos with incriminating intel in order to get a better deal on their mutual drug transactions. The Heist involves the player traveling to GTA Online‘s small Cayo Perico Island and successfully stealing back the intel on behalf of Miguel, though future expansions could delve further into the tensions between the Madrazos and Strickler.

The cartel is so important in the GTA series because the first time that Michael De Santa and Franklin Clinton meet Martin Madrazos functions as the catalyst for GTA 5‘s story. In the mission “Marriage Counseling,” Michael and Franklin tear down Martin’s house believing that it belongs to Kyle Chavis, who has been having an affair with Michael’s wife, Amanda. Martin threatens both men and says that Michael comes up with $2.5 million as restitution if he wants to stay alive. This debt is what finally pushes Michael headfirst back into a life of crime, setting off a sequence of events that culminates in Michael being reunited with Trevor Phillips. Therefore, if it weren’t for the Madrazos, the game’s three protagonists would likely never have come together and GTA 5‘s story would have changed drastically.

Despite the Madrazos being so important to the game’s plot, the cartel doesn’t continue being a serious threat for too much longer. Most of the remaining Madrazo subplot involves the three protagonists working for Martin before Trevor becomes infatuated with Patricia and kidnaps her. This storyline ends with Trevor returning Patricia and settling on a truce with Martin. Still, considering that both Martin and Miguel are alive and the cartel shows no signs of slowing down after The Cayo Perico Heist in GTA Online, Rockstar could very likely bring back the massive Madrazo Cartel for future GTA titles after Grand Theft Auto 5.

Next: GTA Online’s Inflation Explained: How The Cayo Perico Heist Affected It

Mon Nov 15 , 2021
What We Do in the Shadows has become one of the most hilarious and well-written sitcoms in recent years. Based on the film of the same name, Taiki Waititi and Jemaine Clement present the story of four vampires and their human familiar enduring the trials and tribulations of living in […] 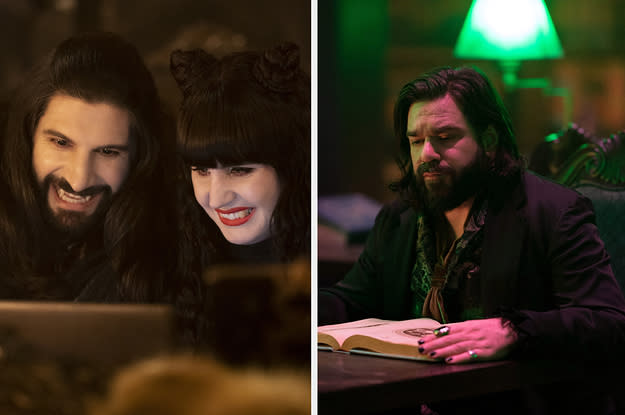