Oct. 28—CORBIN — What started as the result of new-found free time and a thought of “Hey, I can do that, too,” has now grown into an annual tradition that sees Walt Pennington and his family turn the yard of their Sanderlin Drive home into a Halloween spectacle. Pennington said […]

Oct. 28—CORBIN — What started as the result of new-found free time and a thought of “Hey, I can do that, too,” has now grown into an annual tradition that sees Walt Pennington and his family turn the yard of their Sanderlin Drive home into a Halloween spectacle.

Pennington said he and his family had always decorated for Halloween, but had never taken it as far as they do now. He said he began seeing pictures and videos online of other houses kitted out for Halloween, and after retiring, thought he could do something similar with his new free time.

“So, I just started buying a couple of skeletons every year,” Pennington said. “This year we’ve got up to 13 and I think we’ve decided 13 is enough,” he added with a laugh.

And while the 13 skeletons (an odd, perfect number for Halloween) remain the same every year, how they are dressed, what they are doing and where they seem to find themselves changes every year. For example, one year Pennington said the skeletons represented him and his family.

The following year, Pennington decided to keep the family-vibes for his Halloween scene, but made a few minor changes.

“This was back when I lived in London,” he said. “I didn’t really have a lot of room, but I made like a fake camp fire and we found an old grill,” he continued, saying the family was shooting for a camping scene, complete with a skeleton manning the grill.

“We dressed him up in dad stuff,” Pennington continued. “He had his New Balance shoes on and his jean shorts. We found these little skeleton animals and made it look like he was cooking them on the grill.”

Last year, Pennington and has family decided to do a warrior scene with the skeletons dressed as vikings and knights, complete with backdrops and other thematic scenery. This year, the family has decided on a western-themed scene, which Pennington said was inspired by a late-night viewing of the movie “Tombstone.”

Pennington said the family typically set up their decorations toward the beginning of October and that it typically takes a couple of hours to get everything in place. However, the planning and preparing that comes before October can take months and several trips to second-hand stores.

“You go around all year trying to collect clothes,” noted Pennington. “We hit up the Corbin and London Goodwills and the Dollar Trees looking for little stuff like the bandanas, bum hats and stuff like that.”

Pennington and his family have also taken the time to paint tan-colored sheets to act as a back drop for the skeleton cowboys and bandits. Each sheet features a painted building, like a jail or a bank. Another sheet is painted to look like the bar of a saloon, with hand-painted bottles and an appropriately dressed couple of skeletons looking on. The gravestones, which Pennington said started as the family’s pride and joy, were cut from foam boards years ago and feature the names of Pennington and his family.

“There’s a lot of work involved, a lot of painting, a lot of cutting, stuff like that,” Pennington said, also noting that his partner, Anita, had recently had a medical procedure done a month ago, but still wanted to help. He joked that helping with the decorations was Anita’s post-operation rehabilitation.

In all the planning and preparation for this year’s western-styled theme, Pennington said finding cap guns were the hardest part. He managed to score a couple from a local store in London, but at an $8 per toy price tag, Pennington said he only bought a couple.

“I ended up having to go on Amazon,” he said, noting he had to be careful “because you’d order a cap gun and then it’d show up and be about the size of a baby’s hand,” he added laughing.

But all of the prepping, trips to Goodwill and tracking down cap guns is worth it, says Pennington. He and his family get to work together in planning and preparing the decorations each year, and get to show off their hard work to their friends and neighbors. Pennington said it wasn’t uncommon to see people stop in the middle of Sanderlin Drive and snap a quick photo of their display. He said his family welcomed the pictures.

Pennington can remember the first time somebody had stopped to take a picture of his family’s display. It was right after their move to Corbin last year, when Pennington said he saw an SUV stop in front of his home.

“You could see them sort of taking pictures and stuff,” he remembered. “And then all of a sudden I saw a little kid’s hand come out of the back window of that SUV and put his thumb up. I was like, ‘OK, I’m doing something right.'” — Getting to Know… is a weekly series of The Times-Tribune. It features stories of people, places, events and more throughout the Tri-County. If you have suggestions for topics to be featured, email us at [email protected] or call us at 606-528-2464. 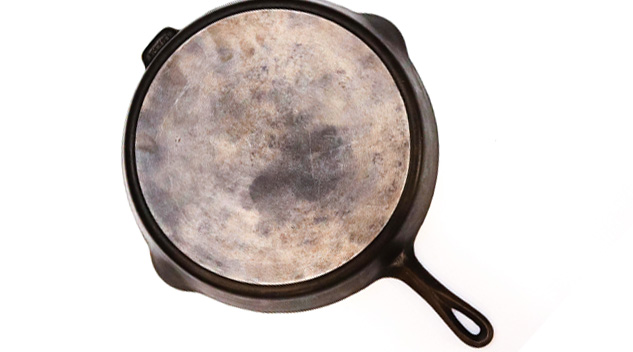