A Fort Carson sergeant major lost two stripes and will serve six months behind bars after he admitted at court-martial to sending indecent text messages to a woman and fraternizing with a subordinate on the post. Sgt. Maj. Benito A. Perez Jr., 51, a former top enlisted soldier in Fort […]

A Fort Carson sergeant major lost two stripes and will serve six months behind bars after he admitted at court-martial to sending indecent text messages to a woman and fraternizing with a subordinate on the post.

Sgt. Maj. Benito A. Perez Jr., 51, a former top enlisted soldier in Fort Carson’s largest artillery unit, was sentenced by judge Col. Steven Henricks to 189 days in prison and a rank reduction to sergeant 1st class. As part of a plea deal, the 31-year Army veteran is expected to keep retirement benefits. The Army, however, can review his misconduct later and could cut his retirement pay.

As part of the deal, prosecutors dropped eight of the 10 charges Perez faced, including four counts of alleged sexual assault from incidents in Texas and Oklahoma between 2008 to 2011. Prosecutors had said in court papers that Perez had exposed himself, coercing a girl to disrobe and groped her. Perez could have faced up to 30 years in prison.

Instead, Perez was sentenced to 179 days for sending indecent text messages between July 2016 and July 2017 and 10 days for a one-sided inappropriate relationship with a subordinate between April 2019 and July 2020.

The judge issued his ruling about 1:40 a.m. Wednesday morning.

Before Perez was sentenced, two women, the alleged victims, took the stand to speak on his misconduct.

A sergeant testified that Perez built a relationship with her by inviting her into his office.

He’d ask for hugs and encourage her to send him photos of herself.

“I felt obligated to see him,” she said. “His power, his rank, it was expected of me.”

She received numerous phone calls and texts and an invitation to visit Perez’s home after work hours.

Perez did address both victims individually when he took the stand.

To the sergeant, Perez said, “I should have been a better sergeant major to you. I don’t blame you for anything. I’m sorry you felt you needed to do things to keep the sergeant major happy. You are a good soldier. You are going to develop into a fine senior leader.”

To the other victim in the case, Perez admitted in court that he sent the text messages in part because he wanted to see photos of the adult female’s body.

“I’m sorry for the indecent language,” Perez said. “I wish I could take those things back but I can’t. I’m really sorry and I hope that one day you can forgive me.”

This second victim’s name was redacted from the original charge sheet but the Gazette learned she was the victim in 9 of the 10 original counts. She was under age 16 in four of the counts and under age 18 in one count, all of which were dropped as part of the plea agreement.

She testified about a multitude of alleged sexual misconduct incidents over a 10-year period beginning in 2008. Some examples include Perez telling her to take her clothes off so he could take measurements of her body, putting her hand on his private and asking her to undress during an online video chat.

Perez denied any of those incidents occurred.

An artilleryman, Perez has served in combat in Iraq and Afghanistan and has deployed to the Middle East five times since 2003. He has twice earned the Bronze Star Medal, the Army’s third-highest decoration for combat service.

He has also earned the Legion of Merit and five times was awarded the Meritorious Service Medal.

Perez had planned to retire but allegations came to light in May 2020 and Perez said Col. Norberto Menéndez, former commander of the artillery brigade, invited him into his office on May 30 to let him know he was under investigation.

Perez complained about his treatment before he was sentenced to serve time.

“As an Army, we talk about caring for our soldiers,” he said. “I feel like no one cared.” 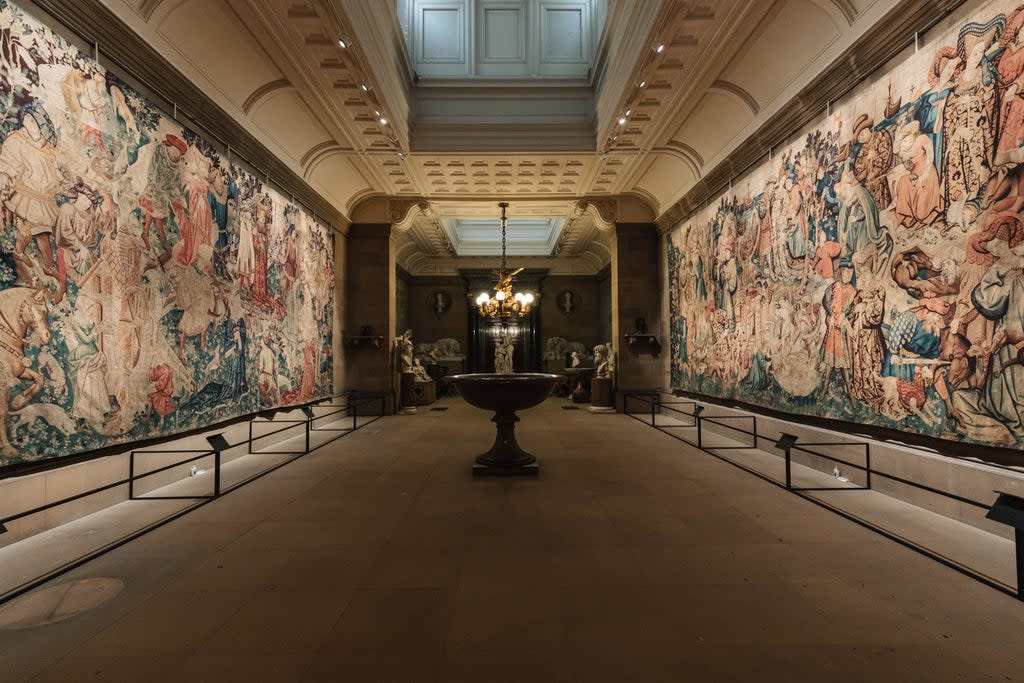