Click here to read the full article. LONDON – Yet another British fast fashion retailer, Quiz, has launched a probe into one of its factories in Leicester, England, a city that is quickly making a name as the country’s sweatshop capital. Quiz, which is headquartered in Glasgow, Scotland and is […]

LONDON – Yet another British fast fashion retailer, Quiz, has launched a probe into one of its factories in Leicester, England, a city that is quickly making a name as the country’s sweatshop capital.

Quiz, which is headquartered in Glasgow, Scotland and is quoted on the London Stock Exchange, said  Monday it is investigating “an alleged instance of non-compliance with national living wage requirements” in a factory that makes some of its products.

It has also cut ties with the supplier working with the factory in Leicester, a city that remains in lockdown due to a spike in the number of COVID-19 cases.

Shares in Quiz were down 5 percent at 6.41 pounds in late morning trading on Monday.

The investigation follows an undercover sting published by The Times of London on Saturday, which revealed that workers in the Quiz factory were being offered less than 3 pounds per hour to make jackets.

The statutory living wage in the U.K. is 8.72 pounds for workers who are 25 years and older. Many of the city’s factory workers are from poor South Asian immigrant families.

The Quiz probe comes just days after Boohoo Group said it was looking into conditions and payments at one of its factories in Leicester.

Boohoo was the target of a Sunday Times of London investigation last week. The company has since cut ties with two suppliers, and has seen its share price plummet in the wake of the scandal.

On Monday, Quiz said it was “extremely concerned” by information reported in the media, and was investigating the allegations, “which if found to be accurate are totally unacceptable.”

Quiz said it believes that one of its Leicester-based suppliers has used a sub-contractor “in direct contravention of a previous instruction from Quiz.” The company said it has immediately suspended activity with the supplier in question, pending further investigation.

“The board is aware that Quiz has clear-cut social responsibilities and legal obligations and understands the critical importance of ensuring the group’s products are sourced from manufacturers whose business operations conform to appropriate standards,” Quiz said in a statement to the stock market on Monday.

Quiz added that it monitors its supplier base through “audits and site visits, and is in the advanced stages of appointing an independent third-party partner to provide more regular audits of suppliers in the Leicester region.”

Tarak Ramzan, Quiz’s chief executive officer, said the company is “extremely concerned and disappointed” about the alleged breach of National Living Wage requirements in one of its factories. He said the company would update stakeholders following a “fuller review of our supplier auditing processes, to ensure that they are robust.”

Local and national authorities have long been aware of questionable conditions and practices in the Leicester garment factories, but have not acted.

Last year, the U.K. Parliament’s Environmental Audit Committee issued a report based on information gathered from fast-fashion retailers such as Boohoo, Missguided and Asos, as well as from local designers and sustainability champions.

The parliamentary hearings addressed everything from factory working conditions to fabric sourcing, British consumers’ shopping habits and the industry’s waste issue. The report had proposed a penny tax on clothing, which would have gone toward improving recycling.

Unlike Boohoo, which offers clothing across a wide range of categories and sizes, Quiz is focused on occasion wear and more formal clothing. Sales last year were 130.8 million pounds. It employs more than 1,500 people in the U.K. and Ireland.

In-house buying and design teams develop their own product lines, while the company relies on a “fast, flexible” supply chain, and about 300 standalone stores, concessions, franchises, wholesale partners and international online partners, in addition to a direct-to-consumer web site.

Mon Jul 13 , 2020
Wall Street has been reeling under volatility since mid-June, following the second wave of coronavirus in more than 20 U.S. states. New cases of COVID-19 jumped as all 50 states started reopening after nearly two months of lockdowns. The resurgence of the deadly virus has raised several questions about the […] 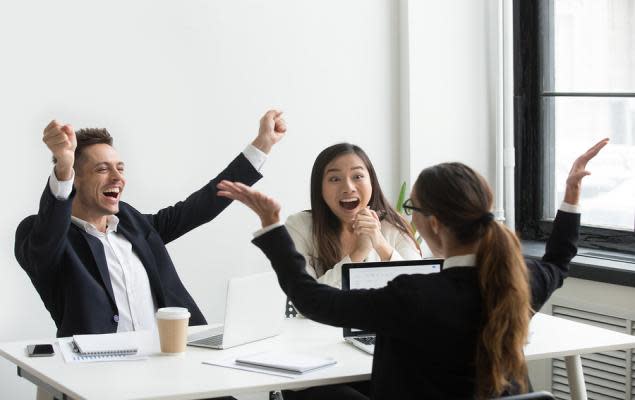