By Jessica Storm, AccuWeather Meteorologist Published Nov. 29, 2021 7:21 AM PST | Updated Nov. 30, 2021 4:09 PM PST When celebrating Hanukkah, here are some important menorah fire safety precautions to keep in mind. Residents in the Southwest may be preparing to flip the calendars to the typically cooler […]

When celebrating Hanukkah, here are some important menorah fire safety precautions to keep in mind.

Residents in the Southwest may be preparing to flip the calendars to the typically cooler month of December, but a building dome of high pressure has had different ideas – an autumn heat wave. The blast of record-challenging warmth began over the weekend, and experts say upcoming seasonal winds will only enhance the sweltering conditions. The stretch of record-challenging warmth officially became a heat wave after the high temperatures remained abnormally high for more than two days.

The enhanced heat this week will be bolstered by the seasonal Santa Ana winds that gust through the region, pushing many areas into the territory of record-breaking temperatures.

The heat began building last week, and on Sunday, Woodland Hills, California, was the hottest location in the United States with a high of 90 degrees Fahrenheit. Farther north, the city of Oakland also broke its daily record, set in 2002, by rising to 73 F.

According to AccuWeather Senior Meteorologist Michael Doll, much of the state can expect those conditions to linger, with yet another dome of high pressure to blame.

“The warm, dry pattern is expected to persist this week, and some locations across California, Nevada, Utah and Arizona could approach or break daily record high temperatures,” said Doll.

The high-pressure dome has pushed the mercury in thermometers 10-20 degrees above normal across the Intermountain West and Southwest deserts. While downtown Los Angeles typically has temperatures in the upper 60s this time of year, highs will soar into the lower 80s instead through midweek as the calendar flips to December.

Wednesday will be the warmest day of the week, with temperatures approaching the Dec. 1 record of 85 F set in 1972. High temperatures in this area will likely not drop below 70 until the weekend arrives.

In Palm Springs, California, which has temperatures in the low 70s in late November and early December, warmth will push temperatures into the upper 80s at times this week. The high temperature on Tuesday tied the record of 91 F set in 1949.

Other cities that are expected to taunt records this week include Ontario, California, Las Vegas and Phoenix.

Even after the sun goes down at night, residents won’t find too much cooling relief, as temperatures will remain around 10 degrees above average, including in Los Angeles, where lows are forecast to dip to around 60 on Tuesday night, well above the average low temperatures around 50.

California is no stranger to record-challenging warmth, and after battling the hottest summer on record in the state earlier this year, officials have proposed a ranking system for heat waves that could better prepare residents for the deadly weather events in the future. The current bout of late-autumn warmth is expected to be somewhat long-lasting due to the weather setup.

“A dip in the jet stream will remain across northwestern Mexico or just offshore, acting to solidify the position of high pressure,” said AccuWeather Lead Long-Range Meteorologist Paul Pastelok.

Some gusty winds are expected to arrive as well this week as a result of this weather pattern.

“The jet stream dip and high-pressure dome will work together to produce offshore winds during the middle of this period,” Pastelok explained.

Conditions will likely just be breezy through Tuesday afternoon, but winds will come to an apex across Southern California on Tuesday night and Wednesday as another Santa Ana event takes place.

“Winds will not be as strong in the mountains and passes early this week compared to the recent Santa Ana wind event but gusty enough to cause wildfires to spread quickly if any were to start,” Doll explained.

Wind gusts will be generally 30-50 mph from the northeast and able to kick up dust and reduce visibilities for travelers. Forecasters have also been increasingly concerned about the risk of wildfire development.

“The fire danger will remain elevated across Southern California through at least Wednesday,” said Doll.

The Storm Prediction Center (SPC) has designated an area of Southern California as having elevated fire risk through Wednesday due to low humidity, gusty winds and high daytime temperatures this week. The ongoing drought conditions persisting in the Southwest are also to blame for this fire risk, as over 80% of California is in an extreme drought, according to the United States Drought Monitor.

Forecasters urge residents to be extra careful with any flames, especially as Hanukkah continues to get underway and celebrators light candles. This should also be in mind with any electronic holiday decorations around the house. Officials remind residents to check the no-burn days website to see what kind of regulations are in place pertaining to burning wood in fireplaces, stoves or fire pits.

High winds and unseasonably warm conditions will likely come to an end by the weekend as the Santa Ana event ends and temperatures settle closer to average.

For the latest weather news check back on AccuWeather.com. Watch the AccuWeather Network on DIRECTV, Frontier, Spectrum, fuboTV, Philo, and Verizon Fios. AccuWeather Now is now available on your preferred streaming platform.

Wed Dec 1 , 2021
Small business owners facing supply chain bottlenecks stocked up ahead of the holiday shopping season, attempting to find the right balance of inventory as they compete with the big box retailers. The global pandemic has led to previous shutdowns in countries such as Vietnam, which have long been suppliers of […] 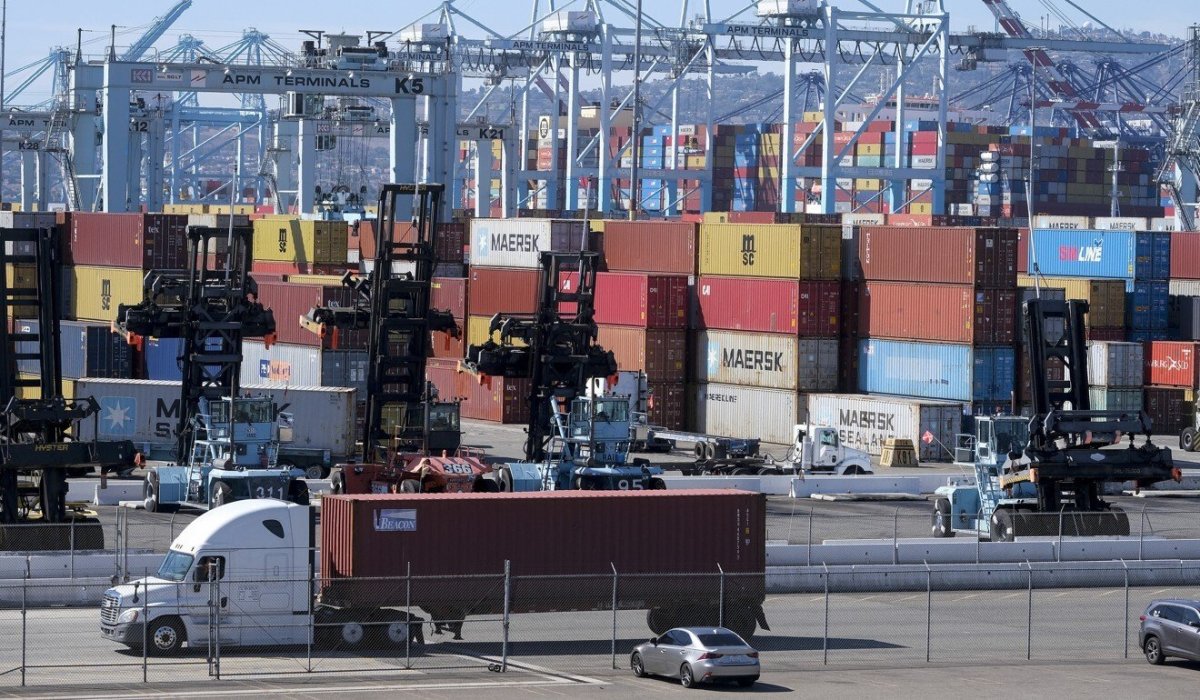