People living in England and Wales are being urged to download the government’s contact-tracing app following its official release.

NHS Covid-19 instructs users to self-isolate for 14 days if it detects they were nearby someone who has the virus.

It also has a check-in scanner to alert owners if a venue they have visited is found to be an outbreak hotspot.

More than one million people had downloaded the app onto their smartphones by the early afternoon.

Anyone aged 16 and over is being asked to install it.

Health Secretary Matt Hancock said the app “helps us to find more people who are at risk of having the virus” that human contact tracers are unable to find.

The app keeps secret who receives a self-isolation alert.

And there was some confusion about whether users could ignore a notification telling them to stay at home.

But the Department of Health had earlier said that users must obey the command and would in theory be liable for fines of £1,000 or more if they did not, while acknowledging it had no way to check.

A senior source has since told the BBC that the notification is “advisory” because the authorities cannot legally enforce something that cannot be proved.

The decision to allow those 16 and over to download the app is a change from trials, which were limited to the over-18s.

The move reflects a desire by health chiefs for the software to be used by as many students in further education colleges and universities as possible.

The age limit is in line with the Protect Scotland contact-tracing app. And health chiefs behind Northern Ireland’s StopCOVID NI have said they intend to launch a new version that accepts under-18s later this month.

The launch comes as the UK reported 6,178 coronavirus cases on Wednesday, up 1,252 since Tuesday, and 37 deaths.

The government had originally intended to release the app months ago. But problems with the initial design and the addition of extra features meant it was only ready for its final public test in August.

One tech expert who has tracked the initiative acknowledged the team involved had worked hard to address concerns about privacy and transparency, but said wider problems could still limit its impact.

“Not only is the app late to launch, but it will be hindered by the delays in the testing system,” Rachel Coldicutt told the BBC.

“If you don’t have symptoms, will a push notification saying you were near someone a week ago make you and your family self-isolate and spend days hitting refresh on the testing website, trying to find a test?”

Although the app allows users to order a coronavirus test and automatically get the results, the government does not believe it will complicate efforts to meet demand.

The app is available for smartphones only – not tablets, smartwatches or other devices.

To get started, go to Android’s Google Play or Apple’s App Store and search for “NHS Covid-19”.

And some of the latest Huawei handsets are excluded.

What will contact-tracing alerts say?

The notification will tell the recipient to go into self-isolation for a fortnight – and trigger the start of the app’s countdown clock.

Even if the recipient has no symptoms or a subsequent negative test result, they must stay at home for the duration.

Unlike when a human contact tracer orders someone to self-isolate, the app keeps the subject’s identity a secret.

Those that have not received such an alert, but fill in the app’s symptoms checker and meet the criteria, will be directed to self-isolate for eight days. They will also be directed to an external website to book a test.

Read more about how the app works in our Q&A

Automated contact tracing is designed to complement the work done by humans by helping to identify encounters with strangers – for example, someone standing close to a user while waiting in a queue outside a shop.

When someone anonymously shares a positive Covid-19 test result via the app, a process developed by Apple and Google makes other users’ smartphones check if they had recently detected the infected person’s handset.

But smartphones were not designed for this purpose and the readings involved are not always accurate. This has led to fears of “false positives” – people being instructed to self-isolate who were never at risk.

However, health chiefs believe a recent change to the calculations involved should help minimise the problem: they now take into account when the virus-carrier was at their most contagious.

One of the app’s other major features is a scanner to let it keep track of pubs, restaurants, hairdressers and other places the user has visited.

Hospitality venues in England now face £1,000 fines if they do not display an official Test and Trace poster featuring a QR barcode assigned to them.

So far, the government says more than 160,000 businesses have downloaded a unique code for their property.

The benefit is that if officials later identify a venue as being at the centre of an outbreak, they can update a database which the phones regularly check for a match.

Users can then be told to self-isolate and/or get tested, depending on the circumstances, without having to revealing their identities.

Other facilities, including postcode-based threat updates and details of the latest guidance, are intended to encourage people to regularly look at the app and change their behaviour.

But a major challenge will be convincing them to download it in the first place:

To encourage adoption in England and Wales, the the major mobile networks have agreed not to deduct data used by the app from subscribers’ monthly allowances.

And it now allows users to delete individual venue visits from the app’s “digital diary”. This followed feedback from victims of domestic abuse, whose partners often check their phones.

One change, however, may be less popular.

Those told to go into self-isolation because of a contact-tracing match will not be able to challenge the decision.

A document published online had indicated that users would be able to call an NHS 111 operator, who might overrule the command.

Retailers are 'hibernating' their unsold stock for next summer

Thu Sep 24 , 2020
Next’s autumn 2020 fashion campaign Mountains of clothes which could not be sold due to the initial coronavirus lockdown in spring are to be ‘hibernated’ this winter, retailers have confirmed. Next, Marks & Spencer and more British brands plan to house the collections which never made it onto the shop […] 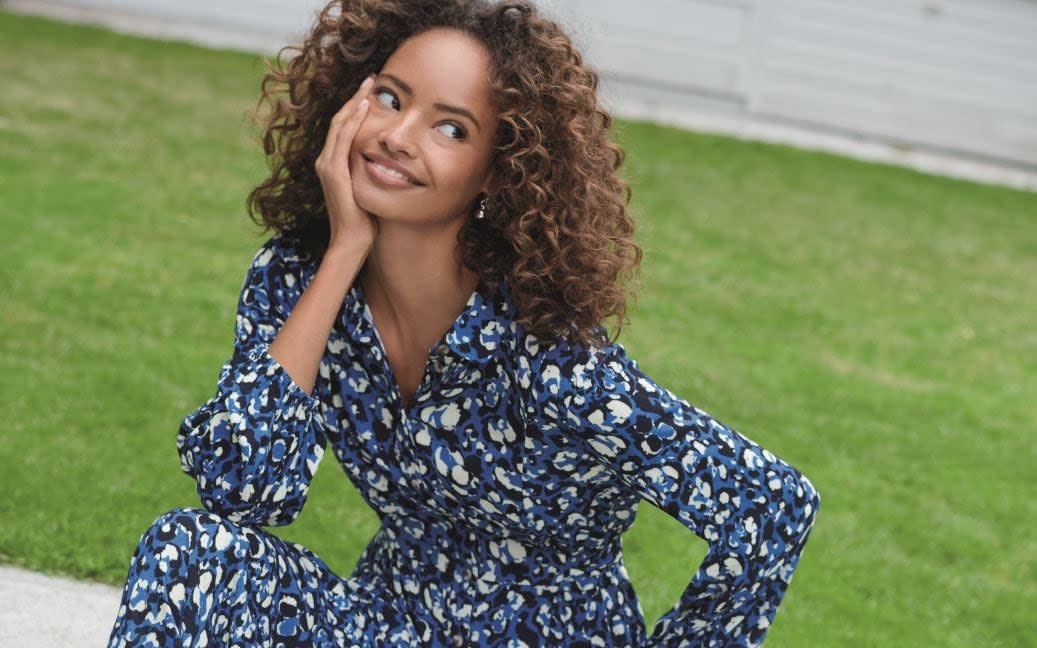