Over the weekend, Tesla CEO Elon Musk played the role of Gatsby and threw a party for 9,000 people in Gruenheide, Germany. Musk hosted the event — complete with decorations ranging from flashing lights to techno music — to celebrate the opening of Tesla’s Berlin-Brandenburg gigafactory. picture alliance | Getty Images Party at #GigaBerlin pic.twitter.com/ZvqARpueOp […]

Over the weekend, Tesla CEO Elon Musk played the role of Gatsby and threw a party for 9,000 people in Gruenheide, Germany. Musk hosted the event — complete with decorations ranging from flashing lights to techno music — to celebrate the opening of Tesla’s Berlin-Brandenburg gigafactory.

At the October 9 event, Musk said the factory could start production as early as next month.

“We’re aiming to start production in a few months, basically, November or December, and hopefully deliver our first cars in December,” Musk said at the festival. “But starting production is kind of the easy part. The hard part is reaching volume production.”

According to TechCrunch, Tesla is expected to manufacture Model Y vehicles and millions of battery cells at the factory. The company submitted plans to invest around $5.8 billion in a battery plant next to the 300-hectare site.

Related: Jeff Bezos Tweets ‘Don’t Let Anyone Tell You Who You Are’ and Elon Musk Responds With a Second-Place Medal

Tesla’s over-the-top celebration comes after numerous protests from locals throughout the factory’s two-year construction process. Bloomberg reports locals have filed more than 800 complaints against the factory.

Chief among the locals’ concerns is the factory’s impact on the area’s water supply and wildlife. Tesla has been responding to complaints by reasoning that Tesla is ultimately aiding Germany in its electric mobility goals and creating jobs for the country.

Musk has also been quick to defend the factory’s impact on the environment.

Sounds like we need to clear up a few things! Tesla won’t use this much net water on a daily basis. It’s possibly a rare peak usage case, but not an everyday event. Also, this is not a natural forest — it was planted for use as cardboard & only a small part will be used for GF4.

Even with numerous protests from locals, Brandenburg’s economy minister Joerg Steinbach says the factory has a 95% chance of getting approval to operate. The complaints are being discussed through an online residents’ consultation process, which is due to end on October 14. After that, environmental authorities will make a final decision on approval for the factory.

“I am fully convinced Tesla can have a positive effect on Germany,” Steinbach told Reuters.

Related: Why is Elon Musk So Successful? It All Comes Down to These 5 Key Personality Traits

10 things to do in Central Pa. this weekend

Wed Oct 13 , 2021
(WTAJ)- Enjoy the sunshine this weekend and head out to these events happening in your area! 1. ARToberfest (Cambria County) A close up of daughter and father hand who pulls seeds and fibrous material from a pumpkin before carving for Halloween. Prepares a jack-o-lantern. Decoration for party. Happy family. Little […] 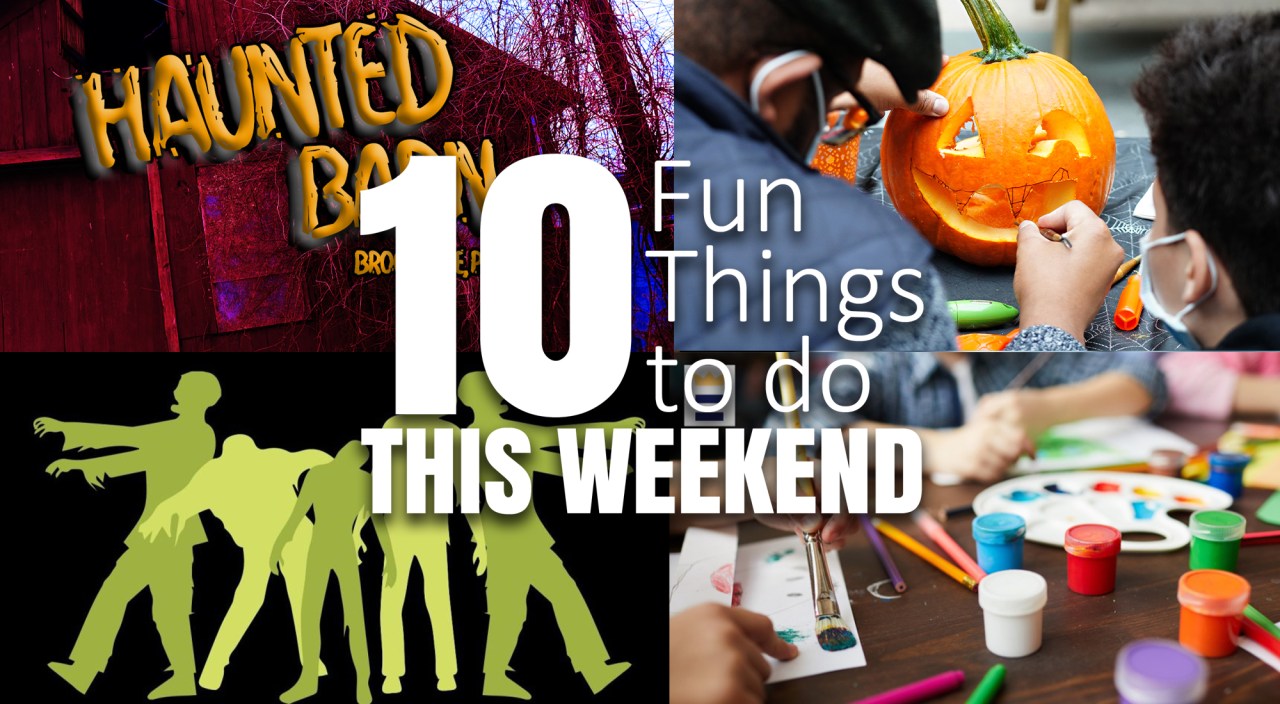