Christmas shopping Early Christmas shopping helped to push up shop sales in October as people spent more on clothing and on toys. Sales rose by 0.8% in October, following no growth in September, according to the Office for National Statistics (ONS). Clothing sales reached their highest level since the start […]

Early Christmas shopping helped to push up shop sales in October as people spent more on clothing and on toys.

Sales rose by 0.8% in October, following no growth in September, according to the Office for National Statistics (ONS).

Clothing sales reached their highest level since the start of the pandemic, said the ONS.

Sales in clothing stores were only 0.5% below pre-pandemic levels, “with some retailers suggesting that early Christmas trading had boosted sales,” the ONS said.

Items that people were buying or pre-ordering earlier than usual for Christmas this year included toys and clothes, shoes and accessories.

“After five months of no growth, retail sales picked up in October,” said ONS chief economist Grant Fitzner. “Although sales overall are above pre-pandemic levels, it remains a mixed picture.”

Helen Dickinson, chief executive of the British Retail Consortium, said that retailers were putting in “a gargantuan effort” to make sure they had Christmas stock amid continuing supply chain problems.

“Labour shortages throughout the supply chains – from farms to distribution – are pushing up costs and creating some gaps on the shelves,” she said.

“Nonetheless, retailers are prioritising Christmas essentials, and many have laid out their festive offerings a little earlier to ensure everyone has time to buy treats and decorations before the big day.”

She said that retailers were hoping demand would be sustained throughout the Christmas period. “However, challenges remain, with higher prices looming and many households facing rising energy bills.”

Separate figures from the ONS showed that government borrowing dipped last month as the economy continued to recover and the furlough scheme wound up.

Borrowing – the difference between its spending and tax income – stood at £18.8bn in October, £200m less than a year earlier.

Despite the fall, the figure still marked the second-highest total for October since monthly records began in 1993.

The interest the government pays on what it borrows also jumped because of rising inflation.

The government has spent record amounts on emergency measures during the pandemic, such as the furlough scheme, which was designed to protect wages. That was withdrawn completely on 1 October.

In Finland, Turning Straw Into Magic

Fri Nov 19 , 2021
VEIKKAALA, Finland — Eija Koski has devoted her life to what is known here as a himmeli, a traditional Christmas ornament made of straw stitched together to create an elaborate web of geometric shapes. But for Ms. Koski, who is regarded internationally as one of the object’s most talented producers, […] 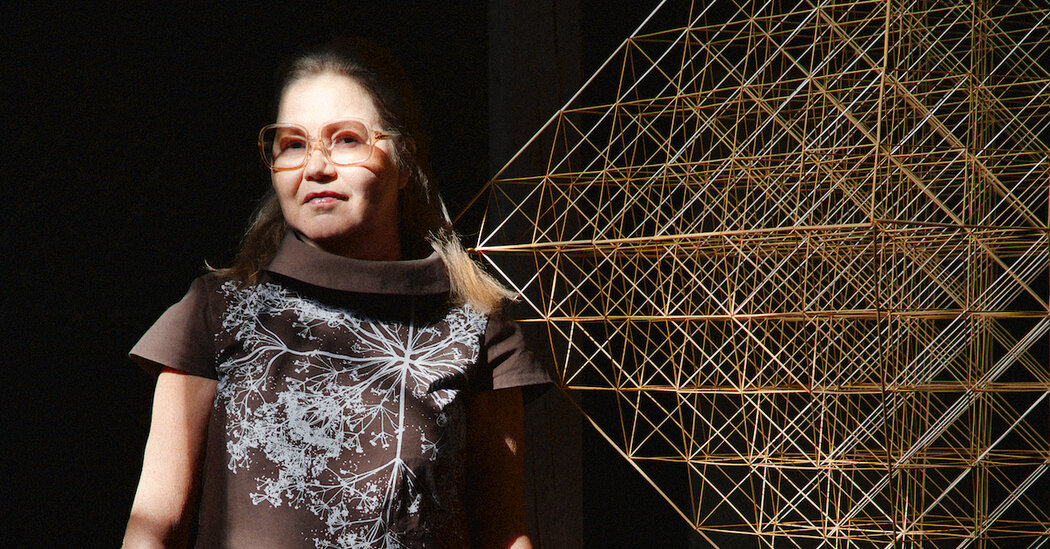