Among the 74 projects that have been shortlisted for this year’s Beazley Designs of the Year awards is a prefabricated hospital in Wuhan that was erected in only 10 days, Tik Tok’s viral Renegade dance and a steak that is grown from the eater’s own cells.


The annual awards, organised by London’s Design Museum, highlight projects from the last year that have made a real-world impact in the spheres of digital, fashion, graphic and product design as well as transport and architecture.

This year’s selected designs are on view in a dedicated exhibition from today until 28 March 2021. They are arranged in chronological order, effectively counting down to the months leading up to the start of the Covid-19 pandemic.

The exhibition starts in January 2019 with Australian studio Jack and Huei proposing Bleached Coral, a more realistic alternative to Pantone’s Living Coral, as colour of the year.

© Provided by Dezeen
Above: Jack and Huei proposed Bleached Coral as an alternative colour of the year. Top image: the Ouroboros Steak is lab-grown from human cells


Rather than attempting to track the progress of the still-unfolding pandemic, the exhibition only charts designs created up until January 2020, when the US Centres for Disease Control and Prevention unveiled a 3D rendering of the novel coronavirus SARS-CoV-2 and the city of Wuhan set out to erect a 1,000-bed coronavirus hospital in only 10 days.

“[We thought] we should leave the designs of the pandemic to breathe a bit and end the show in January 2020,” explained Maria McLintock, assistant curator at the Design Museum.

“Perhaps next year the exhibition will be full of pandemic designs but right now it felt too close and immediate.”

“Next year will be very interesting because we’ll really have to look back on what happened over these past few months and assess which of the designs really worked,” added the exhibition’s guest curator, design historian Emily King,

For now, the projects shortlisted for 2020 illustrate where design was headed before the pandemic and could help reassess how we can move forwards.

Among the core topics, which crop up throughout the exhibition, are issues of social justice, man-made climate change and pollution as well as the migration of our lives into the digital sphere.


Much like last year, a slew of the nominated projects hope to mitigate humanity’s effect on the environment.

Among them are the edible Ooho drinks capsules, which replaced plastic bottles at this year’s London Marathon, a brick consisting of 90 per cent construction waste and an IKEA homeware collection made of rice straw that would otherwise have been incinerated.

In the fashion category, the concern with sustainability manifests itself in the use of reclaimed materials, including a suitcase made from old trainers and the Nothing New collection by Phoebe English, which is fashioned from other studios’ offcuts and sewed using zero-waste patterns.

Meanwhile, in the world of food, several projects explored more ethical and environmentally-friendly alternatives to factory farming, from the vegan Impossible Burger 2.0 to the Ouroboros Steak kit, which allows users to grow a piece of meat from their own cells.


In a foreshadowing of this year’s Black Lives Matter movement, a key concern for the nominated designers was the importance of protesting and campaigning for social justice around the world.

Elsewhere, Chilean art group Colectivo LASTESIS created a performance piece called Un Violador en Tu Camino or A Rapist in Your Path to protest sexual violence, which spread rapidly across the internet and was performed by women across the world.


This year’s shortlisted designers also examined the increasing migration of everyday life into the digital sphere, which has since been accelerated by the pandemic.

Some projects highlighted the internet’s more utopian ideals of connecting people across the world while offering free, almost unlimited access to information.

These include Stacie Woolsey’s Make Your Own Masters programme, Minecraft’s Uncensored Library, which provides access to censored journals and articles, and the Renegade Dance Challenge, a bite-sized, viral dance performance that was replicated by more than 29.7 million Tik Tok users.

Other designers focused on the more dystopian aspects of technology and concerns around privacy and data collection online, such as the Reflectacles sunglasses by Chicago designer Scott Urban, which confound facial recognition systems through infrared-blocking lenses.


Recognising the importance of entertainment and escapism in times of political and social upheaval, this year’s awards also highlighted an unprecedented amount of movies and TV shows, from the sound design of HBO’s miniseries Chernobyl to the production design of Bong Joon Ho’s Academy Award-winning film Parasite, for which an entire house was constructed from scratch.

The overall Design of the Year winner will be announced on Thursday 26 November, alongside winners for each of the six categories.

These will be selected by a panel of seven judges, which this year includes artist Camille Walala, the Financial Times’s architecture and design critic Edwin Heathcote, as well as fashion designer and A Cold Wall founder Samuel Ross.

Last year’s winner was Anatomy of an AI System, an infographic and research project by Kate Crawford and Vladan Joler that showcased the amount of human labour, data and resources needed to create a voice-assistant like the Amazon Echo.

The Designs of the Year exhibition will run from 21 October 2020 to 28 March 2021. See Dezeen Events Guide for an up-to-date list of architecture and design events taking place around the world.

The post Designs of the Year 2020 nominees include a Tik Tok dance and Wuhan’s coronavirus hospital appeared first on Dezeen.

Boston's LGBTQ+ Musicians Are Paving The Way Toward Inclusivity : NPR 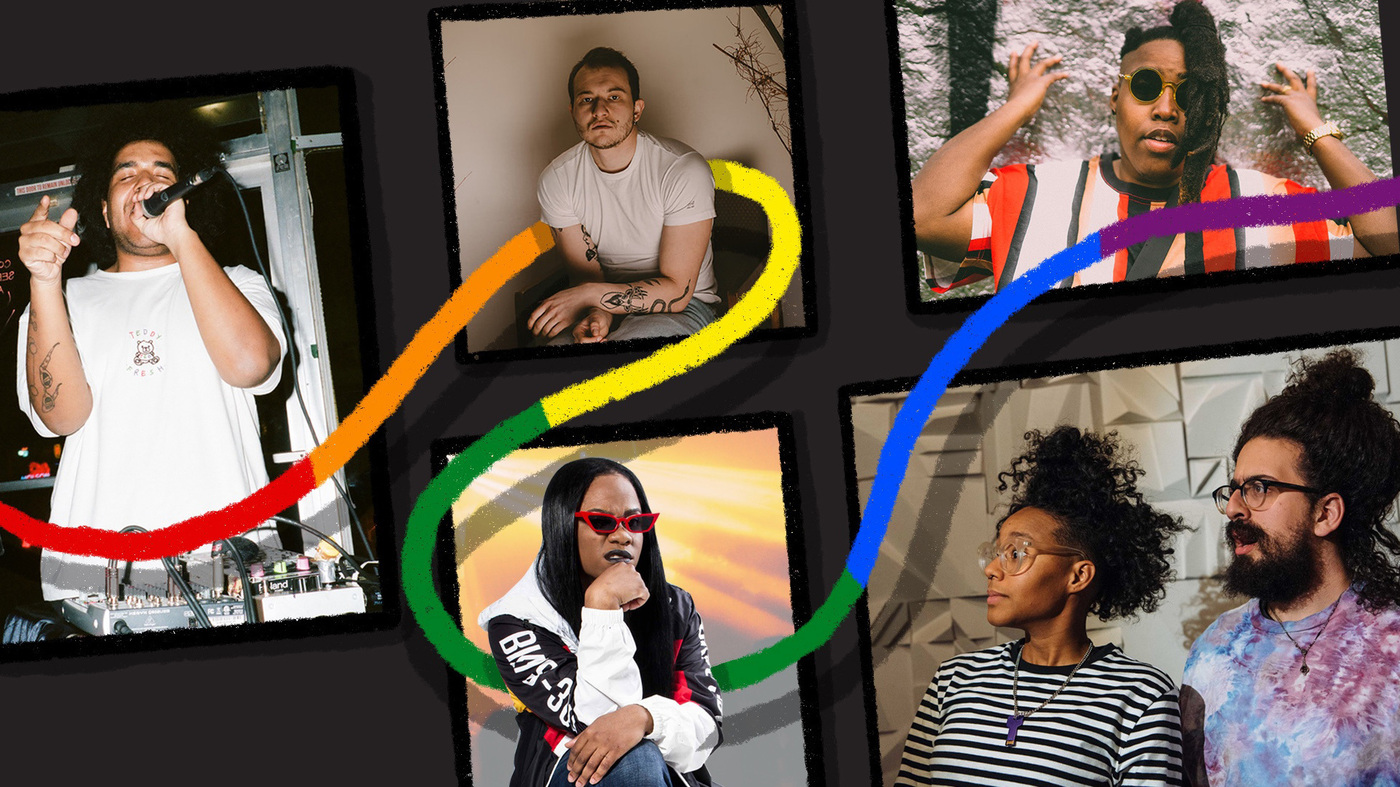