PARIS (Reuters) – Confronted with problems in fabric deliveries and supplier closures during France’s coronavirus lockdown, fashion designer Alexis Mabille had to improvise to salvage his next collection, turning to materials he had to hand. Like peers unveiling their creations at Paris’s Haute Couture showcase this week – an online-only […]

PARIS (Reuters) – Confronted with problems in fabric deliveries and supplier closures during France’s coronavirus lockdown, fashion designer Alexis Mabille had to improvise to salvage his next collection, turning to materials he had to hand.

Like peers unveiling their creations at Paris’s Haute Couture showcase this week – an online-only format – Mabille began confectioning his looks before restrictions on movement in much of Europe were lifted.

That derailed everything from the availability of made-to-order embroideries to the process of casting models who usually fly around the world for fittings, but provided couturiers with novel forms of inspiration too.

“I worked in the opposite direction – instead of working on the design, the material and the colour, I started from the colour of the fabric and then the collection,” Mabille told Reuters, adding that he had sought to project a “bright view on things” with dresses that ranged from vivid purple to yellow and shimmering animal-style prints.

Even for the biggest brands with huge means, however, Europe-wide lockdowns proved a challenge.

Maria Grazia Chiuri, who designs womenswear for Christian Dior, owned by the LVMH conglomerate, coordinated her collection from Rome via video calls with seamstresses and production teams working at home.

The label also faced some lost or delayed deliveries as it tried to bring its concept for a collection presented on mini-mannequins together – and Chiuri said she had had to readjust to life without office staff.

“I used my daughter a lot,” she joked.

Dior’s teams of taylors and seamstresses – all wearing face masks – came together in early July to put the final touches on looks in the brand’s atelier in Paris.

For some designers, the uncertainty is far from over, even as coronavirus lockdowns ease and Paris prepares to host fashion shows again from September.

Couture labels, which sell a small number of outfits to the uber-rich, are unsure when their clients will be able to travel again or what demand will be as the pandemic rattles economies the world over.

“We must propose to the buyers a balance, meaning a good price, good quality and exceptional product and expertise,” said designer Stephane Rolland.

Designing had proved an escape from the stresses of lockdown, Rolland added, a sentiment shared by many peers, including Chiuri.

“At one point, I decided to listen to the news for only one hour a day because the risk was that I would spend a lot of time in front of the TV,” Chiuri said.

“For the other people of the atelier, to work, to have a project to make together was helpful.”

Julien Fournie, a French couturier who spent lockdown largely centered on his Paris atelier, said he was even relieved to have a moment to create a collection without distractions.

“For the past decade, I was like a hamster who didn’t stop running,” Fournie said, ahead of unveiling his looks, which include flowing silk gowns with kimono-style sleeves.

“I no longer had the time to enjoy my team, not even to see a dress being set up or take time to choose an embroidery or to design a print.”

These Sculpting Jeans Will Make Your Butt Look Great

Tue Jul 7 , 2020
There’s nothing like putting on a pair of amazing jeans that instantly transforms your look and boosts your confidence. But we know all too well that with so many styles, fits, and fabrics out there, finding the perfect pair of jeans that flatters your figure, contours your assets, and fits like a glove […] 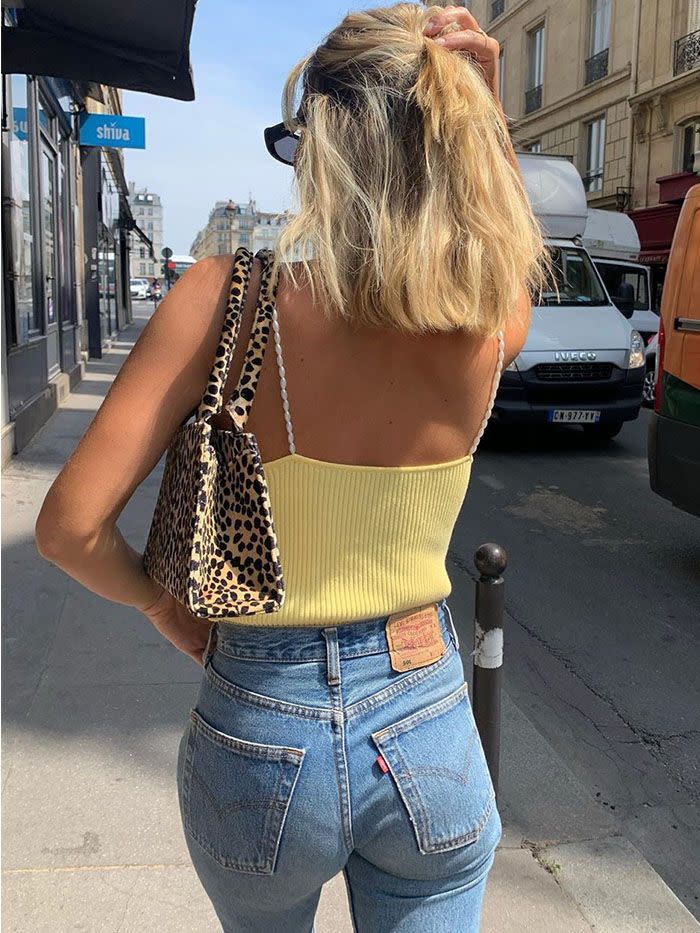