Despite growing concerns about data privacy, most brands still rely on consumer information to make sure their ads get in front of the right people at the right moment in time. But change is coming. Consumers have taken note of the brands that are evolving their business practices and those that are not. The next generation of digital advertising will follow a new business model that delivers streamlined digital experiences without compromising customers’ personal information. This new world of advertising will come in the form of “identity-blind” ads that no longer need individualized, personal information to generate the same, or better, results.

Chicago-based Cooler Screens aims to prove this new model by bringing everything customers love about online shopping (and none of the tracking) to frozen and refrigerated food aisles across the nation. What exactly is Cooler Screens doing? The company is replacing old glass cooler doors with digital smart screens that display up-to-date product information, dynamic consumer reviews, and nutritional information, among other things, as well as digital advertising. The difference? There’s zero personally identifiable information collected or used to target the ads. How does Cooler Screens ensure advertising is reaching the right audience?

The answer comes down to context. For example, someone who lingers in front of the ice cream case on a hot July day (regardless of race, gender, spending power, or any personally identifiable variable) probably wants to buy ice cream. Similarly, someone who just picked up a frozen pizza around dinnertime might be looking for a six-pack of beer to go with their meal. The idea of context-based, “identity-blind” advertising could change the game for advertisers and completely eliminate the need to collect mass amounts of highly sensitive, personal information.

Cooler Screens is so confident in this model that they built their technology, by default, to be incapable of using or collecting personal information. And the results speak for themselves: In a 2019 pilot program with Walgreens
, unit sales grew between 50-100% faster in stores equipped with Cooler Screens technology. “We’ve proven in the past 12 months, at the scale of millions of customers, that understanding customer identity and demographics aren’t necessary to influence the purchase decision,” says Arsen Avakian, Cooler Screens’ co-founder, and CEO.

Private By Default, By Design

Supported by internet-connected, refrigerator-door-sized screens, Cooler Screens distributes its contextual ads based on non-identifiable data—things like current events, weather forecasts, time of day, data about products on the shelf, and other context-focused data. Their model follows the principles of Privacy by Design (PbD), an emerging standard for consumer privacy developed by global privacy expert Dr. Ann Cavoukian. According to Cavoukian, a company with an identity-blind business model, like Cooler Screens, will never need to identify individuals, gather personally identifiable information or attempt to re-identify via linkable information. It’s not part of their business model.

In order to demonstrate their commitment to privacy, the PbD logo will be present on every Cooler Screens door as a signal to consumers that their personal information is protected. In the long term, both Avakian and Cavoukian hope the logo will become a badge of trust across technologies and industries similar to the certification logos that graced early e-commerce websites, telling potential buyers that it was safe to input their credit card information.

Cooler Screens will be the first company to work within these principles with such a cutting-edge concept and they’re not scared about succeeding. They’re so confident, in fact, that they’ve even committed to a Consumer Privacy Pledge, which will be posted on each door for consumers that might be interested—or concerned—about what’s being collected after interacting with the screen because they have nothing to hide.

Customers today expect their every move to be tracked and monetized—and they’re tired of it. Propaganda has moved from a poster on a wall to ads between TV episodes to notifications on your phone. With each step, the propaganda has acquired a more direct line to the end consumer, making it much harder to avoid. This couldn’t be truer than with a Cooler Screen, which is completely unavoidable. This is exactly why the company has taken the direction it has.

Cooler Screens believes that as consumers tire of their every move being monetized, identity-blind business models will become more common. They believe people will shun technology that doesn’t serve them well. And they’re more than happy to prove it, putting their money where their mouth is.

For an advertising industry that’s addicted to personal data, Cooler Screens’ model represents a responsible, privacy-protecting way forward. By proactively weaving privacy safeguards into every aspect of their operations, this new generation of advertising will deliver streamlined digital experiences without compromising personal information and win back customer trust in the process.

One major challenge the privacy-protecting tech movement faces will be making sure consumers are aware of the changes be made. Cooler Screens has done this by committing to a Privacy Pledge on each door, to help consumers understand what’s going on. The other challenge will be more fundamental: getting companies to work together to win back customers’ trust. This work needs more major industry players—like Walgreens—to start committing to better business practices. This isn’t going to happen over night but change can already be seen. The question readers need to ask themselves is this: what are you doing to help make change? And if you’re not doing anything, what can you do starting today?

Wed Oct 21 , 2020
After more than a year of protests on land and even in the water, environmentalists got their wish. An NJ Transit project to build a back-up power system to keep trains running will be fueled by solar and battery storage instead of natural gas. “We are reimagining the project to […] 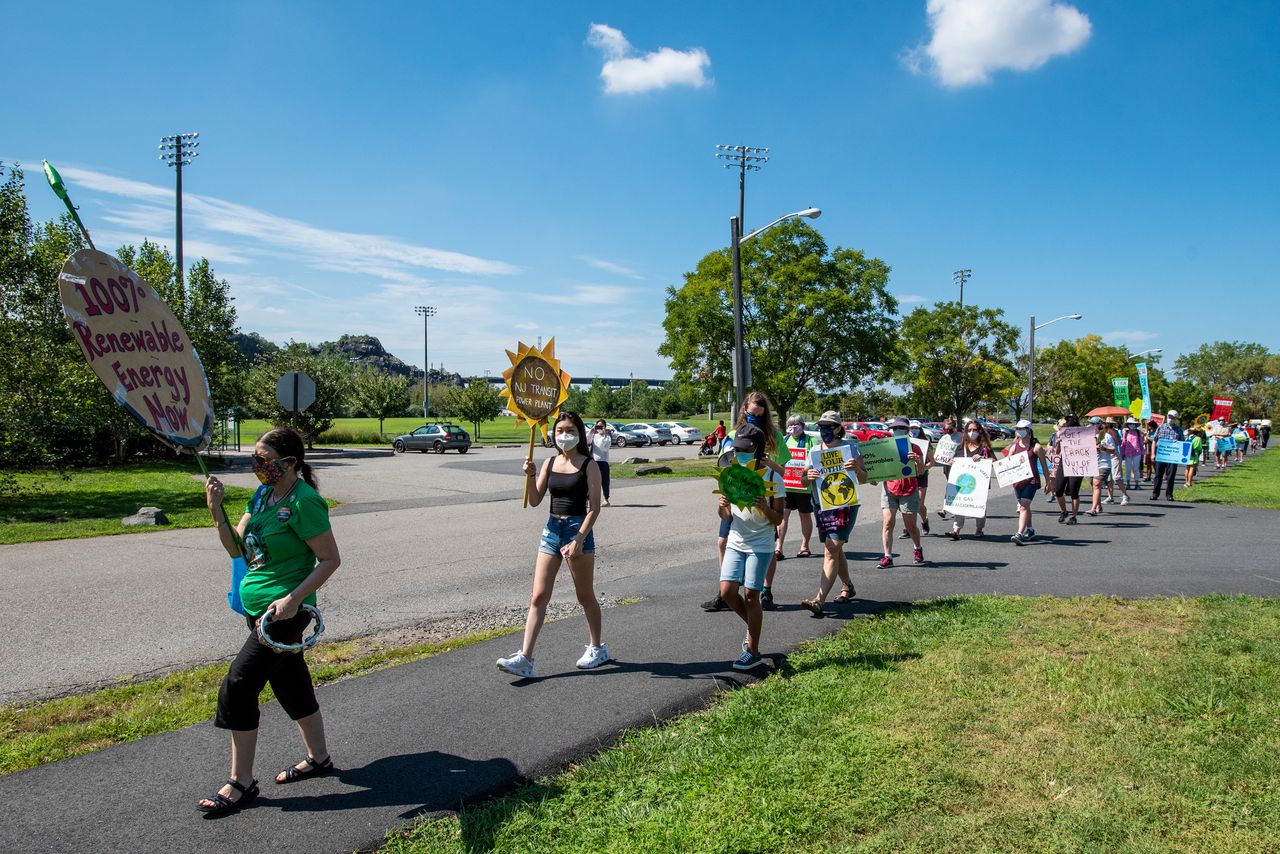