The Commission on Presidential Debates has adopted new rules muting the microphones of President TrumpDonald John TrumpPolice say man dangling off Trump Tower Chicago demanding to speak with Trump Fauci says he was ‘absolutely not’ surprised Trump got coronavirus after Rose Garden event Biden: Trump ‘continues to lie to us’ […]

Joe BidenBiden: Trump ‘continues to lie to us’ about coronavirus Rally crowd chants ‘lock him up’ as Trump calls Biden family ‘a criminal enterprise’ Undecided voters in Arizona wary of Trump, crave stability MORE to give them two minutes of uninterrupted time at the beginning of each debate segment.

The news of the rule change comes just three days before the final presidential debate between Trump and Biden in Nashville, Tenn. The commission said it was appropriate to adopt the new measure “to promote adherence to agreed upon rules and inappropriate to make changes to those rules.”

“Both campaigns this week again reaffirmed their agreement to the two-minute, uninterrupted rule. The Commission is announcing today that in order to enforce this agreed upon rule, the only candidate whose microphone will be open during these two-minute periods is the candidate who has the floor under the rules,” the commission said in a Monday evening statement.

“For the balance of each segment, which by design is intended to be dedicated to open discussion, both candidates’ microphones will be open,” it said.

Under the rules for Thursday’s 90-minute debate, each candidate will have two minutes of uninterrupted time at the beginning of six 15-minute segments.

The commission had been considering potential changes in the wake of the first debate, which descended into chaos as Trump repeatedly interrupted Biden as well as the moderator, Fox News host Chris Wallace

Christopher (Chris) WallaceTrump adviser says president will give Biden ‘a little bit more room to explain himself’ at next debate Buttigieg says it’s time to ‘turn the page’ on Trump administration Miller on whether Trump regrets ‘Lock her up’ chant about Whitmer: ‘Not at all’ MORE.

The Trump campaign made clear it opposed the change in a statement on Monday night but said the president would still participate “regardless of last minute rule changes from the biased commission in their latest attempt to provide advantage to their favored candidate.”

The Trump campaign had criticized the commission earlier this month for weighing potential rule changes, accusing the nonpartisan panel of working to assist Biden.

The commission members acknowledged potential pushback to the change, saying that they “realize, after discussions with both campaigns, that neither campaign may be totally satisfied with the measures announced today.”

“One may think they go too far, and one may think they do not go far enough. We are comfortable that these actions strike the right balance and that they are in the interest of the American people, for whom these debates are held,” the commission said.

The debate will be moderated by NBC News correspondent Kristen Welker. It was supposed to be the third between the two candidates, but the second debate was canceled after Trump objected to the commission’s decision to make it virtual in the wake of his COVID-19 diagnosis.

Earlier Monday, the Trump campaign objected to the range of topics announced by Welker, pushing for the meeting to be chiefly focused on foreign policy.

“As is the long-standing custom, and as has been promised by the Commission on Presidential Debates, we had expected that foreign policy would be the central focus of the October 22 debate. We urge you to recalibrate the topics and return to subjects which had already been confirmed,” campaign manager Bill StepienBill StepienRepublicans increasingly seek distance from Trump Trump shares manipulated image of Biden in wheelchair at nursing home The Memo: Trump travel plans reveal weakness in battlegrounds MORE wrote.

“The Commission’s pro-Biden antics have turned the entire debate season into a fiasco and it is little wonder why the public has lost faith in its objectivity,” he added.

Biden’s campaign pushed back on that characterization, saying Trump is simply trying to avoid answering questions about his response to the pandemic.

“The campaigns and the Commission agreed months ago that the debate moderator would choose the topics,” Biden national press secretary TJ Ducklo said. “The Trump campaign is lying about that now because Donald Trump is afraid to face more questions about his disastrous COVID response. As usual, the president is more concerned with the rules of a debate than he is getting a nation in crisis the help it needs.”

How to get the modern country look in your home

Tue Oct 20 , 2020
Whether it’s a modern update for a rural retreat or added rustic charm for an inner-city space, country chic has emerged as a key trend this year. Here’s how Next can help you get the look at home Homely, country-inspired interiors offer exactly what we desire when it comes to […] 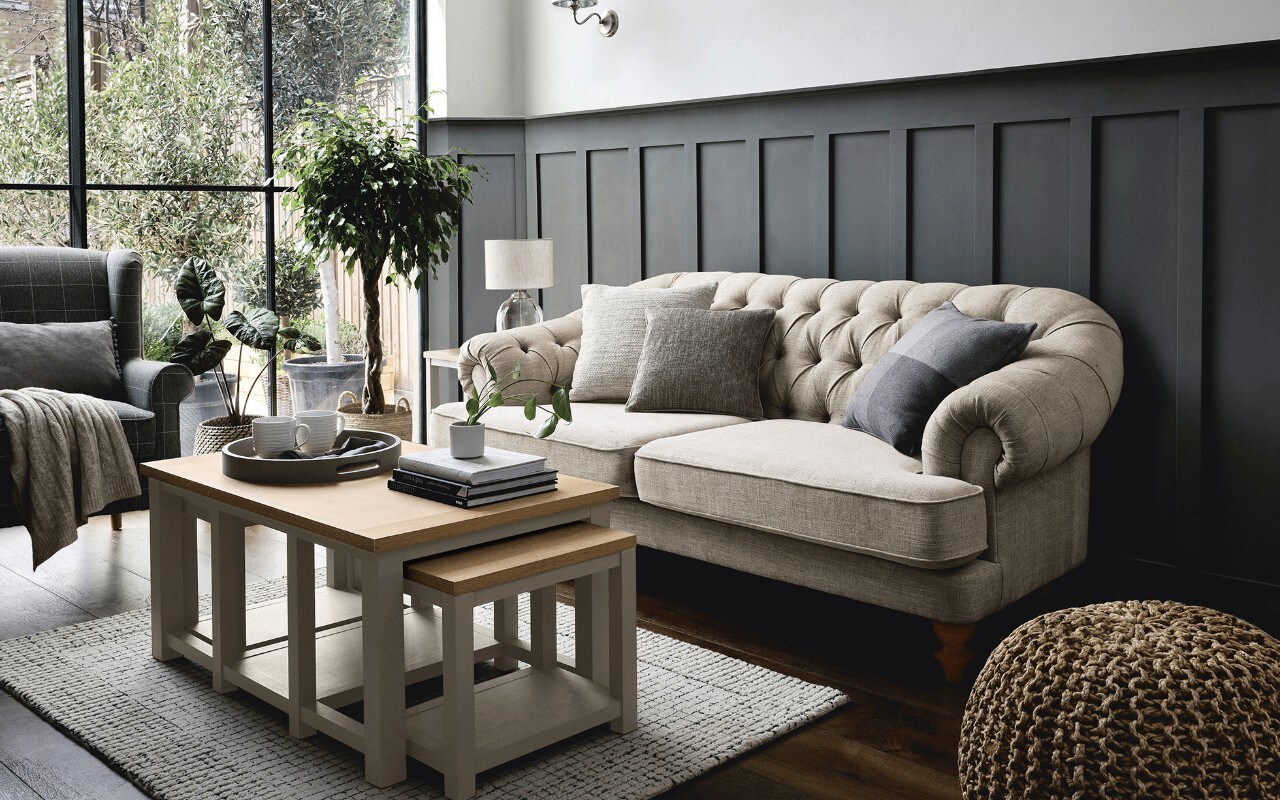