The murders are scripted. The money is real. In cities throughout China, young people are flocking to clubs to play a game that can be translated as “scripted homicide,” where they become different characters and spend hours solving fake murders. This macabre entertainment is expected to generate more than $2 […]

The murders are scripted. The money is real.

In cities throughout China, young people are flocking to clubs to play a game that can be translated as “scripted homicide,” where they become different characters and spend hours solving fake murders.

This macabre entertainment is expected to generate more than $2 billion in revenue this year, by one count. The growing popularity has sparked some concerns from Chinese government officials about their sometimes gothic or gory content. It has also led to a proliferation of clubs and competition for new and compelling scripts that players and owners alike say has become, well, cutthroat.

“There’s a huge demand for good scripts that’s just not met,” said Zhang Yi, 28, a Shanghai resident who played more than 90 games in just over a year. “The script is the foundation to everything in this game.”

Scripted homicides, known as jubensha in Chinese, require players to gather in a group to discuss a fake murder or other crime. Each player is assigned a character from a script, including one who plays the murderer. Then they engage in an elaborate role-playing game, asking questions of the host and each other, until they determine which one of them did the deed.

In one club in Beijing, for example, players descend into a fantastical martial arts school where they don robes and assume roles like a peach fairy or a dragon. The script offers character backgrounds, relationships and potential storylines. The plot develops as the players go around the table, talking in character, taking hooks from the script and the host. In the end, they vote on who they think the murderer might be. (In that particular game, it was the kung fu student who practiced on a mountaintop.)

A successful, dramatic scripted homicide offers laughs, tension and maybe even tears. “They will cry,” said Poker Zhang, who owns a script-writing business in the city of Chengdu. “Players cry a lot.”

The whodunits may be imaginary, but they provide a real-world alternative for young Chinese people who spend increasing amounts of time on their screens.

The country’s one billion internet users spend much of their time on their phones, spurring worries from the public and the government alike about excessive screen time. The government’s concerns over children in particular has led it to restrict video game time for minors.

The games also provide free-flowing opportunities for young people to mingle, something that can be rare in China, according to Kecheng Fang, an assistant professor in the School of Journalism and Communication at The Chinese University of Hong Kong.

The games provide “a participatory experience and a way of socializing, which is missing from the life of many Chinese young people,” Dr. Fang said. “They lack participation in civic affairs, community engagement and meaningful socialization.”

For Ms. Zhang, the player from Shanghai, scripted homicides have become one of her primary ways to meet people.

“I met people who I now spend the entire weekend with,” she said. “We meet every week. It’s replaced a lot of the other activities in my life.”

The pandemic briefly threatened the industry, say its adherents. But scripted homicides came back stronger than ever when travel restrictions stranded young people in their hometowns and left them looking for distractions.

Now, Ms. Gong works at a club part-time. “I shed tears every time I play,” she said. Much of the pleasure, she said, comes from matching players with a part in the script that “will touch you and resonate with you.”

Jubensha has become so popular that the Chinese authorities have become concerned about their subject matter. The state-run Xinhua News Agency blamed such games for potentially distorting reality, labeling them as “confusing” to young players.

The scripts are similar to video games, TV and films, “and are therefore subject to content censorship,” said Professor Fang. “Especially since the government seems eager to set a high moral standard, it’s paying attention to the so-called ‘bloody and gruesome’ content of the game.”

This kind of crackdown is nothing new for authoritarian governments, said Joseph Laycock, associate professor of religious studies at Texas State University, and author of “Dangerous Game” about the history of role-playing games.

“These games of imagination carry with them a kind of radical autonomy,” Dr. Laycock said. “Because if you can imagine the world being another way, that gives you the ability to question things that had previously gone unquestioned.”

Role-playing games have been popular in China for years. But scripted homicides took off around 2015, when reality shows with names like “Lying Man,” “Dinner Party Seduction,” and later “Who’s The Murderer,” showed celebrities playing whodunits. Naturally, members of the audience wanted to play too. Clubs started opening, fans poured in and a new pastime took off.

Last year, the number of scripted murder enterprises registered in China totaled about 6,500, a more than 60 percent increase from the prior year, according to state-run media, amping up competition.

The decoration of the rooms and quality of the hosts can distinguish one club from another. But each club really lives and dies by the quality of their scripts. Bai Lu, a club owner in Beijing, said, “Investment into props and offline features is not as high as our investment in scripts.”

Club owners buy scripts from a variety of places, from industry exhibitions to websites like Xiaoheitan, an online mall that connects script distributors and club owners. Some scripts can be as long as 40 pages.

A “retail” script that can be sold to any number of clubs can cost about $80, said Wang Yihan, 28, who owns four script homicide clubs in Shanghai and also writes and distributes the mysteries. A “city-limited script,” which can only be sold to a handful of clubs in the same city, can sell for about $300, she said.

An exclusive script, she said, for only one club, can cost as much as about $900.

Many people are eager to put together a script of their own.

When Ms. Wang worked as a host, she received a popular script that she thought could be better. “I made five full pages of changes to it,” she said. “I was constantly thinking about how to better conjure up the emotions of the players.”

It worked. She made about $3,100 she said, and it became one of her club’s best-selling scripts.

The pursuit of scripts can result in real crimes, said Ms. Wang and others. “Scripts are constantly copied, pirated and sold for cents on the internet,” she said. “That’s the single biggest problem club owners face.”

On the online Chinese retail site Taobao, a bundle of 3,000 scripts can be bought for about $2.

The piracy has some club owners welcoming the attention that government officials are increasingly paying to the business. Ms. Wang and others are openly asking for government regulators to step in and clean up the industry, to prevent bribery among script distributors and protect material from being stolen.

“Creation is inherently difficult,” said Ms. Zhang, in Shanghai, “and piracy has dealt a huge blow to the industry.”

'EastEnders,' looking like a celebrity, Phoebe Bridgers, and other things that went viral on TikTok this week 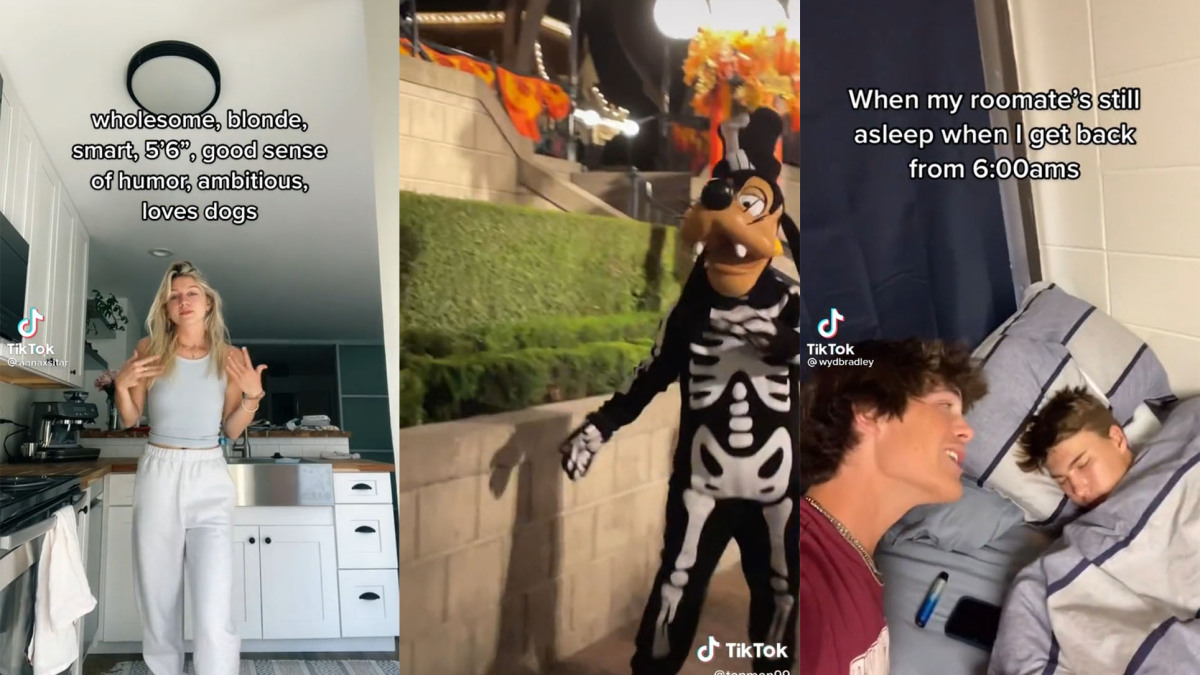