At least they didn’t on Sunday, judging from their season opener and how they picked apart and destroyed the Tennessee Titans, 38-13, in front of a stunned crowd of 67,216 at Nissan Stadium.

Murray, who failed to get a first down on three series in his one and only preseason game, passed for 289 yards and a career-high four touchdowns while also rushing for a touchdown as the Cardinals posted Week 1 road victories in back-to-back seasons for the first time since 1972-73.

When the carnage was over, Murray stuck to his guns in saying the preseason is meaningless.

“Like I said, it doesn’t count and my feelings toward it is not going to change,” said Murray, who threw two touchdowns apiece to All-Pro DeAndre Hopkins and Christian Kirk. “I’m just glad we came and handled business.”

As it relates to the offense, Hopkins never had any worries the Cardinals wouldn’t be able to show their true colors against the Titans. Tennessee was a playoff team a year ago and is considered a real contender this year as well.

But according to Hopkins, Arizona always knew it had an offense capable of doing big things like it did on a sunny afternoon that felt like a stroll in the park. Hopkins told anyone who would listen not to worry about Murray and the offense after one quick, but pathetic preseason appearance against the Chiefs when the starters accounted for negative-1 yard.

“I think we said that ’cause you guys in the media was panicking after one preseason game, so we felt like we had to calm y’all down a little bit,” said Hopkins, who finished with a game-high six receptions and 83 receiving yards along with two touchdown grabs from Murray. “We knew what we were going to be like.”

The Cardinals racked up 416 yards in total offense, averaging 6.2 yards per play, and won the time of possession battle by nearly seven full minutes. They wouldn’t have been as dominating, however, if it wasn’t for their defense, which tied up running back Derrick Henry, intercepted Ryan Tannehill once, forced him into two fumbles and sacked him six times, including a franchise record-tying five by Chandler Jones.

“We knew if we could stop the run, we could shut down the play-action stuff and get them in third and long and make them try to block Chandler,” coach Kliff Kingsbury said, adding of defensive coordinator Vance Joseph, “V.J. had a tremendous plan and we executed it perfectly early.”

Titans coach Mike Vrabel, noting Jones disrupted both sides of his starting offensive line, wasn’t sure what else Tennessee could have done.

“Give him a lot of credit,” he said. “He’s been a really good player for a lot of time and years.”

The turning point for the offense came late in the first half after Tannehill completed an 11-play, 75-yard drive with a 1-yard touchdown. The Titans missed the extra point with new kicker Michael Badgley, but they quickly forced Murray and the Cardinals into a third-and-10 situation and on a play that seemed like it may never end, appeared to have Murray on the ropes.

He dropped back to pass, then darted quickly to his right avoiding pressure. The edge was sealed, however, so he ran to his left only to find more would-be tacklers. Murray then moved up, then moved back, and after a little more wiggling, flung a pass that went for a huge, 18-yard gain to rookie receiver Rondale Moore (four catches, 68 yards).

The 12-play, 75-yard drive, which included a perfect, 22-yard pass and catch from Murray to Kirk, was capped by Murray’s 2-yard bootleg run for a touchdown. It came in Kingsbury’s “Mega-Watt” formation, which included defensive linemen J.J. Watt and Leki Fotu, all 622 pounds of them, lining up to Murray’s left in “fullback” roles in addition to a third extra tackle on the line in Justin Murray.

“That was just some trickeration, some decoration, but I’m sure they were excited to be in there,” Kingsbury said, smiling. “It worked.”

So did Murray’s crazy scramble that enabled the drive to continue. According to the NFL’s NextGenStats, Murray covered 42½ yards during his to-and-fro darting around ability.

Murray is well known for extending plays by any means necessary, but in this particular instance, the entire complexion of the game changes if he doesn’t buy himself enough time and then find Moore for the first down.

“Just trying to make a play,” said Murray, who completed 21 of 32 passes, was intercepted once and sacked twice and ran five times for 20 yards. “Guys look to me to make a play. It’s third down, it’s a money down and we’ve got to convert, so that was basically my mindset. Try to make a play.”

He made plenty, including a 5-yard pass high in the back of the end zone to Hopkins, who skied to make the catch and managed to keep both feet inbounds. “That’s what I do, man,” Hopkins said. “Make those tough catches.” Murray deserves a lot of the credit, too, he added, for putting it in the perfect spot.

That’s what he did on Hopkins’ second touchdown, too, which gave the Cardinals s 17-0 lead four minutes into the second quarter. But Murray was even more precise following Tannehill’s touchdown pass to A.J. Brown. The Cardinals avoided a false start penalty on third and 6 by getting a timeout called just in the nick of time and Murray, facing a blitz, lofted a pass off his back foot into the end zone that Kirk caught over his shoulder at the last second.

That 26-yard score wasn’t Kirk’s favorite play, however. That one came later in the third quarter when, fending off tight, single coverage by Kevin Byard, he made a two-handed grab in the corner of the end zone for his second touchdown. The 11-yard reception made it 38-13 and it was over.

“It was a tough one, it was a contested one and it was good to kind of put a cap on the win and for us as an offense,” said Kirk said, who finished with five receptions for 70 yards.

Like Hopkins, he saw the offense ready to pounce on Sunday. Kirk said the entire team was playing with a chip on its shoulder. The reason why was because so much of the outside noise, he added, especially the folks who were concerned about the offense and the Cardinals’ overall ability to contend in 2021.

“It’s natural for everybody to do that,” Murray said. “You just see it (on) social media, all that stuff. But when you touch the field, none of that matters. All that goes out the window. It’s on us to practice hard, compete &mldr; and do what we’re supposed to do. Today, we took care of business.”

Have an opinion on the Arizona Cardinals? Reach McManaman at [email protected] and follow him on Twitter @azbobbymac. Listen to him live on Fox Sports 910-AM every Tuesday afternoon at 3:30 on Calling All Sports with Roc and Manuch.

News and information you can trust. Start your online subscription.

Maybe it’s not a total waste of time: 4 ways your kids can learn about finances from videogames

Mon Sep 13 , 2021
Every few days, my 8-year-old son, Neal, asks if he can “earn something” on Roblox RBLX, +1.77%, a popular online videogame platform. That’s his way of suggesting I buy him Robux, the platform’s currency, in exchange for him doing a chore or extra academic assignment. While I usually decline these […] 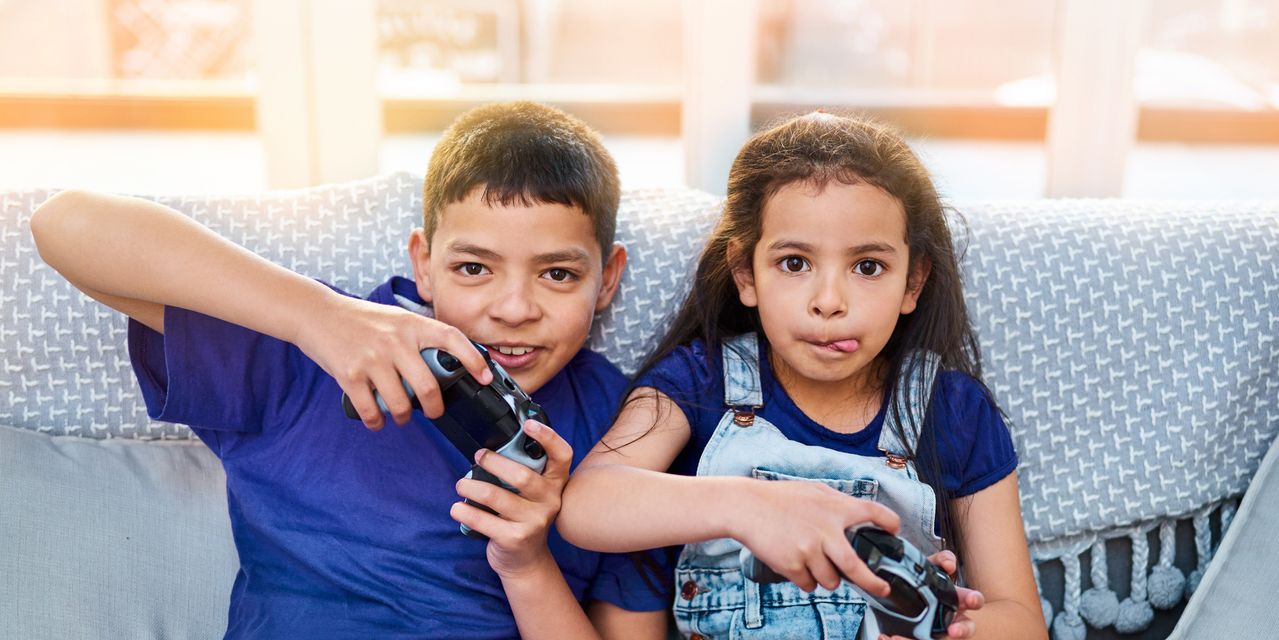