LOS ANGELES (AP) — About a month after California disclosed its COVID-19 tracking system had produced inaccurate case numbers, state officials awarded a $15 million contract Tuesday to a software company to design a successor capable of collecting greater amounts of more detailed data on the spread of the virus. […]

LOS ANGELES (AP) — About a month after California disclosed its COVID-19 tracking system had produced inaccurate case numbers, state officials awarded a $15 million contract Tuesday to a software company to design a successor capable of collecting greater amounts of more detailed data on the spread of the virus.

Health and Human Services Secretary Mark Ghaly said in an online briefing that the current system was not designed to handle the work that came with the outbreak in California, which has more cases than any other state.

The replacement, to be developed by OptumInsight Inc., will be “built to really handle that high volume of test results, both negatives and positives,” he said.

Paired with a recently announced expansion in testing, the state intends to collect more data, packed with greater detail. That should allow officials to gather a greater range of demographic information, that in turn will allow the state to gain more insight into how and where the virus is spreading.

It will enhance “the state’s ability to not just see where transmission is happening, but to understand some of the more detailed, nuanced pieces,” Ghaly added.

California has been looking to overhaul the way it collects and stores virus data since the disclosure last month that the state system had significantly undercounted confirmed cases.

The problem had serious implications, since the state uses those numbers to make decisions about reopening businesses and schools.

State officials later blamed the problem on technical issues that left up to 300,000 records backlogged — though not all of them were coronavirus cases. They said at the time the state was developing a new tracking system to move away from what’s called the California Reportable Disease Information Exchange, or CalREDIE, a computerized warehouse of state testing data.

Sandra Shewry, the agency’s acting director, said the state was “taking meaningful action to update how we collect, analyze and report COVID-19 data, which is central to our ongoing statewide response and the actions local public health directors take every day to protect the health and well-being of Californians.”

The first phase of the new system will be running in October, officials said.

The announcement comes at a time when the state is seeing encouraging signs in its long-running struggle to control the spread of the potentially deadly virus.

California has confirmed more than 708,000 cases, the most of any state, but the day-to-day tally has dropped to levels not seen since the middle of June, after several midsummer spikes.

Another welcome trend: The percentage of positive tests is also retreating.

However, California has also seen more than 13,000 deaths.

The competitively bid contract covers six months and is renewable. The Minnesota-based OptumInsight provides data and software for health care companies and government agencies. The state will use funding from a federal grant to finance the project.

Last month, Gov. Gavin Newsom said the state will more than double its testing — up to 250,000 people a day — while reducing costs and providing faster results under terms of a $1.4 billion contract with a Massachusetts company. The state plans to build its own lab to process tests.

Ghaly said the new tracking system, along with increased testing capacity, would “give us the information that we know we need to manage the pandemic looking forward.”

Last week, Newsom announced a new, color-coded system for reopening California businesses amid the pandemic that is more gradual than the state’s current rules to guard against loosening restrictions too soon.

The Best Couches Under $2,000, From Sleepers to Loveseats to Sectionals

Wed Sep 2 , 2020
It doesn’t matter if you’re on a tight budget or have plenty of room to splurge, if you’re searching for a new couch, you’re going to want the best couch for your buck. After all, of all the furniture in your living areas, it’s the sofa that truly gets the […] 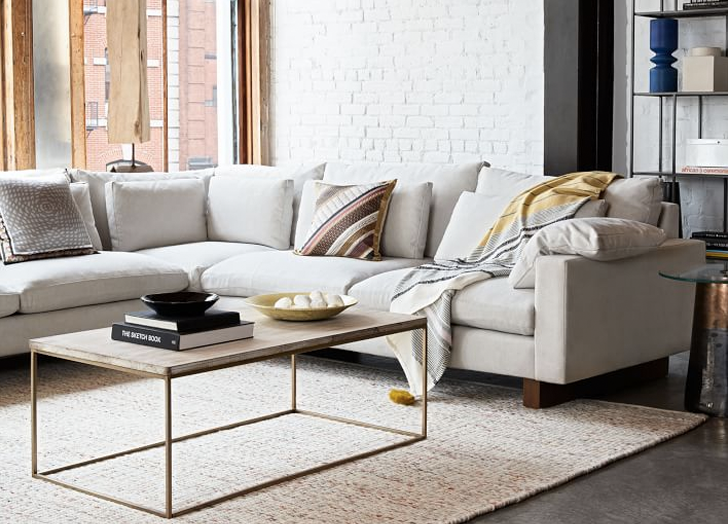