UK business leaders have spoken out over their mental anguish in recent months after new official data suggested depression rates have doubled since the coronavirus crisis began.

New figures from the Office for National Statistics (ONS) on Tuesday suggested almost one in five adults were likely to be experiencing “some form of depression” in June, up from one in 10 last year. It found 12.9% of adults affected had seen symptoms develop since the pandemic began, with stress and anxiety most common.

The figures encouraged several entrepreneurs to highlight their own mental health struggles as they have battled to keep their firms afloat and radically overhaul business models during the pandemic.

Many entrepreneurs’ deteriorating mental health has been almost inextricably linked with the turmoil facing the companies they have made their life’s work.

Unprecedented income shocks, cashflow emergencies and a rush to radically overhaul firms have been common, as businesses adapt as the wider economy has not only shrunk but rapidly and radically changed.

Robert Walton, who runs Suffolk-based The Lindhurst Group, a family firm providing furniture and fittings for businesses and the public sector, was forced to sell his house to put more cash into his company.

READ MORE: Cases of depression ‘have doubled’ during pandemic

He said the crisis had put him under “incredible” stress and strain, with demand from office-based clients drying up and yet to return despite the lockdown easing. “In the darkest moments we’ve had to contemplate closing down the business, but with job prospects for mature applicants being so poor we have no option but to fight on and hope.”

‘I’ve considered shutting down many times’

Millions of businesses and workers have received government loans and grants to help tide them through. But large numbers have also missed out as they are ineligible, compounding the financial strain.

The latest ONS figures suggest people struggling financially — assessed by whether they could manage an unexpected £850 ($1,124) bill — are three times more likely to have suffered depressive symptoms.

MPs estimate 710,000 business owners have seen little or none of the 80% income support available to furloughed workers, while hundreds of thousands of the newly self-employed are also disqualified from income grants.

Gillian Ferguson started her company Twisted Empire Bakes only last year, supplying biscuits to cafes in Glasgow and Ayrshire. It was too late for her to qualify for a self-employed grant when they shut their doors in lockdown, though the Scottish government provided a one-off £2,000 grant.

“This has been the hardest six months of my life,” she said. “I have considered shutting my business down many times during lockdown because the sheer weight of responsibility was getting too much.”

“I wonder how many small businesses will close not necessarily for financial reasons but because the owners no longer have the mental strength to carry on.”

Like many small entrepreneurs, she has far fewer people and resources to fall back on than leaders in bigger organisations, using up her savings. Like many parents, she has been struggling to balance business and childcare.

“I was having to pivot my business with no support while also homeschooling and looking after my child,” she said. But she said has already revamped her firm to sell make-your-own biscuit kits for families, and hopes the worst is now over.

The latest data suggests women have been harder-hit mentally than men by the pandemic, with one in six developing depressive symptoms compared to around one in ten men.

More than half of adults struggling with their mental health report high anxiety, according to the ONS.

Sarah Palmer-Granville, who runs SPG Interior Design in Leicestershire, is one of them. She said it was intimately bound up with her fears over the future of the company, which has now swapped revamping bars, hotels and restaurants for designing home offices.

“Staying informed of the latest developments, whether it’s lockdown being eased or news on a vaccine, gives me a sense of comfort,” she said.

“But I still have waves of anxiety about the future and whether my business will survive, particularly when trade drops off and business is quiet. That uncertainty and doubt can be overwhelming at times.”

Some of the business leaders, who form part of the Great British Bounce Back PR campaign, hope more people will be open about their mental struggles than in the past.

“It’s essential that mental health services are available to everyone who has been affected and that we are able to talk openly about mental health issues in society,” said Vicky Yorke, who creates designs for homeware, greeting cards and gifts.

Gunning also noted male suicides increased after the last global financial crisis, though stressed suicide was never inevitable and always reflected multiple issues. He highlighted CALM advice to stay connected to friends, keep routines, and above all “talk about what’s happening between the ears.”

Yorke, from Kidderminster, said she remained positive about the future, but felt “all the fears and anxieties flooding back” from when she was first diagnosed with chronic myeloid leukaemia a decade ago. Shielding has made networking and business meetings harder, while freelance work has dried up and product launches were scrapped as Chinese factories shut.

But she was eligible for a self-employed grant, and during lockdown she has developed new designs, worked with a mask manufacturer, expanded her online shop and sought mental health support. “I am not prepared to let COVID-19 destroy my mental health, so I’ve arranged for counselling to help me.”

Listen to the latest podcast from Yahoo Finance UK 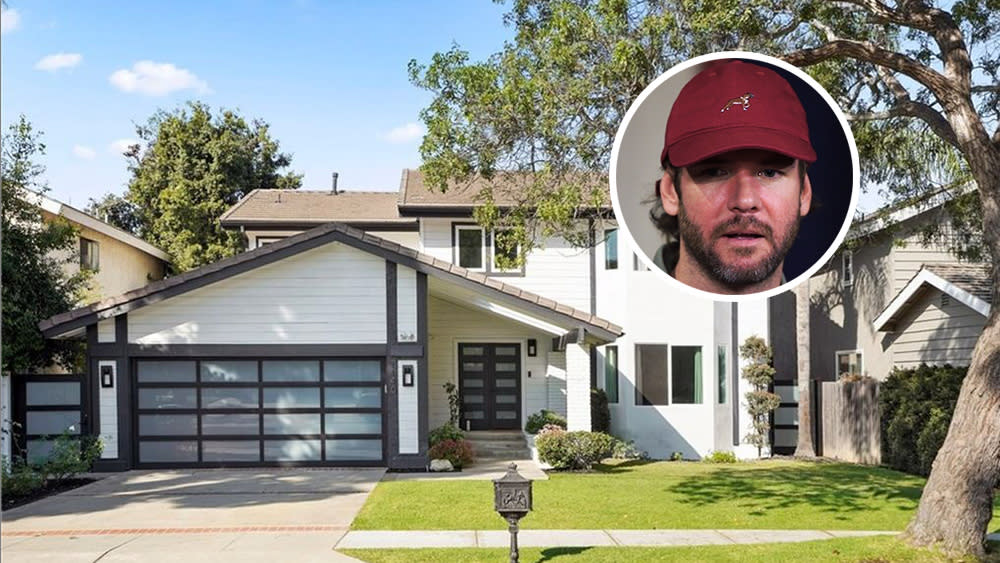