With the mix of grey skies then intermittent sunlight and cool temps autumn was in the air on Sept. 25. But inside the walls of the old Brownhelm  School, it was beginning to look like Christmas. Ornaments and decorations filled tables in the claustrophobic gym where the Brownhelm High School […]

With the mix of grey skies then intermittent sunlight and cool temps autumn was in the air on Sept. 25.

But inside the walls of the old Brownhelm  School, it was beginning to look like Christmas.

Ornaments and decorations filled tables in the claustrophobic gym where the Brownhelm High School boys basketball team once performed.

There was also an assortment of plants for sale. A woman was seen taking out four hanging plants from the sale, late Saturday afternoon. Another woman bought purchased a 1980’s era board game for a family member who collects games.

“The sales have been pretty good,” said Nancy Denslow, a member of the  Brownhelm Historical Society, who worked at the sale, officially known as Grandma’s Attic Mini-Sale.  “But we’re selling ornaments for fifty cents. You’ve got to sell a lot of ornaments to make money.”

Organized by the Brownhelm Historical Association, the event started on Sept. 24 and concludes bright and early the morning of Sept. 27 with a bag sale, which features any bag for $2 and any box for $5. That sale starts at 9 a.m. and the doors close one hour later at the school, located at 1950 North Ridge Road.

Making the trip to the historic structure just to take in the work to improve the building is worth the trip.

Due to the unusual layout of the building, the principal’s office and the kitchen were on the second floor of the two-story building.

You feel like you are in the movie Hoosiers when walking through the tiny gym, which measures just 74 feet from baseline to baseline. The school’s stage also lined one sideline of the gym.

The building was last used for students in 1988 and sat unused and decaying until residents took up a cause to restore it and other historic buildings and locations in Brownhelm.

“We’ve basically refurbished everything on the first floor and now we are working on the second floor,” Denslow said of the group’s work in the school.

One unique feature of the building is the heavy metal doors. The doors to each classroom were installed as a safety measure in schools after a fire at Lakeview Elementary School in 1908 in Collinwood, a village in Cleveland, took the lives of 172 students, two teachers, and a rescuer, according to online sources.

The last graduating high school class from Brownhelm was in 1954.

“Then they went to Firelands for high school after that,” Denslow said.

All the money raised from the Attic Mini-Sale goes to the historical association.

Sun Sep 26 , 2021
Klaus Müller-Blech is sending Christmas to Gettysburg, Pa., in a 1,000-foot long container ship. So far it’s running three months late thanks to global transportation congestion. Mr. Müller-Blech, 62 years old, is the Christmas King of Germany, importing mass-produced decorations from Asia that he resells across the West alongside the […] 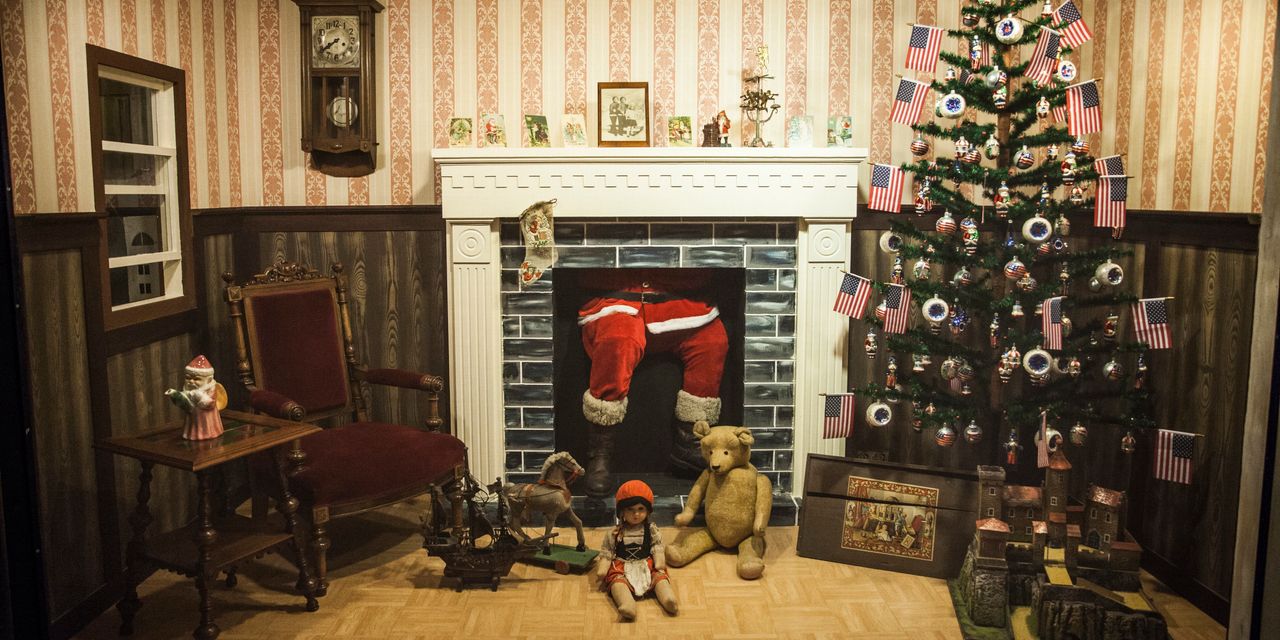