I am nursing a sore arm and I’m delighted. It is the consequence of just having received my second dose of the Pfizer vaccine against the coronavirus. It took only half an hour from arriving at the vaccine centre to walking out the door to gain this protection, and that included 15 minutes sitting around to make sure I did not keel over.

With luck I am swimming with antibodies so who should I thank for this? Obviously the scientists who developed it and the pharma companies that produced it. But talking around, most of my friends also give great credit to Boris Johnson and his government for creating the conditions in which this became possible. While the gloop of sleaze can be heard oozing its way up Downing Street once again, the Prime Minister is being given the benefit of the doubt by voters, especially those who have had the vaccine. Unsurprisingly they regard the success of this programme and the prospect it offers of returning to a normal life as more important than who financed the revamped decor of the Prime Minister’s flat.

If you watch A Beacon of Hope: the UK Vaccine Story on YouTube, you will see the heroes of this extraordinary story give their account of what happened. Labour has objected to the timing of this 30-minute documentary just ahead of next week’s local elections. They have condemned the use of taxpayers’ money to fund what looks suspiciously like a party political broadcast by the Conservative Party.

They are right to be worried, though I doubt this film has made any difference. It is the fact that more than 30 million people have already been vaccinated that will boost Tory chances next week in what is the biggest test of voter opinion outside of a general election.

Last December, the Conservatives and Labour were neck and neck in the polls. Most recent surveys have shown the Tories between three and 10 per cent ahead, which is remarkable for a party that has been in government in one guise or another for 11 years.

The allegations of sleaze appear to have reduced that lead in recent days but turnout at these elections is notoriously low. Those most likely to vote are older people, all of whom will have been offered the Covid jab. Labour may gnash their teeth in frustrated anger but a vaccine bounce for Boris looks likely.

How does Sir Keir Starmer counter it? He can hardly denounce the vaccine programme as a fraud unless he wants to commit electoral suicide. The best his team has managed so far is to condemn the Government for not giving the nurses a bigger pay rise while extolling the role of the NHS in the vaccine programme. They are playing up the conveniently catch-all word “sleaze” because they have nowhere else to go.

Labour could criticise the Government over the handling of the pandemic but since they were even more gung-ho for locking down they are constrained in their attack.

The track-and-trace app and the so-called “moonshot” testing project have been colossally expensive and almost certainly useless. Yet because Labour called for such programmes with knobs on they are reduced to complaining about how the contracts were awarded rather than whether they were actually needed or not.

The mass testing programme was intended to be the way out of lockdowns if a vaccine had not come along. Now that we have one, there seems little point in continuing with them given the disruption they cause to normal life, not least by forcing people to isolate even when they have been jabbed.

The vaccine offers the chance to live with Covid just as we do every year with flu which kills thousands. Variants are tackled annually with a new vaccine administered free to the most vulnerable people. The same needs to happen from this autumn when the respiratory illness season begins again: no more lockdowns.

The great danger is that an excess of caution will itself become endemic. If people choose to continue to wear masks and avoid large gatherings that will be up to them. But for the rest of us there should be no further constraints on our lives from this summer.

Otherwise what would be the point of the vaccine? As the Whitehall documentary makes clear, this is a signal achievement which until last autumn no-one had really thought possible. Even if the Government has made many mistakes, which is hardly surprising given the scale of the crisis, the vaccine roll-out has been a triumph.

One of the key players has been Kate Bingham, the venture capitalist brought into head the programme and described by one participant in the documentary as “a force of nature”. She was contacted by Mr Johnson personally and asked to take on the role. It may be remembered that this was denounced as “cronyism” by Labour because she is married to a Tory MP as though this should be a disqualification. There had not been a “proper” – i.e. lengthy and bureaucratic – recruitment procedure before the appointment was made. Similar accusations are being made now about how PPE contracts were awarded and the special tax treatment afforded to James Dyson, the entrepreneur inventor. This obsession with process is inimical to good outcomes.

What mattered was that the protective equipment was produced at scale and the vaccine materialised, the latter an extraordinary scientific achievement.

It has also been a remarkable logistical exercise. As Jonathan Van Tam says somewhat tongue-in-cheek on the documentary, making a vaccine requires just a “very large stainless steel bucket”. The real challenge was what is called “fill and finish” – getting the vaccine into millions of phials and distributing them around the country. It meant setting up supply chains that did not previously exist because we did not have sufficient domestic capacity, something that needs to be addressed for the future.

The fact of the matter is that we succeeded in this endeavour better than almost any other country in the world. Whatever you think of the propriety of Mr Johnson’s activities in Downing Street, or his rage of frustration at being forced to agree to another lockdown last autumn, he will be judged by voters on how quickly he can return the country to normal, not by the colour of the walls in his flat.

Here's How Marketers Can Respond

Tue Apr 27 , 2021
PHOTO: yeshaya | adobe “Digital freedom stops where that of users begins. Nowadays, digital evolution must no longer be offered to a customer in trade-off with privacy …. Privacy is not for sale, it’s a valuable asset to protect.” ― Stephane Nappo Google’s recent announcement that it will no longer […] 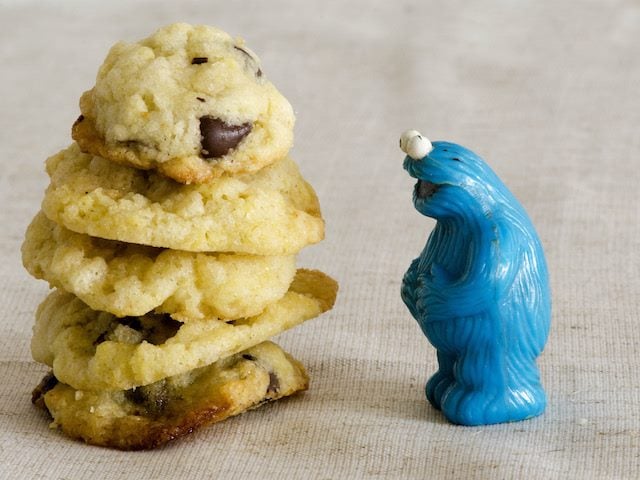