Are you up to playing Limbo with the lights off? Playdead Halloween is almost here, although it’s safe to say it’ll be unlike any spooky season we’ve seen before, with people taking precautions amid the coronavirus pandemic. The horror genre is a staple in the month of October, but a […]

Halloween is almost here, although it’s safe to say it’ll be unlike any spooky season we’ve seen before, with people taking precautions amid the coronavirus pandemic. The horror genre is a staple in the month of October, but a good mystery (with a dash of suspense) can be equally satisfying.

If you’re staying in this Halloween (and you’ve exhausted your horror movie queue) we’ve pulled together a list of games for you that you can play on your phone or tablet — no console needed. You can also check out our list of the best games you can play online with friends, and everything you need to know about the latest viral game, Among Us.

Entertain your brain with the coolest news from streaming to superheroes, memes to video games.

Oxenfree stayed with me long after the credits rolled. A group of friends hanging out on a beach take a turn for the worse when the teens accidentally open a ghostly rift. Soon the group is fighting for survival, struggling through time loops, and doubting if everyone is truly who they say they are.

I can’t speak highly enough of this choice-based game. The characters had depth and the plot was fascinating. It’s a quick game you could play in one sitting, but there’s multiple endings so you can always go back.

Price: $5 on Android. At the time of publication, the game was free on iOS.

Life is Strange isn’t necessarily a scary game, but it’s worth including for its mystery and suspense. The choice-based game tells the story of Max, a girl who starts having visions and soon learns she can bend time. With her newfound powers, she might be able to save the town from impending disaster.

When a student goes missing, Max and her friend Chloe start investigating and discover the dark side of their hometown. As Max changes the past, it impacts the future.

The graphics in Life is Strange are beautiful, even on a smartphone screen. The plot is intricate and accompanied by a great soundtrack. There’s also a second installment to check out, called Life is Strange: Before the Storm.

Price: Free to download, but each episode costs between $1-$5 to download. There’s also an option to purchase for a season pass that gets you all the episodes for $7.

In Sara is Missing, you find a missing girl’s phone. The whole app displays as if your smartphone is Sara’s, complete with alerts, texts and error messages.

Unlocking Sara’s phone plunges you into a world of lies, mystery and secrets. Look through text messages and emails, retrieve lost files and data, watch suspicious videos and search through pictures to piece together Sara’s last moments. Your search is guided by the mobile assistant IRIS, which might be hiding a few secrets of its own.

The game has multiple choice-based endings for future replays, hidden subplots and quite a few jump scares.

Gone Home will suck you in from the very start. You play as Katie Greenbriar, freshly home from a year in Europe. Except when you make it back to your house (in the middle of a thunderstorm no less), your family has seemingly vanished.

Explore all the nooks and crannies of the sprawling house. Collect clues, and unravel what happened to your family while you were gone. This game is quite immersive. When I started playing, I found myself turning on all the lights to stave off the unnerving feeling of being in this deserted house. I felt sadness and frustration as I opened doors and found no one behind them.

This game is perfect to play on a dark Halloween night, but definitely goes beyond spooky season.

Jenny LeClue is a mystery game you can get with a subscription to Apple’s gaming service, Apple Arcade. The narrative-choice game is set in the seemingly idyllic town of Arthurton, where you play as Jenny, a kid sleuth who is eager to prove her worth as a detective. When your mother is accused of murder, you set out to prove the truth. You quickly realize that nothing, and no one, in Arthurton are what they seem as you seek out answers.

Neo Cab is a survival game for the digital age embroiled in a mystery. You play as Lina, the last human taxi driver in a world overcome by automation. When you move to Los Ojos to reconnect with your best friend, Savy, things don’t go as planned when she vanishes. With no other options, you must keep taking passengers to earn money and get information about Savy’s disappearance. Just keep an eye on your Feelgrid bracelet to stay in tune with your emotions and ultimately remain human in this tech-noir game.

Year Walk is an amazing game to play on mobile. It’s based on the Swedish tradition of Arsgang, Year Walking, in which a person may go on a vision quest of sorts, in the dark of the night to see what the year ahead will bring. Thrown into a forest without a tutorial, you have to collect clues and solve puzzles in what is some seriously clever and creative gameplay for an incredible twist ending. Don’t forget to pick up the free companion app.

I Am Innocent is a mystery-suspense game, similar to Sara Is Missing. The gameplay is longer and more intricate, though. You’ll investigate a series of murders that somehow link to the disappearance of your sister. No one is who they seem as you dig deeper and unearth secrets.

As in real life, how you interact with the characters can improve or hurt your relationships. You start getting messages from a mysterious person named Ghost, who connects you to a kidnapped person named Finch who needs your help.

Use your resources to enhance photos, collect information, search archives, figure out what happened to your sister and help Finch. There are built-in Tetris-style games that, once you beat them, unlock more information.

This is one of the most gorgeous games I’ve ever played. Dear Esther has similar underpinnings to Gone Home, but it’s more of an interactive narrative. At its very basest description, the game is a walking simulator, but it’s so much more than that. As you explore an island, the narrator will “read” you fragments of letters written to Esther. Where you venture triggers different parts of the narrative, so the more times you play, the more you’ll understand the whole story.

If you play, go into it with an open mind and just let yourself be immersed in the environment.

Explore a haunted hotel, a destroyed pillow factory and an abandoned circus to figure out the surreal town of Thimbleweed Park’s secrets.

Thimbleweed Park is a humorous noir parody set in 1987, nostalgic in its pixelated style. If you’re looking for a more lighthearted but nonetheless fun game to play, this is it. Play as Agent Ray and Junior Agent Reyes, a Mulder-and-Scully-esque duo, or Frank the ghost, a cranky clown named Ransome, or game developer Delores. Characters can work together, or make solving the murder more difficult for others.

Since its release, the game has become available on Xbox, too.

Limbo is a side-scrolling puzzle platformer that is every bit as creepy as it looks. Waking up on the edge of hell, you have to navigate a small boy through nightmarish chiaroscuro landscapes filled with horrific monsters and traps in this dark game of grief, violence and guilt.

In Horror Hospital, you’ve got to save your friends from ghosts while navigating your surroundings with just your phone’s flashlight. As you make your way, your friends will send messages to direct you.

Creep down dirty hallways smeared with bloody handprints, dismembered corpses and overturned beds. Just be careful where you shine your light; you never know what’s lurking in the shadows.

The game’s graphics aren’t top-notch, but it’s good for suspense and gentle jump scares. It’s like a watered-down version of 2013’s Outlast. If you like it, there’s a sequel, Horror Hospital 2 on Android and iOS. The developers even made a Horror Forest.

Inmost immediately drops players into a creepy world inside a mysterious house. Despite the pixel art design and tiny characters, the game is gorgeous and immersive from the start. As you progress and explore in this hidden-object platformer, you’ll find that the characters’ stories are connected as they fight the forces of evil.

In The Fear you have to find your family in a creepy house after a car accident.

You swerve in the night to avoid a strange figure in the road. When you come to, your wife and child have vanished. Of course, when you make it to the nearest house, the electricity is out. Someone, or something, is following you, spirits lurk, children laugh and there are weird, threatening notes everywhere.

The Fear actually has a solid plot and a good ending. The graphics are better than Horror Hospital and there are effective jump-scares. If you’re a fan of this game, Boomerang Games also made The Fear 2 and The Fear 3.

From the creators of Limbo, Inside creates an absolutely chilling world without a word of dialogue. The thought-provoking puzzle game is dark and mysterious with an ending that you’ll be talking about long after it’s over.

Detective Grimoire and his sardonic partner Sally are on the hunt for the murderer of Freya Fellow in the mysterious Tangle Tower. The clues come pouring in long before you cross the first threshold to find out that the prime suspect is a painting. Investigate, explore, gather evidence, question suspects and solve puzzles to discover the truth.

The Bradwell Conspiracy is a narrative-driven first-person game where you have to uncover the truth behind the explosion that destroyed the Bradwell Electronics facility. At the start of the game, you wake up in the rubble with only a computerized voice in your “smart glasses” to guide you. The glasses guide eventually connects you to another person trapped inside the facility, and you must try to escape together.

If you liked Sara Is Missing and I Am Innocent, Her Story will also be up your alley. It’s more in the detective genre than the other two, however. The game’s interface is an old computer that’s logged into a police database. You’ll watch seven interviews from 1994 of a woman being interviewed about her missing husband. As you watch, you can dig deeper in your investigation by searching the database.

Michelle Starr contributed to this story. 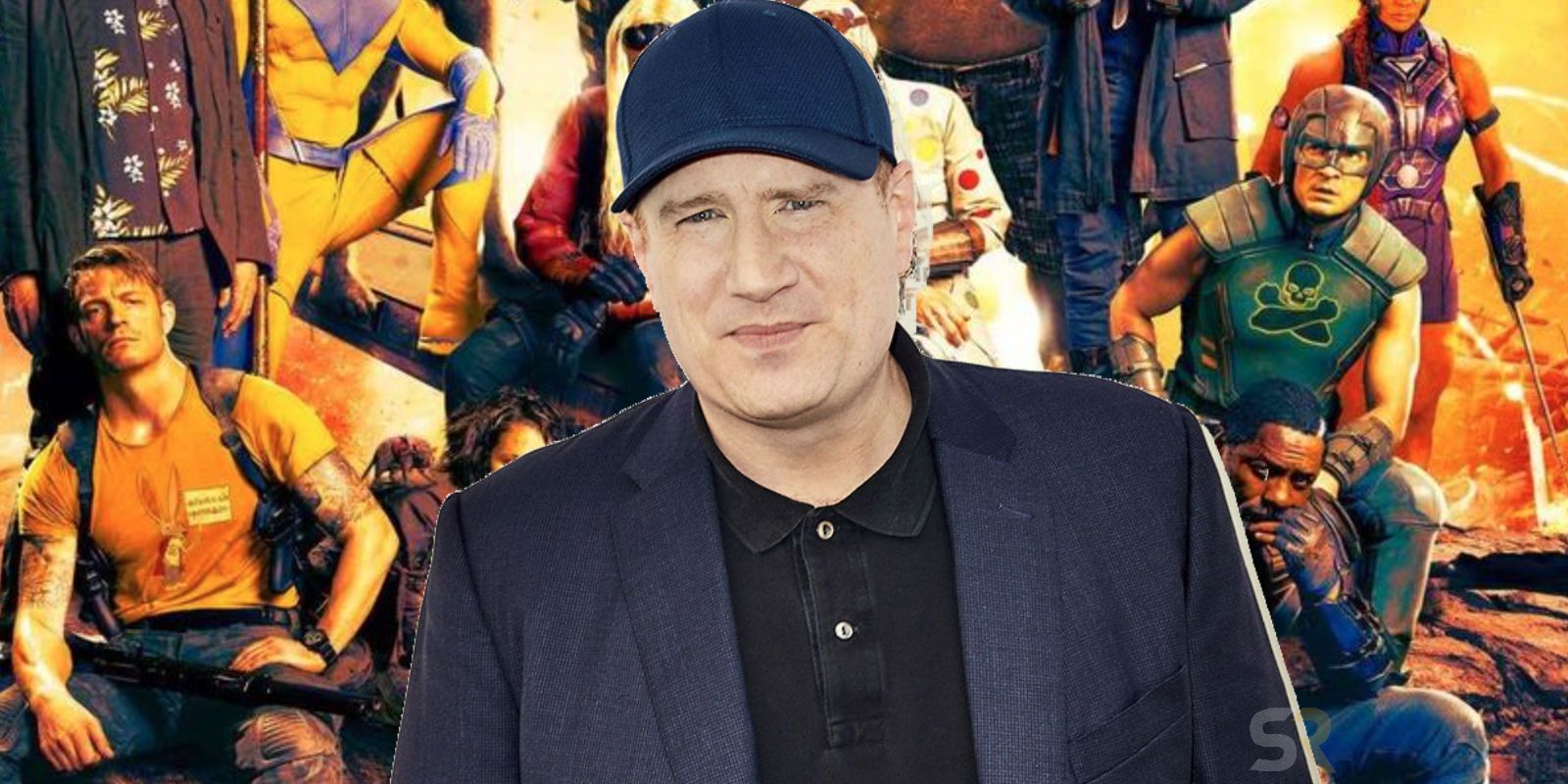