CINCINNATI — While plans and construction are moving forward in the research and tech-focused Uptown Innovation Corridor in Avondale, there are also plans to make sure there is space for gatherings, walks and biking. “We knew that to truly distinguish this Innovation Corridor from those across the country, we really […]

CINCINNATI — While plans and construction are moving forward in the research and tech-focused Uptown Innovation Corridor in Avondale, there are also plans to make sure there is space for gatherings, walks and biking.

“We knew that to truly distinguish this Innovation Corridor from those across the country, we really needed a unique place making feature and a place to gather,” said Beth Robinson, president and CEO of the Uptown Consortium.

Robinson said within the innovation corridor, there will be one large dedicated green space located in the northeast quadrant of planned Cincinnati research hub at Reading Road and Martin Luther King Drive. It’s called the Innovation Greenway and it would open up areas of the development for recreation. Robinson said they want the planning of the green space to be a collaborative effort, especially for Avondale residents.

On Wednesday, Oct. 7 at 2:00 p.m., a virtual open house will be held to show neighborhood residents the planned concepts so far, and to hear what they would like to see included in the space. Residents can register to attend the online meeting and presentation through the Avondale Development Corporation’s website.

“We wanted to make sure that we had a feature that would give our neighborhood residents that are nearby, access into the developments, because the last thing we wanted to do is make this separate from the neighborhood,” said Robinson.

“I love the idea of the newness,” said Sandra Jones Mitchell, president of the Avondale Community Council. She said she has seen the presentation and renderings for the Innovation Greenway several times.

“The inclusion for the community for me is probably my takeaway,” said Jones Mitchell. “And, making sure that the residents of Avondale and surrounding community buy into this project.”

All four quadrants of the research corridor will include green space, according to Robinson. However, the northeast quadrant, being developed by MLK Investors, will have the large dedicated park-like space. MLK Investors is made up of Neyer Properties and Kulkarni Properties. The planned mixed use development is called “the node.”

“We also want to do benches and lighting to make it a place where one wants to spend some time and stop,” said Robinson who added it will also include a connection to the Wasson Way Bike Trail and a special water feature.

“The site itself has many topographical challenges and there’s a natural swale and so forth. So rather than work against that, the site conditions, we wanted to do something where we could work with it,” said Robinson.

The greenspace project is being designed by Boston-based Sasaki, which also designed the Smale Park on Cincinnati’s riverfront. The design stage of the project is estimated to cost $1 million, with an additional $12 million expected for the cost of construction.

Robinson said fundraising is underway for the project, which recently received $25,000 from the Greater Cincinnati Foundation.

Meanwhile, listening to the voices of Avondale residents will be a crucial part of the process.

“The relationship building that is taking place with the community partners in Avondale, if you had said that to me ten years ago, I would have said no way,” said Jones Mitchell. “But, it has changed. It has changed a lot.”

Tue Oct 6 , 2020
(Newser) – The White House Gift Shop—which no longer has any official ties to the White House—isn’t waiting for President Trump to make a full recovery before it commemorates his recovery from COVID-19. The online store is now taking orders for a $100 “Trump defeats COVID” coin, to […] 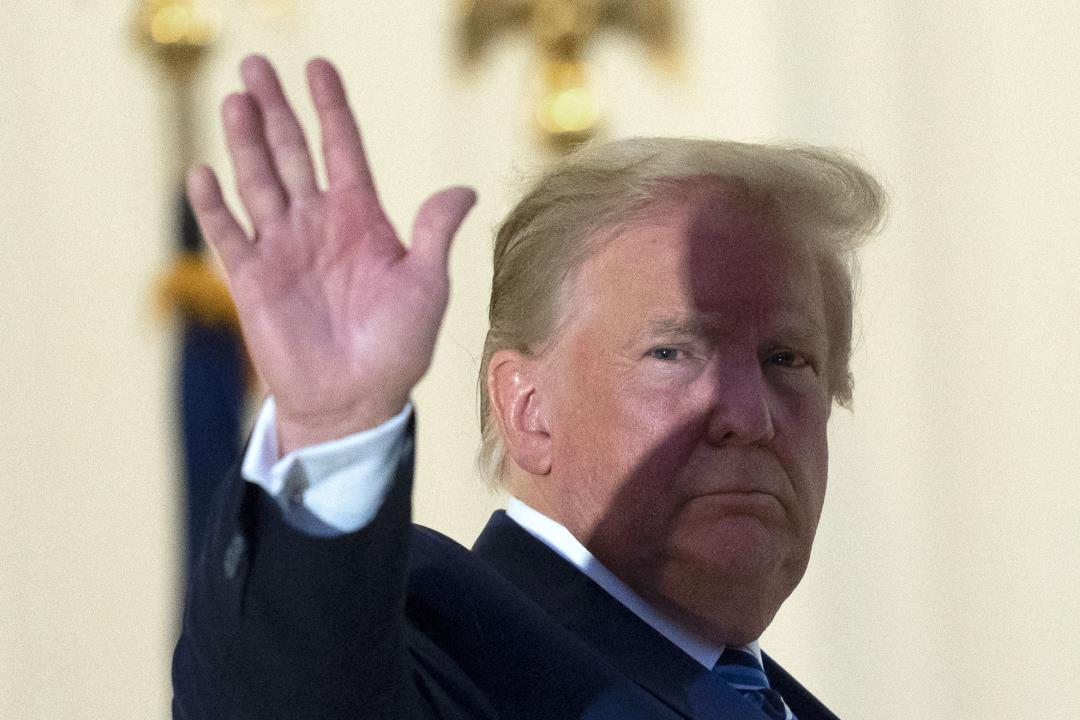