Over decades working on low-budget movies, I’ve seen my fair share of producers who skimped on the post-production process. Novice filmmakers devote attention to what happens on set between “action” and “cut,” but race through editing and sound design, crucial steps that can make or break even the most visually […]

Over decades working on low-budget movies, I’ve seen my fair share of producers who skimped on the post-production process. Novice filmmakers devote attention to what happens on set between “action” and “cut,” but race through editing and sound design, crucial steps that can make or break even the most visually spectacular production.

There are often good reasons for this, usually budgetary limitations or lack of technical know-how. Although movie fans have probably heard terms like “Foley” before, it’s surprising how few filmmakers even know what it means, let alone how to incorporate those sounds into their work.

With Audio Design Desk, there are no more excuses for cash-strapped visual artists and independent filmmakers to produce mediocre sound. At first glance, Audio Design Desk looks like little more than another DAW (digital audio workstation) competitor gunning for industry leader Pro Tools. But Audio Design Desk is in a class by itself. Support for third-party plug-ins, inserts, timecode, and new integration with leading video collaboration platform Frame.io are only the beginning.

Before Audio Design Desk, building the sound of an actor’s footsteps walking across the floor, a car chase, or entire fight scene complete with punches, kicks, and body hits required hours (sometimes days!) of tedious work, even with traditional software tools. Engineered to produce sonically-pleasing soundtracks for movies, games, social media, and other visual mediums, Audio Design Desk requires little more than pressing keys on the keyboard already connected to your Mac to trigger and synchronize sound effects against what’s happening in your imported video.

Old-school DAWs force users to painstakingly audition sounds before importing, placing, or editing, making them difficult to replace later on. By comparison, Audio Design Desk works the same way a MIDI sequencer does for music, where you can assign any type of instrument to recorded notes, with the option to change sounds at any time. Even more magical, the included library of sounds have sync points built-in, so even when swapping for something shorter or longer, the selected clip remains in lock step.

For example, Audio Design Desk can be used to trigger effects for a sword battle sequence with metallic shafts dramatically clanging together, then completely alter the sound of those hits—not to mention the overall mood and intensity of the scene—in a couple mouse clicks. This approach works really well for the monotony of placing footsteps, removing a lot of the guesswork since you can hear how triggered effects will sound on different surfaces to better match the on-screen visuals.

For many impoverished producers, the biggest challenge is coming up with quality sound effects in the first place. While there are many good online libraries available on a per-effect basis (or reasonable monthly/annual fee), most are stocked with fairly common sounds—babies crying, cars honking, doors opening or closing—rather than the subtle, hard to find effects which add realism to a soundtrack.

In the old days, body movements, clothes rustling, removing jewelry, and the like—better known as “Foley” after the man who first pioneered this work, Jack Foley—were recorded live on a soundstage by dedicated artists mimicking what actors did on-screen. Modern digital sound designers instead use existing sound libraries to accomplish the same task, a time-consuming process when recreating every single footstep or movement.

Audio Design Desk rises to the challenge by including 20,000 high-quality effects, background ambiences, music, and other audio available as downloadable Sound Packs. Neatly organized by category (Ambience, Foley, Footsteps, Movement, Music, Sound Design Elements, Sound Effects, Spaces, Working From Home), users can download only the ones they want, using search and comprehensive built-in keywords to narrow the selection to relevant sounds. Installing everything  in highest-quality WAV format requires around 73GB of space, but files can be downloaded to external storage; new sound packs are added on a frequent basis.

Rather than license the same aging sound libraries in use by others, Audio Design Desk was built from the ground up with custom, in-house audio catering specifically to sound for video. It’s an impressive lineup to be sure, although while building the soundtrack for a horror movie trailer, I found many of the included body hits and punches less impactful than I’m accustomed to. Thankfully, it’s easy to import and tag audio files you already own—as long as they’re in WAV, MP3, AAC, or AIFF format—for rare cases where the built-in library might fall short.

Audio Design Desk doesn’t just tear down barriers by allowing anyone to create awesome soundtracks for video productions — the software is also pretty revolutionary when it comes to pricing, too. Geared toward social media creators, the basic Create plan is absolutely free, but limited to 2500 AAC sounds and 16 audio tracks; there’s also a 30-day trial available for those who want to test drive everything ADD has to offer.

For more ambitious needs, the Produce plan ($15 monthly) unlocks all 20,000 sounds in AAC format with stereo WAV export and up to 100 tracks; the Professional plan ($30 monthly or $399 for a perpetual license) upgrades audio files to higher-quality WAV and multichannel export, with the added ability to save projects as AAF or XML for use in Final Cut Pro X, Pro Tools, and other software.

Whether for social media videos, independent feature films, or anything in-between, Audio Design Desk makes it fast, easy, and fun to build an impressive soundtrack even the most discerning viewer would love hearing.

Note: When you purchase something after clicking links in our articles, we may earn a small commission. Read our affiliate link policy for more details.

Where 5 Interior Designers Shop When Outfitting Their Own Homes

Tue Oct 27 , 2020
Home decoration is at once an exciting and daunting task. You get to completely revamp your living space, but it’s also time-consuming and pricey if you want to do it right. And you definitely want to do it right: Americans are spending more time than ever in their homes, and […] 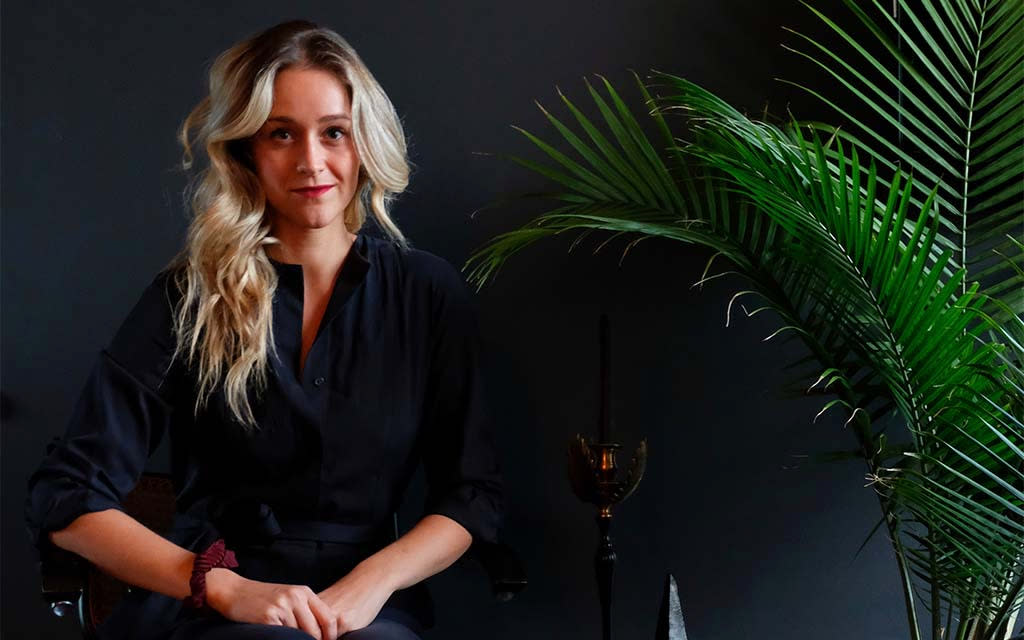