With schools closed since mid-March, some parents working from home and others busier than ever as essential workers, the pandemic has been a complicated time for childcare. While family situations vary immensely, here are a few pieces of wisdom from Sacramento parents that might help others in pursuit of some […]

With schools closed since mid-March, some parents working from home and others busier than ever as essential workers, the pandemic has been a complicated time for childcare. While family situations vary immensely, here are a few pieces of wisdom from Sacramento parents that might help others in pursuit of some semblance of childcare-work-life balance.

Trade off with the other parent

Sarah Farnsworth Torres, an immigration lawyer, and her husband, a tax preparer, devised a schedule aimed at maximizing their work productivity while balancing time with their kids. They each work six days a week, with days divided into two shifts — 8 a.m. to 2:30 p.m. and 2:30 to 5:30 p.m. They alternate who works and who watches their 1½- and 3-year-old children during each period.

“I sat down and did the math,” Torres said. “I wanted to get as close to a 40-hour work week as possible. But I didn’t want to design a schedule where my husband and I were forced to work at night.”

Jessica Baca shares custody of her 13-year-old with her son’s father, and the parents have been alternating time with their son every four days during the pandemic. They used to alternate every day, Baca said, but changed their schedule because fewer moves seemed better, given the virus.

“His grandma used to watch him until I got out of work,” Baca said, “But she’s elderly and at risk (for the coronavirus), so I made some changes to my work schedule so I can come home earlier.” Baca and her son now video call his grandmother to maintain the connection they’re used to having, while still social distancing.

Monica Bellamine, a legal assistant with three children ages 1 to 10, started rising at 4:30 a.m. to work until her kids wake up at 7:30 or 8. Before summer break, she helped her two school-age children with their classwork from 9 to 11 a.m., then her mom took them midday while Bellamine put her 1-year-old down for a nap. Bellamine worked while the baby slept, then later fit in additional pockets of work time while her husband watched the kids in the afternoon and after dinner.

“Keep a calendar with all the Zoom calls,” she advised, noting that she had to set up her preschooler’s Zoom sessions.

Bellamine said it’s been challenging to fit everything in, but she planned ahead for as many tasks as possible. “I’ve had to schedule me-time,” she said. “Even: When do I shower in that schedule?”

Bring in extended family or friends

Bellamine added that having her mother in the area and her mother-in-law next door proved a huge help. Many parents whose friends and family are able to share child-care responsibilities echoed that sentiment.

Kaitlin Rathe had a son right as the pandemic gathered steam (“I think the headline in the newspaper the day he was born was something like, ‘Coronavirus comes to the U.S.,’” she said). Rathe’s mother lives in Placerville and “she’ll probably be his primary daycare for the next year,” she said.

Rathe works as a construction project manager and took a maternity leave this spring. She recently returned to remote work, but said she anticipates leaning on family assistance with the baby when she goes back to onsite work.

“It really takes a community to raise a child,” said Karina Morales, who helped raise her boyfriend’s daughter at the start of the pandemic. Morales said the family recently decided their child would be best off with her biological mother, and said she also knows two neighboring families who sent children to live with different family members because of the stresses of the pandemic.

Give yourself some grace

“One of the biggest things I’ve had to tell myself is don’t beat up on yourself, you’re doing the best you can,” said Ericka Rocha, who said her 6-year-old, who has autism spectrum disorder and ADHD, has struggled with online learning.

“I created a little classroom area in my house,” Rocha said. “I try to do at least an hour of reading time. But it’s a big struggle to get him to do distance learning on the laptop. For him, even 20 minutes is a huge struggle.”

She added that she had already been homeschooling her older child, who is entering her freshman year of high school. Rocha’s daughter thrived with homeschooling, but her son did better at school, where he worked one-on-one with an aid.

“I think I took for granted and didn’t quite appreciate the education system and the impact that these teachers have on my son,” Rocha said. But she said that although the past months have been difficult, she would tell parents, “As hard as it is, try to find 10 minutes just to do something for yourself.”

Tue Jul 28 , 2020
The National Trust is a charity that looks after places of historic interest and natural beauty The UK’s National Trust is among a growing list of organisations to issue data breach alerts after an attack on cloud computing provider Blackbaud. Others include homeless charities The Wallich and Crisis, the terminal […] 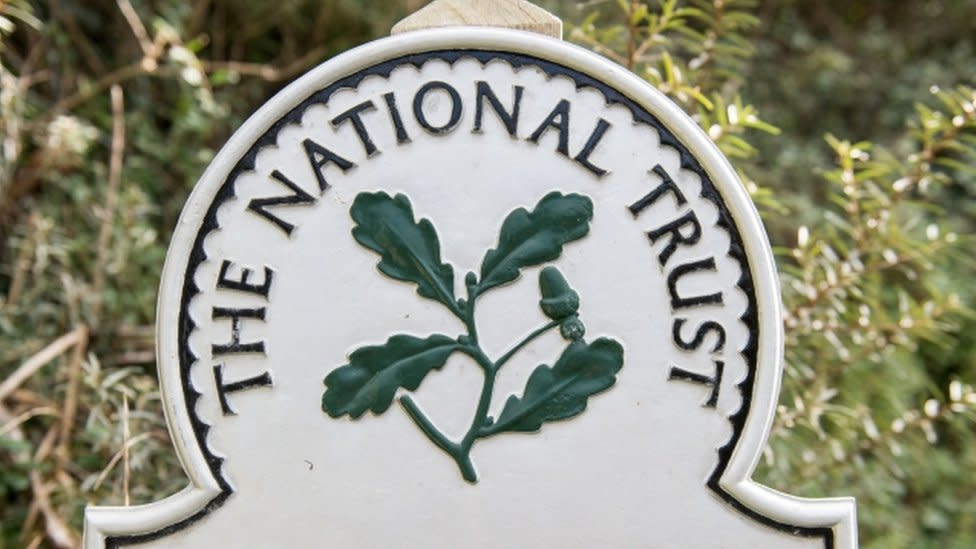