Apple’s mystique doesn’t stem from a reputation as an innovator or pioneer, but rather as a refiner of technology or a popularizer of existing hardware or features. It is the trendmaker of the consumer electronics world. So when the company responsible for turning laptops, smartphones and smartwatches into coveted products […]

Apple’s mystique doesn’t stem from a reputation as an innovator or pioneer, but rather as a refiner of technology or a popularizer of existing hardware or features. It is the trendmaker of the consumer electronics world.

So when the company responsible for turning laptops, smartphones and smartwatches into coveted products picks up a business in a different tech sector, the industry tends to take notice. Especially when it’s a targeted virtual reality platform — like Spaces, the VR outfit that Apple confirmed it’s buying on Tuesday for an undisclosed sum.

The start-up, which was originally born of DreamWorks Animation, was known for powering a VR attraction tied to Terminator Salvation: Fight for the Future. It shifted gears recently due to the pandemic, diving into the much more utilitarian VR video conference call use case. But this virtual environment is unique: The host is represented by an avatar that mirrors his or her actual movements.

The simple way to think of it is like live puppeteering of a virtual character. Apple already has technology that works in a similar vein — namely its memoji line of stock and custom chat avatars — so one might wonder what the company has in mind with this platform.

In true Apple fashion, its lips are sealed about its intentions. According to a company statement, “Apple buys smaller technology companies from time to time, and we generally do not discuss our purpose or plans.”

It’s easy to overlook the deal. Tech companies buy start-ups all the time, and the assets don’t always lead to future products or features.

What’s harder to ignore is the iPhone-maker’s long-running interest in mixed reality. In 2016, Apple chief executive officer Tim Cook publicly asserted that augmented reality will play a fundamental role in how people use technology in the future. It would become as commonplace as “eating three meals a day,” he said then. But he also acknowledged that the technology wasn’t ready for primetime at the time.

Since then the company has launched ARKit, the AR developer tools that have helped spawn the current AR try-on craze, and rumors have been circulating for years that it’s developing its own AR headset. Those expectations eventually broadened to include VR or a mixed-reality solution of some sort, partly because Apple has been scooping up various VR-related companies — from spatial perception company Flyby Media in January 2016 to VR streaming video firm NextVR in May 2020.

Last year, well-known Apple analyst Ming-chi Kuo weighed in on how the MR tech would likely work as a companion to the iPhone. However the unit comes — whether in eyeglass form, slim goggles or other form — the device would connect to the iPhone and use the mobile’s computing power and connectivity.

Such a hardware-software combination could be the basis for a burgeoning ecosystem.

If companies like Spaces wind up informing a future VRKit for iOS, the implications for retail could be big, ranging from remote retail conferences, remote trunk shows, virtual pop-ups and even an animated runway shows.

Spaces’ VR conference avatars may look a bit cartoonish, but its work on “Terminator Salvation” demonstrate that it’s capable of more sophisticated renderings and stylistic touches.

And there’s been retail appetite for VR, even before the coronavirus pandemic accelerated online shopping. Some brands dipped their toes into mixed reality using gateway technology like Snapchat’s AR Lenses or dove into VR to showcase creations, from The North Face to Rebecca Minkoff, among many others. But these seemed more like branding opportunities or experiments, rather than serious shopping efforts.

In a conversation in early March 2020, Daniel Beauchamp, Shopify’s head of VR and AR, laid out the company’s interest in the technology for WWD: “VR was actually the first area that we focused a lot in, and to this day, we still do explorations within VR commerce,” he said. “It still is a bit early. From a market perspective, it is still limited by the devices that are out there…not everyone has a VR headset. But the same assets that are being prepared today for AR experiences can be used for virtual reality. It is something that we’re looking at.”

Beauchamp pointed to WebXR specifications, which makes mixed-reality environments available via web browsers. “If there are any assets that are 3-D, you’d be able to view that in front of you. That’s something that’s not possible right now [for us], but it’s on our roadmap, and a merchant would need to create any additional assets to make this happen,” he said.

Soon after, Shopify rolled out native support for 3-D models and video, which would work in AR or VR settings.

Others conversations during the pandemic’s early days were similarly encased in enthusiasm and optimism.

Brady Stewart, Levi’s managing director of direct-to-consumer in the U.S., told WWD that every brand should be looking at the technology. “Every smart retailer should be considering how to provide those rich immersive experiences to consumers, anywhere they are, or if they want to shop in their home,” she explained. “I think also, importantly,  how can you create these experiences in-store across the marketplace.

“[VR commerce would be] a great opportunity for brands to tell their stories to consumers in a deeply immersive and educational way,” she said. “And so I think we will be pursuing that and the industry as a whole, we’ll be pursuing that.”

Uri Minkoff, ceo and cofounder of Rebecca Minkoff, put a finer point on the issue of VR in the time of COVID-19.

In a quarantine situation that stretches on for months, “if I wanted a true escape or maybe even do a meetup with a friend, we could partake in those spaces together and shop socially together in some sort of a virtual reality hangout,” Minkoff told WWD. “I’m separating myself from the world. But I think it’s, how do I take these amazing location or shopping experiences and bring them to someone that doesn’t have access — either due to proximity or due to the environment that we’re in now. So I think that it’s coming. It’s just slow.”

Fewer brands have decided to wait — like the design houses from New York Fashion Week that have flocked to WebVR technology, to put virtual versions of their physical stores online.

Still, VR commerce hasn’t broken into the mainstream yet. But there’s hardly a better time for it to pick up steam, even if major companies like Facebook haven’t shown much interest in VR shopping.

The owner of Oculus, the best-known purveyor of virtual-reality consumer tech, Facebook hasn’t yet hinted at any retail commerce ambitions in the VR platform, outside of gaming and videos. But after sellouts of its Oculus Quest headset last holiday season and impressive earnings during the lockdowns, the company could look at the space anew and point its Facebook Reality Labs, formerly known as the Facebook AR/VR team, at it.

But even then, it seems clear that it would take the likes of Apple to bring the tech from geek to chic. That is, after all, what it does best.

Wed Aug 26 , 2020
It’s the ultimate indulgence — a pair of shoes custom made to fit your feet. Since no two feet are created equal, not even your own, consider treating yourself to shoes made specifically for your foot type to achieve an extreme comfort experience. According to SATRA, an independent research and […] 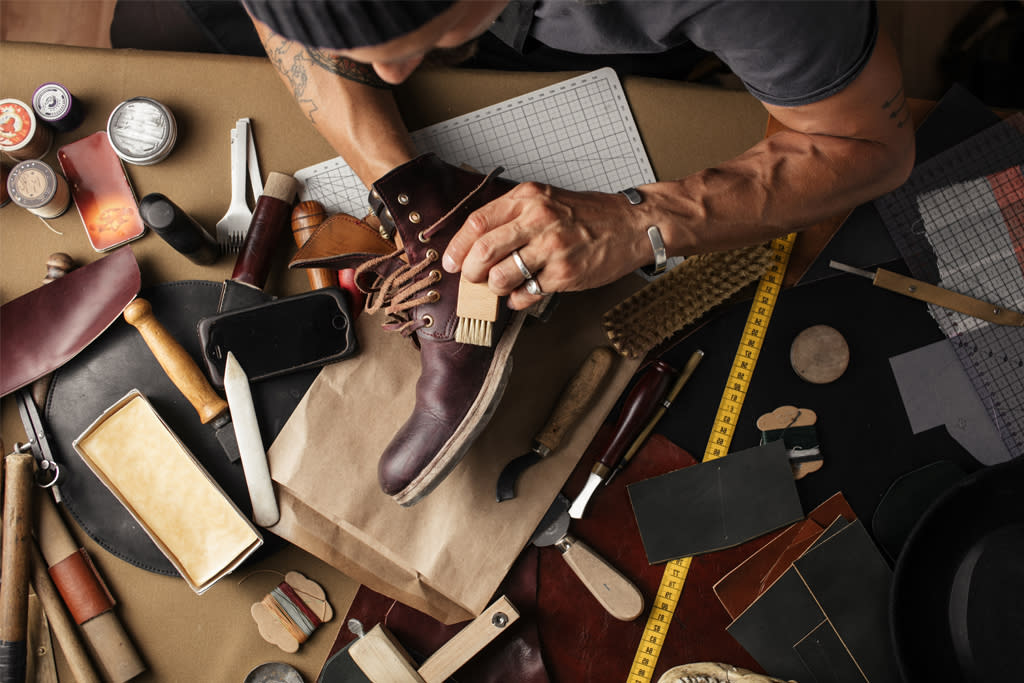