Normally Teresa Stanfield spends her days in prisons talking with inmates about how she changed the course of her troubled life, and how they can do the same. But the coronavirus has locked her on the outside.

“When COVID came and shut down programming, I was extremely disappointed,” said Stanfield, Oklahoma field director with Virginia-based Prison Fellowship. “But I also knew that God had a plan and we were going to do everything we could to continue to encourage our returning citizens and keep our volunteers connected.”

For Stanfield, the answer was Floodlight. Developed in March after correctional facilities closed to visitors, it’s a collection of spiritual and inspirational programming that’s delivered online and via closed-circuit television to prisons across the country, reaching a total of over 400,000 inmates — 1,000 times more than Stanfield’s largest in-person presentations.

It’s one of the most ambitious and successful examples of how faith-based organizations have adapted and innovated during the pandemic to keep up their prison ministries and services.

Some, like Prison Fellowship, are producing content for wide distribution behind bars. Others are recording religious services and prayers for specific correction systems to distribute through prison television systems. Some are turning to direct mail to inmates in the form of letters of spiritual encouragement, study lessons, Bibles and religious magazines, or sending supplies to prison officials and chaplains of various faiths and denominations to distribute.

Jehovah’s Witnesses, for example, “looked for every way possible” to continue outreach to incarcerated populations with their message of hope at the 3,315 correctional facilities where the faith’s volunteers are active, spokesman Robert Hendriks said. That has ranged from online content via CCTV to personal messages via the Postal Service.

“It was not an option for us to stop our ministry,” Hendriks said.

Prisons, by design restrictive and with little personal space, have been fertile grounds for the spread of the coronavirus.

According to data compiled by The Associated Press and The Marshall Project, more than 108,000 inmates had tested positive for the virus as of Aug. 25, and there have been 928 reported deaths. More than 24,000 staff members including nurses, correctional officers, chaplains and administrators tested positive as well, and 72 deaths have been publicly reported.

Overall, the rate of known infections among inmates is nearly three times that of the general U.S. population.

Jim Bright, a longtime prison volunteer with Jehovah’s Witnesses in Marion, Ohio, knows that firsthand — at one of the lockups he visits, more than 80% of the inmates tested came up positive, according to the Centers for Disease Control and Prevention.

“I thought, Wow, this will be the first weekend in 47 years I won’t be doing something at one of the prisons,” Bright said. “It’s a big part of my life as far as getting to know those guys and helping them take care of their needs.”

Now unable to visit, Bright has been sending religious literature to inmates through a prison chaplain and writing personal letters offering “scriptural encouragement.” One inmate wrote back to say he and a couple others were planning to teach and preach to fellow prisoners, he said.

The last time Matthew Perry, with Jewish Prison Services International, was inside the six Washington state facilities he usually visits was in early March, for the Purim holiday. He was at his second lockup of the day when authorities abruptly ushered all the volunteers out.

“All the religious groups were, ‘What do we do next?’” Perry said. “No one knew anything at that point.”

Perry’s group is capable of producing video content, but the prisons where it operates aren’t set up for inmates to view it individually or allow them to congregate in groups for safety reasons. So like Bright, he has turned to old-fashioned mail, sending religious materials directly to Jewish inmates.

“It’s been a lot of adjusting,” Perry said.

Dawud Walid, executive director of the Michigan chapter of the Council on American-Islamic Relations, said his group has been shooting video of sermons and prayer services at mosques for distribution in state prisons. In fact the new, system-wide distribution is making its ministry far more accessible to Muslim inmates, as many of Michigan’s facilities are in areas lacking locally based imams to make in-person visits.

“There’s actually inmates who are getting religious sermons every Friday that they normally would not get,” Walid said.

One of most expansive outreach operations is run by Prison Fellowship, founded by the late Charles Colson, a top aide to Richard Nixon who served time for his role in the Watergate scandal. Staff and volunteers operate programs in hundreds of lockups, including preparing prisoners to re-enter society and building community support networks to help.

President and CEO James Ackerman said that after the Fellowship’s volunteers were locked out, the California Department of Corrections called to say it had a CCTV network to distribute whatever his group could produce, and was “desperate for inspirational, faith-centric content.”

Thus Floodlight was born. Partner organizations provided video streams and other viewing materials, while Prison Fellowship called on employees to share their own stories of inspiration and redemption.

It launched April 14 in California prisons with new content shown three times a day. There’s also religious programming produced by the state Corrections Department featuring chaplains from various denominations, as well as from outside religious groups.

Floodlight has since expanded to prisons in 43 states and will continue permanently even after lockups reopen to visitors.

Prison Fellowship’s in-house production team met up with Stanfield in Oklahoma City to put together her video presentation. In it, the mother of two candidly tells how she spent 20 years in and out of prison due to drug addiction, she said, before God gave her a second chance.

Her story can have great impact coming from someone “who’s actually been in that life,” she said.

“If God can use me so somebody else doesn’t go out and die from addiction,” Stanfield said, “that’s a calling.”

Associated Press religion coverage receives support from the Lilly Endowment through the Religion News Foundation. The AP is solely responsible for this content.

In defense of 2000s horror, an age of torture, tank tops, and Wikipedia

Sat Aug 29 , 2020
In defense of 2000s horror, an age of torture, tank tops, and Wikipedia Welcome to 2000s Week! We’re exploring the pop culture that shaped us at the turn of the millennium, and examining what the films, shows, and games from the era say about us then and now. It’s a […] 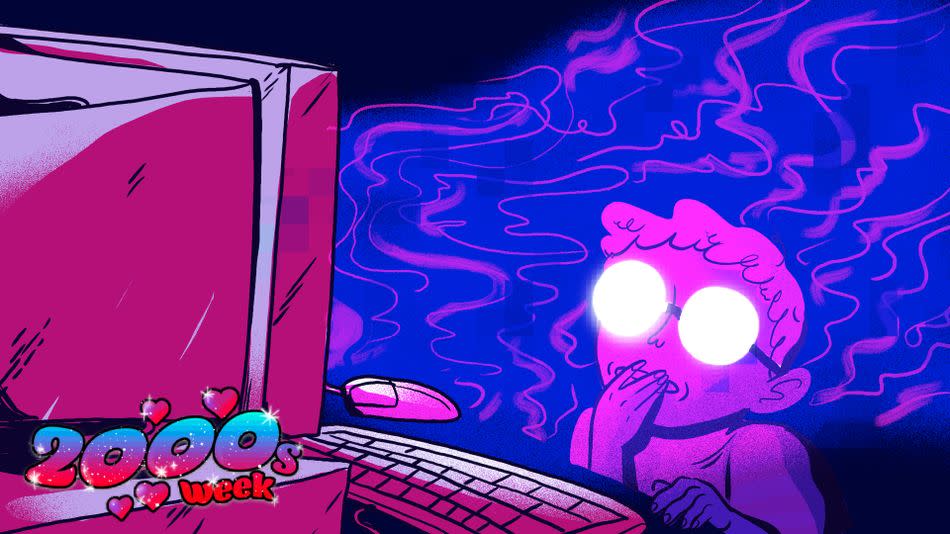