Roblox’s online roleplaying game Ghostopia gets a partnership with MGM, adding The Addams Family to the virtual world in time for Halloween. Supersocial’s roleplaying game Ghostopia secured a partnership with MGM, bringing The Addams Family to Roblox’s new multiplayer experience in time for Halloween. Supersocial, a developer and publisher for the […]

Roblox’s online roleplaying game Ghostopia gets a partnership with MGM, adding The Addams Family to the virtual world in time for Halloween.

Supersocial’s roleplaying game Ghostopia secured a partnership with MGM, bringing The Addams Family to Roblox’s new multiplayer experience in time for Halloween. Supersocial, a developer and publisher for the Metaverse, recently released the open beta for its online RPG, Ghostopia, which tasks players with collecting the ghosts of historical figures and famous fictional characters to populate their Haunted Mansion. These spirits are obtained through in-game quests and story missions in Supersocial’s vast open world, which was made entirely in Roblox. The mansions can also be customized with various cosmetic items, which are constantly being added through new experiences and partnerships. To prepare for Halloween, Supersocial has announced a huge partnership with MGM and United Artists Releasing.

Recently, Supersocial raised $5.2 million to develop games for Roblox, including its popular Ghostopia RPG. The developers are working toward building experiences to populate both Roblox and other platforms that can be considered a metaverse. The metaverse is considered the next phase of the internet and is made up of virtual spaces that are linked together as though it is a single virtual world. Roblox and other shared-world game experiences like Fortnite are considered Metaverses and are constantly expanding with the addition of new content for players to experience. Ghostopia is one of Roblox’s new content additions that is growing in popularity since its beta launched last month.

According to Ghostopia’s developers, Supersocial has secured a partnership with MGM and United Artists Releasing to bring The Addams Family to the online RPG in time for Halloween. To celebrate the game’s launch, Supersocial has added a special quest inspired by The Addams Family 2. Players are tasked with collecting postcards that have been “misplaced by the creepy and kooky Addams Family.” The virtual scavenger hunt will take players across Ghostopia’s interdimensional landscape, and when the quest is complete, players can trade in all the postcards for exclusive decorations based on the new movie.

The inclusion of The Addams Family in Ghostopia is only one example of Supersocial’s intended partnerships. The Roblox game developers promised to bring new experiences to the virtual world, with the intent of enticing more players to Roblox’s haunted playground. The recent partnership comes in time for The Addams Family 2‘s theatrical and on-demand release. The sequel follows from the 2019 animated film, The Addams Family, which reenvisioned the iconic characters. As for Ghostopia, it wasn’t clear what future experiences will arrive, though, but it’s possible Halloween will bring more unique scares to Ghostopia. The event is likely part of Supersocial’s push to populate its side of the Metaverse, bringing more players to the haunted landscape.

As it is with many free-to-play Roblox games, Ghostopia has a large team of developers and looks to offer more content as time goes on. Supersocial plans to add more experiences for players to explore and new cosmetics for players to utilize as they work towards building the spookiest Haunted Mansion in town.

Ghostopia is available on the Roblox platform. Roblox is available for Xbox One, PC, iOS, and Android devices.

Alden is a freelance gaming news writer for Screen Rant. He has a love for video games and tabletop board games, and is an avid fan of all things sci-fi/fantasy.

Thu Oct 14 , 2021
Our team is dedicated to finding and telling you more about the products and deals we love. If you love them too and decide to purchase through the links below, we may receive a commission. Pricing and availability are subject to change. Le Creuset is known for its colorful, enameled cast-iron […] 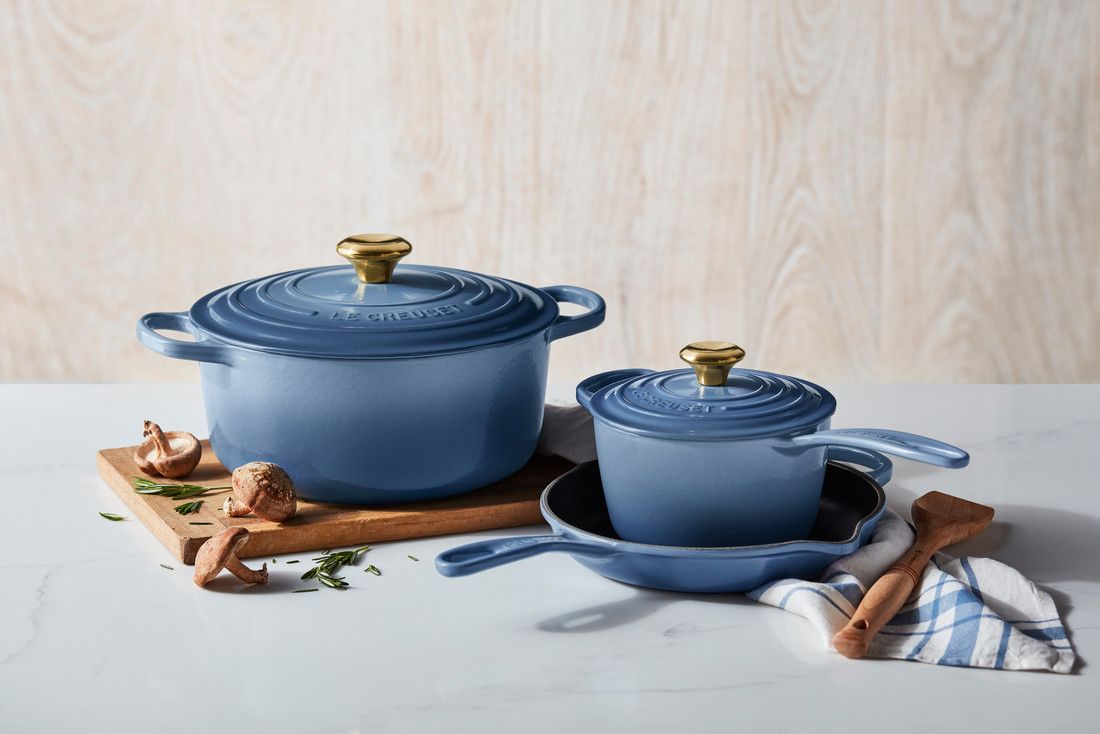