“Do you want to make a snowman?” Who doesn’t especially when the snowman is Olaf. Disney’s Frozen skated into the hearts of preschoolers and young children everywhere on Thanksgiving weekend in 2013. It was a huge smash with the kiddos and Elsa and Anna toys and costumes were all the […]

“Do you want to make a snowman?” Who doesn’t especially when the snowman is Olaf. Disney’s Frozen skated into the hearts of preschoolers and young children everywhere on Thanksgiving weekend in 2013. It was a huge smash with the kiddos and Elsa and Anna toys and costumes were all the rage along with the sun-loving snowman, Olaf. Frozen II hit theaters six years later, but the movies and their beloved characters never really fell off in popularity thanks to streaming services. If you have a little one in love with the movies who would love to have a birthday party in an Arendelle, creating a Frozen-themed birthday party is a lot easier than you think, and you won’t even need magic to do it.

You can certainly have a Frozen-themed birthday party any time of the year, but winter is the ideal season to host one. If you’re lucky enough to live where snow is a frequent occurrence, take advantage and have an outdoor party in the backyard since you already have a winter wonderland. String up some lights and heat up the fire pit for an outdoor movie featuring a Frozen double feature and plenty of hot chocolate of course. No snow? No problem. Just take white and light blue streamers and lots of hanging snowflakes to create an indoor winter wonderland. Fairy lights work indoors too and so does the double feature with cocoa and cookies.

The people of Arendelle had to skate to get around once Elsa let it go and turned everything to ice. For a different way to hold a Frozen-themed birthday party, head to an ice rink. Indoor ice rinks are open year-round and typically host birthday parties. Skate rentals are usually included in the party package. If a lesson is, take advantage. Not all the party guests will know how to skate. If a lesson isn’t, ask for one. Encourage guests to bring a helmet and request at least one parent join their kids on the ice. If not, ask for friends who skate to help out on the ice with the kids who are new to skating. Order a Frozen-themed birthday cake and hand out this cozy favor before the party starts; a pair of warm gloves.

Kids love Halloween and dressing up, but who says costumes are just for October 31? You can have a costume party any time of the year so why not have a Frozen costume party for your child’s next birthday. Ask all the guests to come dressed as their favorite Frozen character. Deck the halls at home or in a venue to look like a winter wonderland. Play party games like Pin the Nose on Olaf and Frozen bingo. Don’t forget the snowflake cupcake toppers.

If you’re going to host a Frozen-themed birthday party, then frozen treats are a must. What’s most kids’ favorite frozen treat? Why ice cream of course. Invite kids to come to the Frozen party dressed as their favorite character. Set up an ice cream bar with vanilla, chocolate, and strawberry ice cream along with toppings like sprinkles, chocolate chips, gummy bears, and more. Set the scene with sparkly winter wonderland decorations, and don’t forget the snowflake bowls and spoons.

Olaf played a pretty big role in both Frozen movies and Anna’s “Do you want to build a snowman” line is often quoted. For a slightly different slant on a Frozen-themed birthday party, have a snowman-building party. Those winter wonderland decorations will look great. Have kids come dressed as a snowman. Set up different stations with snowman crafts like paper plate or cotton ball snowmen. Enlist the help of older siblings and cousins to man the stations. Have a couple with arts and crafts projects, and two or three creating snowman treats like marshmallows and cookie snowmen. Be sure to have plenty of indoor snowballs on hand because you can’t have a snowman party without a snowball fight.

For a truly festive party, set the stage with Frozen-inspired decorations like glitter snowflakes and tablecloths, and tableware featuring Anna, Elsa, and Olaf. Then, have the kids make frozen treats to eat while watching the Frozen movies or playing Frozen board games. Ice cream bars are not too hard to make with molds and toppings to taste. Let the kids roll frozen bananas in chocolate and sprinkles for another frozen treat along with bowls of frozen strawberries and grapes to munch on. Complement the frozen treats with some hot chocolate, and send the guests home with a yummy hot cocoa treat to make later.

Hosting a Frozen-themed birthday party for your kid isn’t too stressful thanks to all the Frozen-inspired party favors, decorations, games, and more available online. If you want to be a little different, but still keep Anna, Elsa, Olaf, and Kristoff in the mix, these seven cool ways to have a Frozen-themed birthday party are bound to be a hit, from an outdoor winter party to a skating party. An indoor or outdoor Frozen movie party is always a lot of fun, especially when it’s paired with frozen treats like ice cream and warm and cozy drinks like cocoa.

Sun Nov 28 , 2021
Get crafty this Christmas There’s nothing like transforming your home into an enchanting, festive wonderland to get you in the Christmas spirit. But don’t panic, filling your home with light, sparkle and jolly displays this holiday season needn’t cost you a fortune. No matter your style, we’ve brought […] 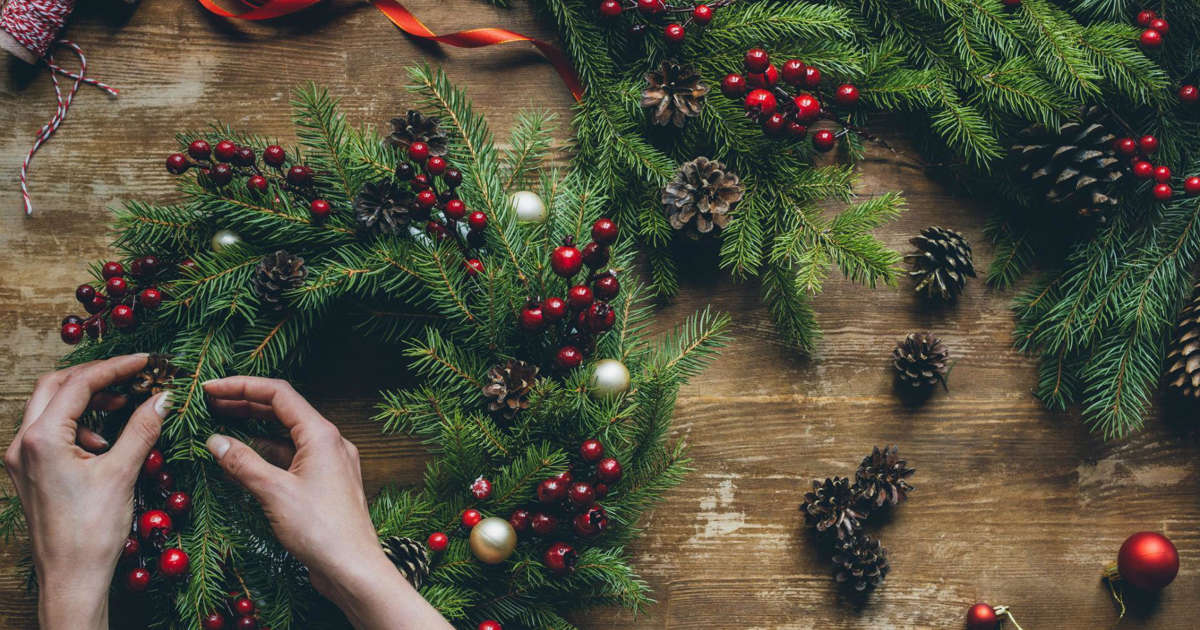