It might not be the best idea to wait for Black Friday sales to roll out before you start your holiday shopping. Supply chain bottlenecks and shipping delays mean that the longer you wait to do your shopping, the more likely you will run into limited inventories, longer shipping times […]

It might not be the best idea to wait for Black Friday sales to roll out before you start your holiday shopping. Supply chain bottlenecks and shipping delays mean that the longer you wait to do your shopping, the more likely you will run into limited inventories, longer shipping times and fewer discounts.

Not even tech giants are immune to global shortage challenges. All kinds of tech products could be in short supply this holiday season, and some are going to be sold out much quicker than in the past.

The pandemic has caused disruptions in manufacturing while driving up the demand for electronics at home. Not to mention, there’s a microchip shortage making things even worse. As a result, companies have been struggling to keep up and stores and e-commerce sites are receiving less inventory than expected.

Stock issues for gaming consoles have been persistent since the release of the Sony PlayStation 5 and Xbox Series X and S last year. Nintendo also announced that it will make 20% fewer Switch consoles than planned for the fiscal year. The chip shortage has forced electronics companies to cut back on the production of consoles but despite the decrease, demand remains high. If you’re lucky enough to find one still available, don’t expect there to be any discounts.

Other holiday hot ticket items you may want to purchase early are popular smartphones such as the latest iPhones and Samsung Galaxy phones. Apple is one of the biggest chip buyers worldwide but will likely need to cut its projected iPhone 13 production targets for 2021 by as many as 10 million units.

Retailers have also warned of a major toy shortage this season. While you’ll certainly be able to find toys, finding the toy at the top of your child’s gift list at a reasonable price might be a different story.

Mattel, producer of popular brands like Barbie, Hot Wheels and Fisher-Price, announced during the company’s second-quarter earnings call that it’s raising prices in the second half of the year leading up to the holiday season to offset the rising cost of production and shipping. Hasbro, whose brands include Playskool, Nerf, My Little Pony and Transformers, also announced possible plans to raise prices for toys and games in time for the holiday season.

While retailers have been preparing throughout much of the year, possible shortages in inventory due to high demand for toys could outweigh supply capabilities. MGA Entertainment, the maker of L.O.L Surprise, only has enough inventory to fill 65% of its pending orders.

Toys that sell out quickly could also take much longer to be replaced by new inventory. So if you’re hoping to grab this year’s popular toys, you’ll need to act fast.

In August, the American Booksellers Association reported that the book supply chain is facing a number of challenges, including truck driver shortages and limited freight capacity, warehouse labor shortages, congested ports and high shipping container costs. Publishers of all sizes are reporting printing issues which result in slower fulfillment times.

Shopping for appliances this holiday season? You may be out of luck. Experts are saying that if there’s a particular kitchen or laundry appliance that you’ve been eyeing, you may not get it for several weeks or even months. Getting parts to manufacturers and machines to distributors and retailers has been a struggle.

If you’re in dire need of an appliance, head to an independent dealer first or consider substitutions. If you can stand to wait, get on a waiting list or sign up for alerts when your favorite model is back in stock. Experts also say that while there may be some promotional sales on limited products over the holidays for major appliances, don’t expect the same discounts as in previous years.

Due to pandemic-related factory shutdowns in Vietnam, one of the biggest suppliers of apparel and footwear in the U.S., more American retailers are anticipating delays and shortages of goods along with higher prices from labor and shipping costs. Nike reported that its products are taking twice as long to reach North America. Lululemon and Gap also depend on factories in Vietnam, which recently allowed factories to open despite a limited labor force.

Cotton prices have also hit a 10-year high, which could eventually be passed along to shoppers. Cotton can be found in a number of products, including jeans, T-shirts and undergarments. According to the U.S. Bureau of Labor Statistics, prices rose the most over the past year on men’s shirts and sweaters, men’s pants and shorts and women’s dresses.

If you’re thinking of ordering a new couch, rug or upholstered bed, you might be waiting until the middle of next year before it’s delivered. Furniture manufacturers and retailers are reporting a combination of COVID-related problems, increased demand for furnishings, poor weather conditions and a shortage of upholstery foam that are pushing shipments into next year.

Popular holiday decorations, cards, food and more may be hard to come by and will likely sell out far in advance. Big-box home improvement retailers such as Home Depot and Lowe’s quickly sold out of Halloween decorations, indicating that holiday decorations could be in even higher demand this year.

Global supply constraints have cut back on the number of available artificial Christmas trees, and retailers may be forced to raise prices to offset shipping costs. Christmas lights, ornaments and wreaths may also be in short supply this year.

There have been warnings that some holiday food staples, such as fresh Thanksgiving turkeys and hams, may be harder to come by at grocery stores. While experts say it’s not necessarily a shortage, you might have a harder time finding a fresh bird. Shoppers might also notice higher prices on turkeys due to skyrocketing costs for grain feed.

While getting an early start on your holiday shopping doesn’t mean you’ll find everything you need at a discounted price, you’ll more than likely have better luck than if you wait to shop online or in stores until Black Friday sales.

Wed Nov 10 , 2021
Pokémon Brilliant Diamond and Shining Pearl both look rushed. The early buzz surrounding leaked copies is underwhelming, and these DS game remakes seem much less ambitious and innovative than 2022’s Pokémon Legends: Arceus. If you had any doubts about that before, we’ve learned that the game won’t even have vital […] 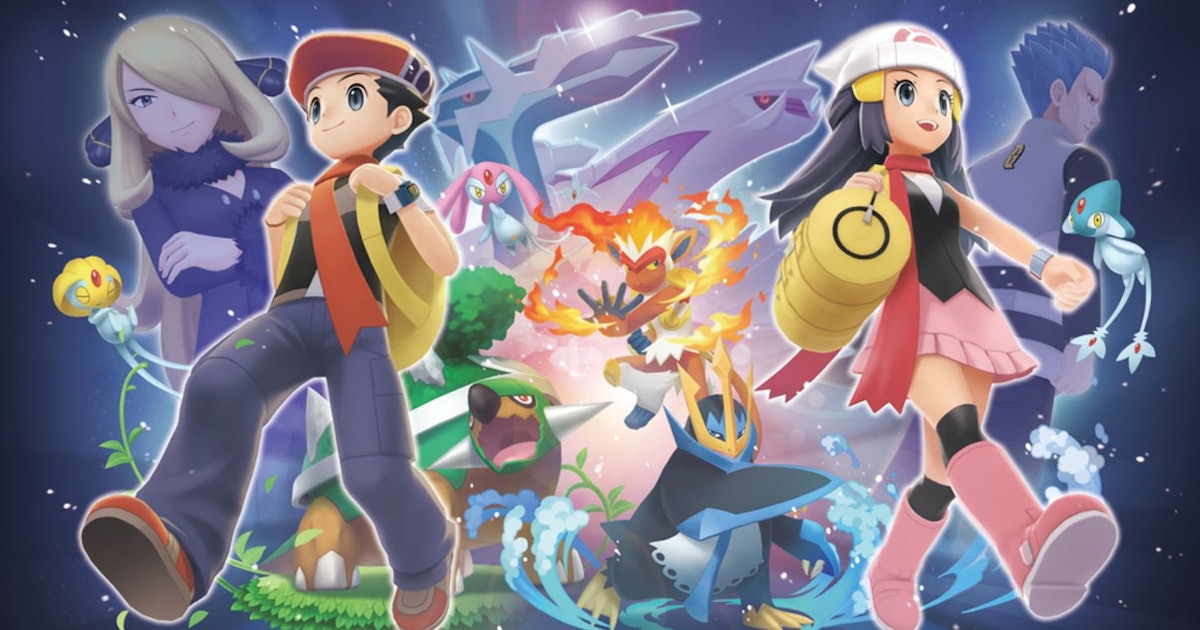