From Car and Driver

This may be peak motorcycle riding season right now, so that means peak gear-buying season, too. Consider some of this gear if you’re going out on your motorcycle. It’ll keep you comfortable, cool, and safe. And those are the three main ingredients for a good summer’s ride.

Yes, the bluarmor blu3 A 10 is an air conditioner for your head! It attaches to the front of your full-face helmet and blows cool air directly into your face, thus making long rides so much comfier, particularly in stop-and-go city traffic where you’d be flipping up and then flipping down your visor all day. The blu3 E20 even offers Bluetooth connectivity and voice control of fan speed. Both offer cool(er) air inside what used to be the sweatbox of your brain bucket. To install, just peel off the stickers and press the unit against the front chin guard. You charge the unit via a USB connection. Then just press the front end of the unit and the fan kicks on. Press it again for a higher speed, once more for a mini-blast, then a final time to turn it off. There is a sort of flow-through ventilator you’re supposed to pour water into that theoretically offers evaporative cooling, but given that water evaporates at gh=ΘA(xs−x), I don’t think there’s enough water to last more than a minute. Which leaves you with just a fan blowing air. Even that is a little more comfortable on a hot day as you’re slogging through summer in the city on your scooter. Problem is, it’s $120 just for the non-Bluetooth A 10 unit, so you’ve gotta really hate heat.

Being able to communicate with the friends you’re out riding with can make your rides much more enjoyable and even safer (“Roadkill in Lane 2!”).

I got to borrow a pair of Cardo Systems’ Packtalk Black motorcycle communicators recently. They retail for $389.95 each, which is pretty steep. But there are improvements on this and other models from Cardo that might make it worth the dough. The biggest improvement is voice control. Rather than trying to push a button on the unit stuck on the side of your helmet, you just say, “Hey Cardo, next track” or “Hey Siri/OK Google, is it going to rain?” Also, an algorithm they developed called DMC MESH organizes all the headsets in your riding group and allows you to more easily talk to each other while riding. By using MESH, Cardo headsets communicate with all the riders, using the next rider’s unit to connect with the farther rider and so on automatically. So it’s easier to keep in communication.

In addition to that, you get: 45mm speakers with Sound by JBL, connectivity with up to 15 riders, communication up to a claimed mile away thanks to a flip-up mini antenna, 13 hours of talk time, and Cardo says it connects with any Bluetooth headset on the market. It also connects with your smartphone and plays all your music, shareable with you and another rider. It allows you to receive and send phone calls on the fly, and even listen to FM radio. The volume automatically adjusts as ambient noise rises and falls. If you don’t want to speak with your whole group, you can pick just one member and have a private conversation while underway. So it does a lot for $389.95.

Cardo offers several models with prices decreasing from the Black model all the way down to the $139.95 Freecom 1+, intended for just one rider talking to his or her passenger. There are also Freecom 2+ and 4+ units if your group is only that big, all of which are 100 percent waterproof. You can buy a Freecom 1+ Duo, which gives you two complete sets of communicators, for $259. Freecom 4+ Duo, with two complete units, is $449.95. Pick a combination that works for you.

“Because the communication device market is growing in importance, people that ride that once invested maybe $70 on some Amazon special are now going for much more expensive units, the $389 Packtalk Black in its first few weeks on the market is selling like a total blast,” said Cardo CMO Dan Emodi. “I think it resembles a little bit what happened to the price of mobile phones when they went from feature phones to smartphones.”

Why struggle with ill-fitting gear that won’t cover your freakishly proportioned torso when you can get something tailored just for your particular carcass? Dainese says that by using its Custom Works you can design “every leather panel, every metal plate, every slider… selected by you to showcase your own unique style.” Custom Works replaces Made-To-Measure, which was just tailoring. Custom Works allows you to add your choice of colors, sliders, plates and patches. You can even do this online in most markets, using the gear equivalent of a configurator.

There are a few drawbacks. It’s not available on all Dainese gear, and some gear allows only custom fit but not color, or vice versa. It’s expensive, but not too expensive: Custom Color is $399.95 and Custom Fit is $449.95. If you’re going to do it, may we suggest visiting your participating Dainese store instead of using the online portal? You’re sure to get a better finished product.

This new Tech-Air 5 is a standalone airbag system that you can wear under any number of riding garments. Like its predecessor, it offers chest, back and shoulder protection in the event of a crash. Numerous sensors on the vest continuously feed data through an algorithm that can tell when you’re having an accident. When that happens, the system fires two argon gas cannisters that inflate the vest in 20 to 40 milliseconds, depending on the size of the vest. After five seconds of complete inflation, it then deflates slowly over the course of about two minutes.

You no longer have to plug the vest into a tether — as with other manufacturers — or even plug it into a compatible garment, you can wear it under anything. Just zip it up, close the Magnetic Operating System tab on the front and it’s ready for action. There’s also a smartphone app telling you the vest’s state of charge and can even record your ride on a map. The new vest has more sensors: three gyroscopes, three accelerometers and a more-refined crash algorithm using artificial intelligence to decide when to deploy.

I wore one for a day’s ride around Austin, Texas. On a fairly warm day the vest did allow some flow-through air. In temps above 90 degrees it got uncomfortably warm. Also, the jacket I had brought for the ride was sized for me without an air bag vest, so it was too snug. If you get one of these vests, I suggest getting a new jacket at the same time, since you’re always going to wear the vest once you know its safety advantages. I know I always feel safer with an air bag vest than without.

Price is $699.95 in sizes XS to 4XL. The Tech-Air 5 System I used and which is shown here is designed for street riding. If you’re going to a racetrack, get the Tech-Air Race system. Ride on!

This is an artistically designed, somewhat sci-fi-looking combination radar detector and dash cam in one. The Cobra Road Scout suction-cups onto a motorcycle’s windshield (or a car’s windshield, obvs) and can save you many a ticket. On one long ride I met a guy who was riding a Kawasaki Concours across the country. He had one stuck to his windshield and he said it had saved him from getting 23 tickets. 23! That’ll make you quit griping about this unit’s $449 sticker price.

I’ve had a chance to use a borrowed unit for a while next to my six- or eight-year-old Escort Passport Max. The Passport is more traditionally rectangular and displays the detections on a horizontal bar graph. Real easy to see. The Cobra Road Scout has a small round screen in the middle that’s harder to see, especially when out riding in the bright sunshine. The screen displays the speed limit, your speed, the band of radar detected, the level of signal from the radar and the sensitivity setting for the detector, all on one screen about an inch and a half across (I measured it). My old Escort seems better at detecting radar than the Cobra. I measured this, too, by approaching one of those speed limit signs that displays your speed. The Escort detected signals earlier and kept the alert going longer. But the Passport doesn’t have a dash cam. The Cobra is more of a compromise with the dash cam. The dash cam records in 1080p HD, and is good in almost all lighting situations, especially at night. It records onto a micro SD card that fits into the side.

Cobra also offers you connectivity with iRadar, with its online community of radar location information paired to your phone, or with its WiFi connectivity you can also go to the cloud for shared alerts, and to get local speed limit information.

There are other units on the market that offer radar detection and dash cam in one, but I didn’t get to try those out. Nonetheless, for my purposes, I think I prefer the old Escort.

Now everybody get out there and ride!

The Fellowship of the Ring' 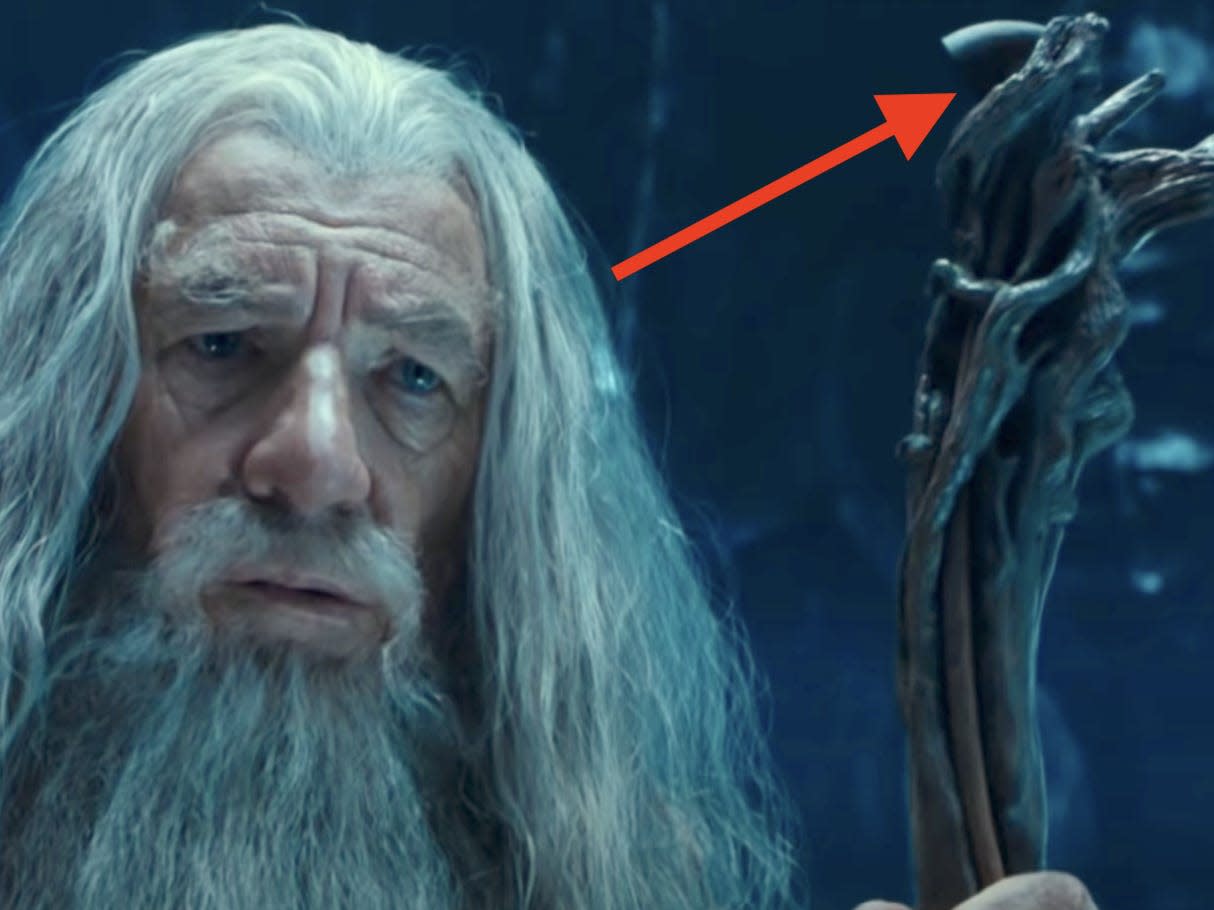