After teasing an agreement with “a major multibillion dollar retailer” for weeks, body measurement company 3DLook is ready to make the partnership known. In an exclusive conversation with WWD, the tech company revealed that it has been working with Tailored Brands, parent company of Men’s Wearhouse and Jos. A. Bank […]

After teasing an agreement with “a major multibillion dollar retailer” for weeks, body measurement company 3DLook is ready to make the partnership known.

In an exclusive conversation with WWD, the tech company revealed that it has been working with Tailored Brands, parent company of Men’s Wearhouse and Jos. A. Bank Clothiers. The partners are currently working on several phases of roll-out that bring the body measurement technology to those two retail businesses.

The main premise of 3DLook is rooted in computer vision, with body measurements derived from two selfies — one from the front, and another from the side. The system can then determine measurements that can be used for everything, from tailoring to 3-D design and other virtual applications.

“We’re getting great feedback from them,” Whitney Cathcart, cofounder and chief strategy officer at 3DLook, said of Tailored Brands. “They beta tested the first 100 doors and have rolled us into 200. And [soon] they will roll it into the balance of those stores.” The plan is to bring the tech into more than 1,000 locations this fall.

Like other apparel businesses that hinge on in-person services, such as tailoring and made-to-measure services, Tailored Brands has been hit especially hard by the coronavirus pandemic.

As the company filed for Chapter 11 bankruptcy earlier this month, Dinesh Lathi, its president and chief executive officer, described the restructuring plan at the time as a continuation of efforts begun before the pandemic. Now it’s a matter of “refining our assortments, strengthening our omnichannel offering and evolving our marketing channel and creative mix. The unprecedented impact of COVID-19 requires us to further adapt and evolve.”

The company’s goal, Lathi added, was to become “a stronger company that has the financial and operational flexibility to compete and win in the rapidly evolving retail environment.”

Part of that adaptation and flexibility now includes 3DLook’s platform, a technology that obviates the need for a human tailor to physically measure customers.

The rise of online shopping has created demand for remote fitting platforms, sparking numerous approaches — from StitchFix’s blend of questionnaire, purchase history and customer feedback to computer vision technologies like that of 3DLook and other start-ups, or some combination.

And that was before the pandemic. Now, as the health crisis has amplified e-commerce and made social distancing the norm, the premise of hands-off fitting has become critical for some outfitters.

According to Cathcart, that was the issue for Tailored Brands: “[They said,] ‘there is no playbook here. What kind of technology is out there, where we can help our customers feel safe when they come in our store and give them a great user experience that allows us to serve them in the same way as we’ve always served them — without having to touch them?’” she explained.

Not only is 3DLook a touchless measurement platform, but it also doubled down on social distancing this week. A new update now brings voice control to the mix.

Because the technology requires full-body images, that usually means someone else is nearby, snapping the photo of the subject. The voice-activated feature, titled “Hands-free,” now lets customers take the photo themselves via voice. And because it’s a browser-based tool, users won’t have to download a separate app.

Consider the consumer who’s window-shopping on their laptop and comes across something on the web site of jeans company 1822 Denim, another 3DLook partner. If the shopper is interested in checking their remote fit, they can scan a QR code or have a link texted to their phones, where they can open up the online selfie tool. With the voice feature, they can speak to snap the photos required.

From there, the measurements can power personalized fit recommendations, possibly even virtual try-ons, depending on the retailer’s capabilities. In this scenario, the phone works with the desktop browser, so the customer has a unified experience. If the shopper starts out on their mobile device, the experience remains there.

The feature will come to all versions of 3DLook’s products, whether through e-commerce or the in-store use case at Men’s Wearhouse and Jos. A. Bank Clothiers, where store associates will use “iPads that output the customers’ measurements,” Cathcart said.

Either way, mobile device cameras underpin the technology, and development there could see another jump forward soon with Apple’s upcoming product announcement, expected next month.

Previous iOS updates have mattered to companies like 3DLook. “We were the most excited over the models encryption in Core ML in the latest iPhone release,” said George Moliboga, 3DLook’s chief technology officer, referring to Apple’s approach to machine learning, that allows computations to happen on the device.

“This means that now there’s an opportunity to process the photos right there on the user’s phone, which ensures the safety of 3DLook’s neural network model and the personal photos of the users,” he said. It also allow the scanning process to happen faster.

Additionally, the company doesn’t store any of the photos, complying with data privacy regulations in Europe and California. But in terms of the number of body profiles it has in its database, which informs the tech’s accuracy in measuring people, the company projects that it will come close to one million profiles in early 2021.

“In the upcoming iPhone release, we anticipate the ARKit [augmented reality developer tool] update with the opportunity to use the skeleton and contour detectors at once,” added Moliboga. “We’re also looking forward to the release of LiDAR scanner on the back camera, this should help increase the accuracy of body measurements.”

Think of LiDAR remote sensing technology as akin to radar, except that it uses light instead of radio waves. In the consumer tech sector, it’s become something of a trend to pack into smartphones.

Such technical improvements could go a long way in convincing more apparel and fashion companies, as well as their customers, that a good fit is just a couple of photos away. So far, 3DLook works with roughly three dozen partners, with enterprise clients in the uniform apparel industry being one of its key niches.

But for apparel businesses that fundamentally depend on fitting, such as Jos. A. Bank and Men’s Wearhouse, such tools are starting to look like crucial weapons in an ongoing fight for retail survival.

Thu Aug 20 , 2020
Photo credit: Apple From Best Products The 27-inch iMac is the latest Apple computer to get welcome updates in 2020, joining the likes of the MacBook Air and the MacBook Pro. The highlights, in addition to the anticipated bumps in processor and graphics power, include an even more captivating 5K […] 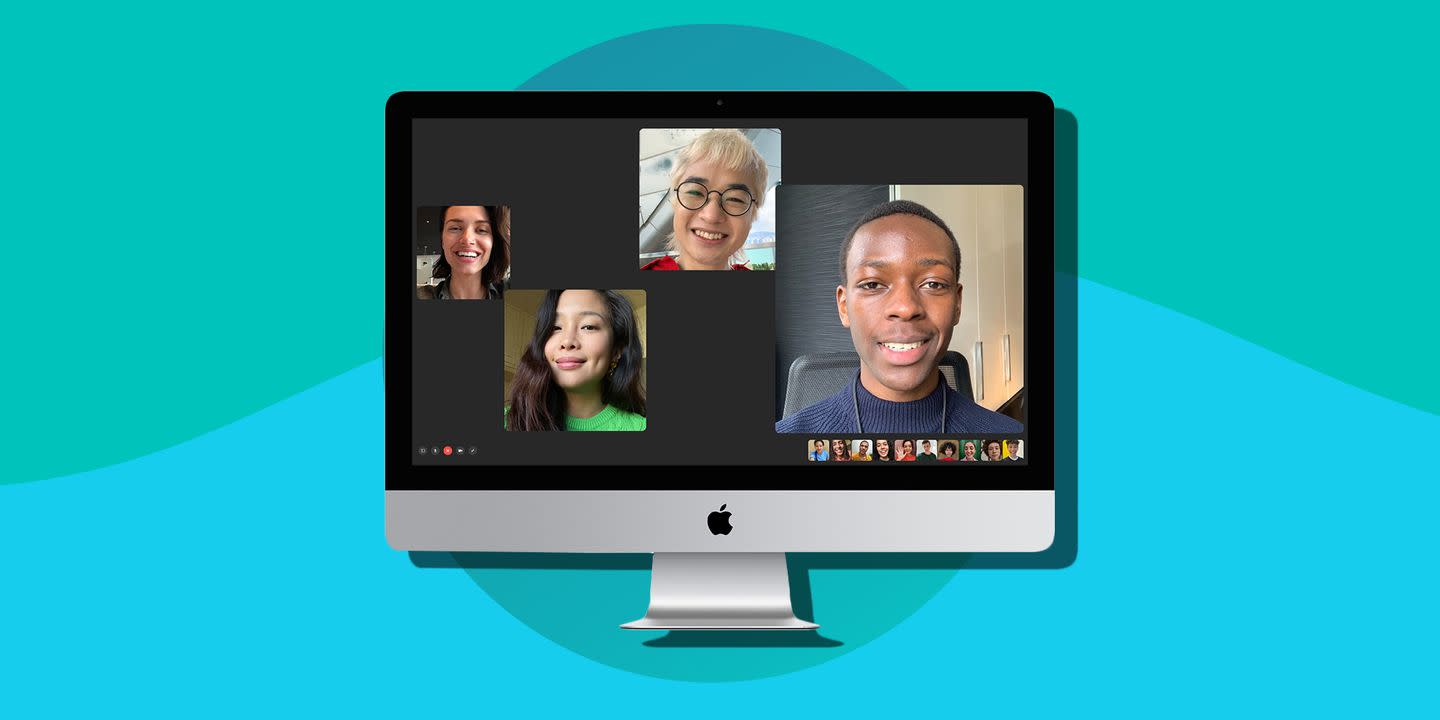