Lovers Rock may be the Dazed and Confused of early-’80s Afro-Caribbean British subculture, but I wouldn’t really know. To an outsider, the film doesn’t have much impact. The one-hour film is part of a BBC-developed five-part series on the lives of West Indians in Britain directed by the London-born filmmaker […]

Lovers Rock may be the Dazed and Confused of early-’80s Afro-Caribbean British subculture, but I wouldn’t really know. To an outsider, the film doesn’t have much impact.

The one-hour film is part of a BBC-developed five-part series on the lives of West Indians in Britain directed by the London-born filmmaker Steve McQueen, whose parents are Caribbean immigrants to Britain. McQueen has made four previous films about extreme experience, ranging from the heist thriller Widows (2018) to his Oscar-winning historical journey 12 Years a Slave (2013), from the harrowing story of IRA hunger striker Bobby Sands Hunger (2008) to the almost equally grueling inquiry into sex addiction, Shame (2011). He has now achieved sufficient stature that he can turn away from obviously dramatic or even melodramatic story structures and instead reach back into memory and make the cinematic equivalent of an autobiographically tinged first novel.

Lovers Rock is the opening-night offering in the strangest New York Film Festival ever to be held, an affair in which critics view the films online, and audiences are invited to see the offerings at drive-ins in the Bronx, Queens, and Brooklyn, or to rent the films online at designated times, with prices ranging from $12 to $25.

Lovers Rock and the four subsequent entries in the series, which McQueen calls Small Axe after a Bob Marley song, will be seen in America on the Amazon Prime streaming service later this fall. Set in 1980 on a quiet street of low-rise dwellings, the first episode is the sort of subculture celebration that critics invariably dub “vibrant” and “joyous” while deciding not to notice that it isn’t much of a movie. It’s a plotless, fly-on-the-wall look at a neighborhood house party where two guests, Martha (Amarah-Jae St. Aubyn) and Franklyn (Micheal Ward), meet, take a shine to each other, dance, make out, and part company the next morning, with no hint given as to how far their budding relationship might go. That’s the whole movie, all 67 minutes of it. Other characters pass by, but they’re only sketches: There is a glowering but protective bouncer, a skeevy pick-up artist who turns out to be dangerous, and a range of swaggering young men and shy girls who communicate largely in how they dance, now swaying romantically to a reggae slow jam, now pumping their fists aggressively at a musical call to arms.

McQueen is quite right to feel that the community in which he grew up has gotten short shrift at the movies, with few insiders or outsiders bothering to explore it on screen, but he doesn’t do a great job of making it interesting to the vast majority of the filmgoing audience that is unfamiliar with the milieu. The combination of slang and island accents made much of the dialogue unintelligible to me, and probably to many others, but what I could catch was banal.

Mainly what McQueen wants to do is simply re-create a snapshot of an era, taking his time to notice every detail from the goat stew bubbling in a pot where harmonizing women rule the kitchen, to the plastic-covered couch that men move from a living room onto the sidewalk to create dance space in the first and a resting place on the second, to the deejays fussing over the stereo system. Entrance to the party costs a pound, but pretty ladies are free. Drinks and food are served on a pay-as-you-go basis too, but little if any profits will be made here: The point is to create a welcoming environment for a homogenous community that, like other homogenous communities, wishes merely to exult in all of the things its members have in common, with pesky would-be interlopers kept at bay.

The lovingly cluttered production design (by Helen Scott) and costumes (Lisa Duncan) are the primary attractions, along with a soundtrack of party records that plays so prominently it scarcely matters what people are saying anyway. There’s a sweet moment in which deejays cut into a slick late-’70s dance song to spin Carl Douglas’s early-disco classic “Kung Fu Fighting,” and the crowd duly responds with a mixture of reverence and glee. However, watching other people dance, even to great songs, does not a movie make.

Some of the actors and characters in this film will reappear in subsequent episodes of the series, and I can only hope that this sluggish first chapter will be fleshed out as Small Axe goes on. As a standalone movie, though, it has little to offer except atmospherics.

Fri Sep 18 , 2020
Photo credit: Mr Porter, Danner, Dr. Martens From Esquire You want the best. And heck, you deserve the best. But there’s a lot of choice out there, and sometimes the best is hard to find. Fortunately, we know where to find it. Every week, the Esquire editors reveal their favourite […] 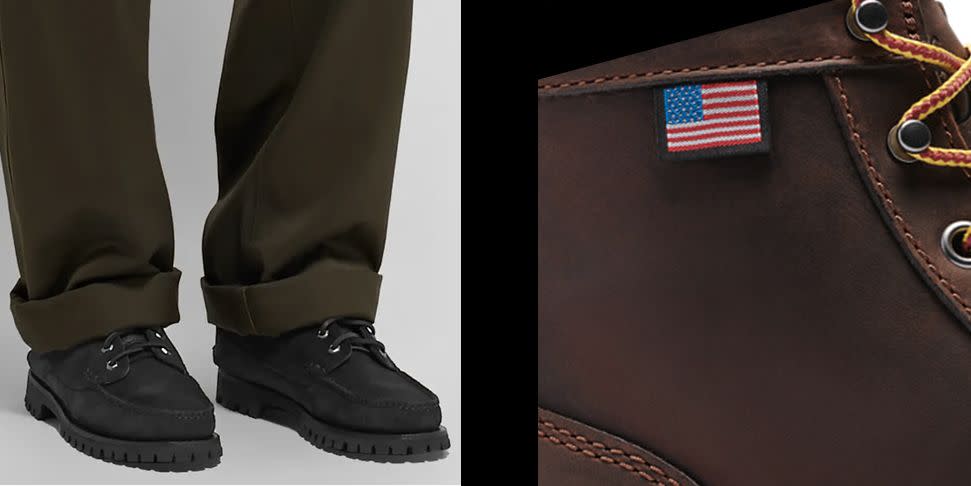